I know it hurts like hell. And I know that there are days when you think you won’t make it. But that is something we’ve all been through. And that is not something you should be ashamed of. It is OK to suffer and it is OK to feel pain. It is also OK to cry. It is not a sign of weakness.

Remember that every night you spend crying yourself to sleep is one night closer to your recovery and salvation.

This guy was a big part of your life, so it is perfectly natural for you to feel a different range of emotions now that he is gone. But you need to remember he was only that—a part of your life. No matter how much you love him or how much pain he has put you through, you still have your life ahead of you and this is only a period of it. You have your family, your friends, your hobbies… and most importantly, you still have yourself.

You gave yourself completely to this guy. You gave him your trust and your love. You gave him your body and soul. And instead of appreciating them, he played with them. Instead of appreciating you, he played with you. He lied to you and he deceived you. He promised you the world, but he only gave you pieces of his love and attention—just enough to keep you around. And every time you thought about leaving this guy, he acted like he sensed it and he would always do something that was just enough for you to stay with him. I know you thought he did this out of love and because he was scared of losing you.

But now that he is the one who left you, you are aware of the fact that you were just good for his ego and that was the reason he didn’t want you to leave him. Now you realize that everything he ever told you was a lie. Now you see that his actions never matched his words.

Now you see how selfish he really was. You see that he never thought of your needs and that he never put any effort in to meeting you halfway. All he cared about was his own well-being and while he asked for everything from you, he never gave you anything.

This guy was leading you on all this time. He promised you a bright future with him, telling you that you were the one for him and that the two of you were soulmates. But he only did this to use you and to get what he wanted from you.

It wasn’t all about sex for him. He didn’t settle until he saw that he had you completely and that he could control you the way he wanted. When he thought he had made you emotionally dependent on him, for him it meant that his emotional manipulation was successful and that was the only thing he ever wanted. It also meant that he was done with you and that he could move on to his next victim.

I know all of this is difficult for you to hear, but it is the harsh reality and you need to face it, if you want to get better.

So, instead of remembering all the good times you two had together, keep reminding yourself of all the times you felt unloved and unwanted. Remember all the times he made you beg for his attention and all the times he made you feel like you weren’t good enough. Keep reminding yourself about all the nights you spent waiting for him to call you and of all the things you missed waiting for him to come and see you. Remember all the moments he treated you with disrespect and all the moments in which he didn’t even try to match your efforts. Instead of thinking about how much you loved him, think of all the times he didn’t love you the way you should be loved.

You shouldn’t be ashamed for staying with this guy for so long. I know he tried to mess with your head and that he tried convincing you that everything wrong in your relationship was because of you. He tried to manipulate you into thinking you were the only one to blame, so you ended up hating yourself, because he knew that would make you a more suitable victim of his emotional manipulation.

You’ll see that you didn’t lose yourself by losing this guy. You’ll understand that you are a complete person without him in your life. While you may think that this guy gave meaning to your life, now you’ll realize that he was only holding you back. And finally, when you understand how wrong he was for you, you’ll understand that him leaving you was the best thing that could ever have happened to you.

I know all of this takes time and I don’t expect for you to see things clearly overnight. It is OK to give yourself time to get over him but please, make the decision to never again allow this guy, or anyone like him, to have a place in your life.

Sometimes life puts us through difficult situations so that we can learn from them. So please try to think of this guy and the toxic relationship you had with him as valuable lessons. This pain you are going through now will soon become your strength.

Please don’t allow this experience to ruin your faith in love. I know that you’ve probably lost trust in all of mankind because of this betrayal, but don’t allow him to change you because that would be his biggest victory. Don’t allow him to make you bitter and cold because you know that is not the real you.

There is nothing you should prove to this guy, but your biggest victory over him will be your happiness. So don’t push yourself too hard, but give yourself a chance for love, once you are ready. When you finally meet the man who will love and cherish the real you and who will consider you to be more than enough, you will realize that everything you have been through in the past was just preparing you for him and that all of it was worth it. 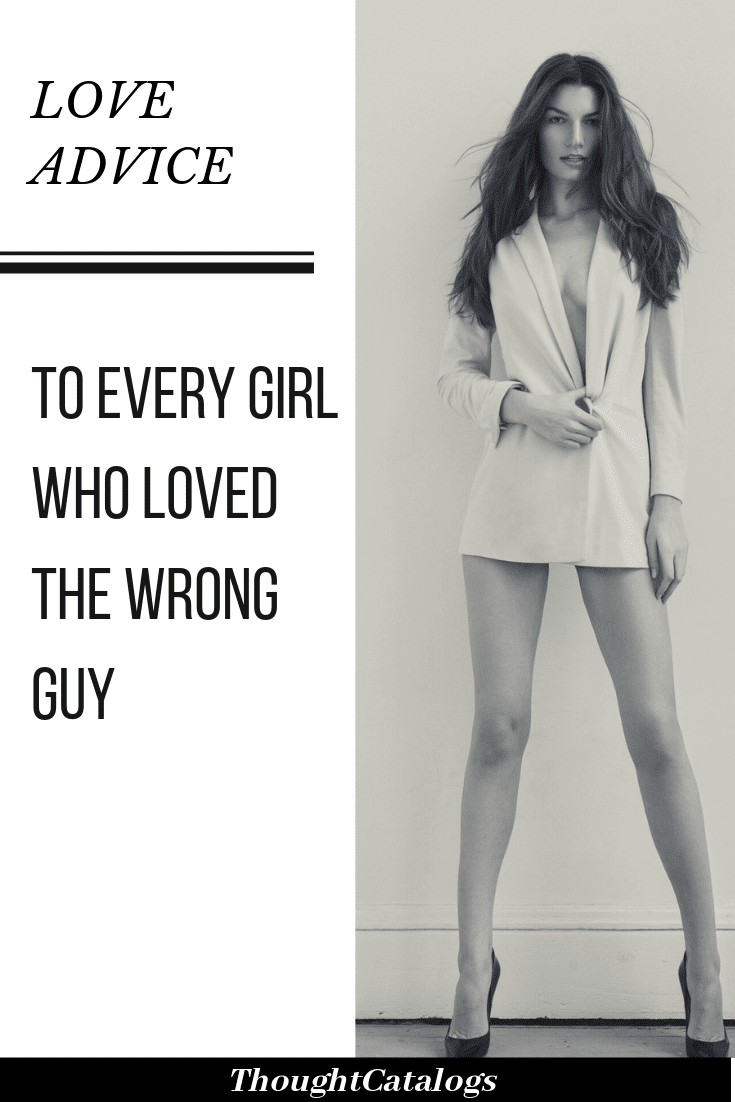 I Am Finally Letting You Go