What you and I had was strong and intense. I know most people think that their love story is different from anyone else’s, but I really do believe that our romance was something special and unique.

From the moment we met, a loud voice inside of me was yelling that we would never work. Although I was someone who always believed her intuition, this time I decided to ignore it. My emotions for you were stronger than my gut and I just had to be with you.

I tried to fight it. I tried to fight you and this crazy passion I was feeling, but some invisible force kept pulling me back to you. In time, I had to accept the fact that I couldn’t control myself around you and that I wasn’t feeling only passion anymore—it had become love.

Although I hated you for the power you had over me, that was also the thing that attracted me to you the most—the fact that you managed to change me. I was always a stable, calm girl and nothing and nobody could rock my world. Until you came along.

You changed every principle I had and with you, I became everything I swore I would never become. While I was with you, everything was an emotional roller coaster. With the two of us, everything was extraordinary; when I loved you, that love consumed me completely and when you caused me pain, that pain devastated me completely. I felt like I was losing my mind, like I was a puppet of my own emotions and whether I liked it or not, they were the only things leading me through life. You made me feel alive, like no one before you, even when I was suffering because of you and especially during our happy moments.

Before I knew it, I was addicted to you in all ways possible—emotionally, sexually and even physically. When you weren’t around, besides being an emotional wreck, I was also feeling physical pain because of your absence and that was something I’d never experienced before.

Despite all the pain you caused me, you also gave me some of the most beautiful moments of my life and deep down, I still believe you did love me very much. Maybe you still do. You just didn’t want to or didn’t know how to show that the right way.

All I know is that it wasn’t enough for me.

When you truly love someone, you don’t give that person the crumbs of your love and attention—you give them your whole self. And that is something you could never do, despite all of my efforts. While I gave myself completely to you, you always kept a little piece of yourself hidden from everyone, including me. And no matter how much I tried, I could never reach that part. No matter how close you were to me, I always felt there was this distance between us. And every time you felt like I was getting too close to you, you would run away or walk away from me.

Before I met you, I was a rock that couldn’t be broken by anything or anyone—or at least that was what I thought. But with your every departure, I became weaker and weaker. I spent my days waiting for you to come back and accepting the apologies you never gave me.

I never knew what was going on with you when you weren’t around me. I never asked if you were seeing anyone else, not because I trusted you blindly, but because I was terrified of your answer. And although I was better off not knowing, that was another thing that was killing me.

However, I thought all of my sleepless nights and tears were worthy of you coming back to me. But after a while, I realized that my moments of painful solitude were becoming longer and more often and that our common moments of happiness became rarities.

The last time you came back, you promised me we would finally have a happy, calm life. You promised me you were done with your doubts and that you were sure that I was the one. We talked about our future.

And everything seemed perfect for a while. But then you did it again. I don’t know if you got scared of opening up too much to me or if you had found someone else. Actually, now that I think about it, it doesn’t matter. The only thing that matters is that you have left me again.

Only this time, something broke deep inside of me. If someone asked me why this time was different, I wouldn’t know the answer. I guess I’ve finally had it.

Your final departure was the last nail in the coffin. I am out of time, energy and patience and I think I’ve reached my personal emotional bottom. Although someone may think this is a bad thing, it actually isn’t—there is no way but up to go from down here.

I think this is the hardest thing I ever had to do, but I am finally letting you go. I am letting you go, even though I don’t know if you even planned on coming back to me or not. Either way, you no longer have somebody who will be waiting for you, no matter what.

And I am not saying this just to scare you and make you come back to me. I know you probably don’t believe me, but I am really letting you go and with you, I am also letting go the person you made me become.

I am getting rid of everything that reminds me of you. I am throwing away all of our memories. I am burning every photo of the two of us smiling and I am giving away all of your gifts. Not because these things don’t mean anything to me, but because I could never move on with my life while stumbling on fragments of you.

And I am letting go of the possibility of saving you because now I know I need to save myself first. I really want to be happy, you know. And everything I did with you and for you was because I craved that happiness. I thought I could have it with you but now I know that was impossible. And it was about time for me to accept that.

Walking away from you is something I thought I would never get myself to do. But at the same time, it is something I need to do if I want to rescue myself.

If I stay in this never-ending circle with you, I will break completely. And I will become just like you—cold, distant and emotionally unavailable and that is the last thing I want. And I wouldn’t have you to help me glue myself back together.

I want to learn how to be a complete person again, without you in my life. And I want to try and find happiness with someone new.

You shouldn’t think I am holding any grudges. Despite all the pain you’ve caused me, I really do forgive you, because I know you just didn’t know any better. And I wish you all the best, from the bottom of my heart. 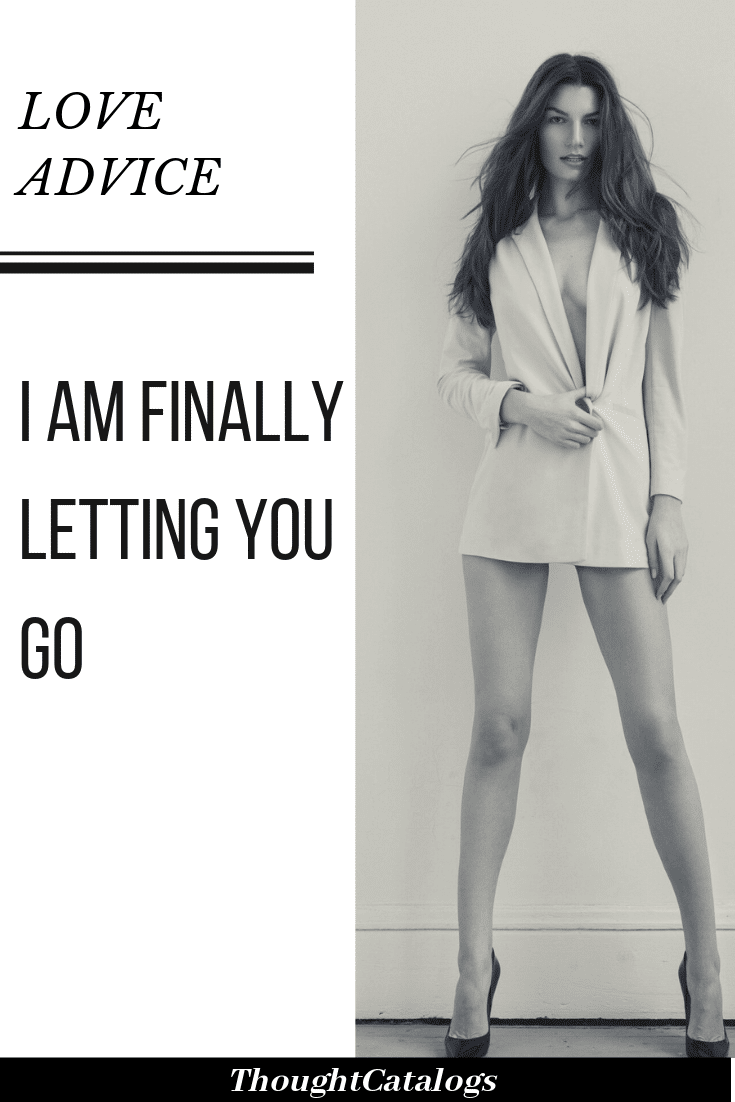 To Every Girl Who Loved The Wrong Guy

Check Also
Close
Featured Posts
Opposite And Least Compatible Zodiac Signs, Based On Your Zodiac Sign
15 hours ago

These Zodiac Love: Sooner Or Later These Zodiac Signs Have To Be Together, Based On Zodiacs
16 hours ago