There is this super cute guy and you just had the very first date with him but you can’t seem to wrap your mind around if it went well or not. Don’t worry, you’re not the first one that has had such doubts, plenty of women have gone through the same sweet suffering.

We have for you three guidelines that will give answers to your doubts.

Where was your first date?

“Would you like to go on a date with me?”- is not quite the question that is still present when asking a girl out. It is much more stressful to ask: “Are you up for a cup of coffee?”- since everyone is up for a cup of coffee. I mean, who doesn’t drink coffee these days, it’s like drugs, but only legal. The chance to get a NO when asked such a question is not as high as when you ask a girl on a date.

This simple question isn’t insinuating anything directly, you might be friends, or you might drink coffee only once and never again but you might as well end up drinking coffee for the rest of your lives together.

The catch lies in where you go after this question is asked. Ok, you’re out and he doesn’t take you on ONLY for a cup of coffee. Well, you’re definitely in the game!

It can also happen that he did take you for a cup of coffee but you stayed there long after you finished your coffee… you’re still in the game.

But if it was only a cup of coffee that lasted for merely an hour or so, I wouldn’t get my hopes up. Reality can be harsh sometimes, but it’s better to stand firm with both of your legs on the ground, instead of flying like Icarus, too high…

It is not the end of the world, in case you decide to be persistent you can always ask him out “for a cup of coffee” and switch roles, after all, it is the 21st century. Don’t let anything stop you.

A new video reveals how to speak your man in a language that touches a primal inner part of his mind and becomes a constant source of excitement, interest, and pursuit for him.

How did your conversation go?

There is this constant struggle we have when asking ourselves was the conversation interesting to the other part of the table. There isn’t only one answer to this question.

Did he have a smile on his face while talking to you? It’s your first date and it’s OK to talk about some serious topics, but you are still a young spirit and so is he, keep that in mind. Imagine what would be the rest of your life if you only had to talk about serious stuff. Feel like dying of boredom yet?

Remember to bring a good mood to the date and keep him laughing and do not take the smile off your face, a smile is always toxic! If you did this, there is a high chance that you might meet another time.

Think about this as well: Was he constantly checking his phone? If the answer is yes then do take my condolences, whatever you were talking about was far less interesting than his Facebook feed, or Snapchat notifications. And he can scroll through his social media in the comfort of his own home.

Last but not least pointer: Was he constantly in search of new topics? If he enjoyed your company then most probably he would like to spin different topics with you and engage himself in endless conversations. If there are things left unsaid or topics that you didn’t have time to go over, cheers, you’ll be discussing them on the second date!

How did he behave?

When it comes to his behavior there are a lot of aspects that will tell you if is he up for another date.

Did he pay?– if he paid the whole bill it means he wanted to impress you and he wanted you to have a high opinion of him. You might as well split the check but he played his macho card hoping to see you one more time.

Did he follow you home?– if he offered to follow you home, or if he even did it, you must have left a good impression on him. You only ask for more time with those whose company makes you happy. Plus, he might as well be worried if you came home safe so he wanted to be sure in that as well, you know… since he’s worried about you and stuff. 😉

Did he try to kiss you?– if he liked you, then he’d probably try to kiss you. Let’s not fool ourselves, nobody is waiting for the third date to try to steal a kiss, he doesn’t think of you as an easy girl if he tries to kiss you. He’s just that into you and he’d never forgive himself if he hadn’t tried. It’s up to you if you’re going to kiss, but this in most cases promises another date.

Did he say he enjoyed the date?– if the guy says he enjoyed the date just accept it. Why would he lie? He could choose not to say anything and that would be perfectly fine. But if he says it out loud, my dear then that is true. Guess what people do when they enjoy something? Well, they repeat it!

Hope you got your answers but more than that I hope you got the positive answers and that soon you’ll be enjoying another date with your cute guy as well. Fingers crossed! 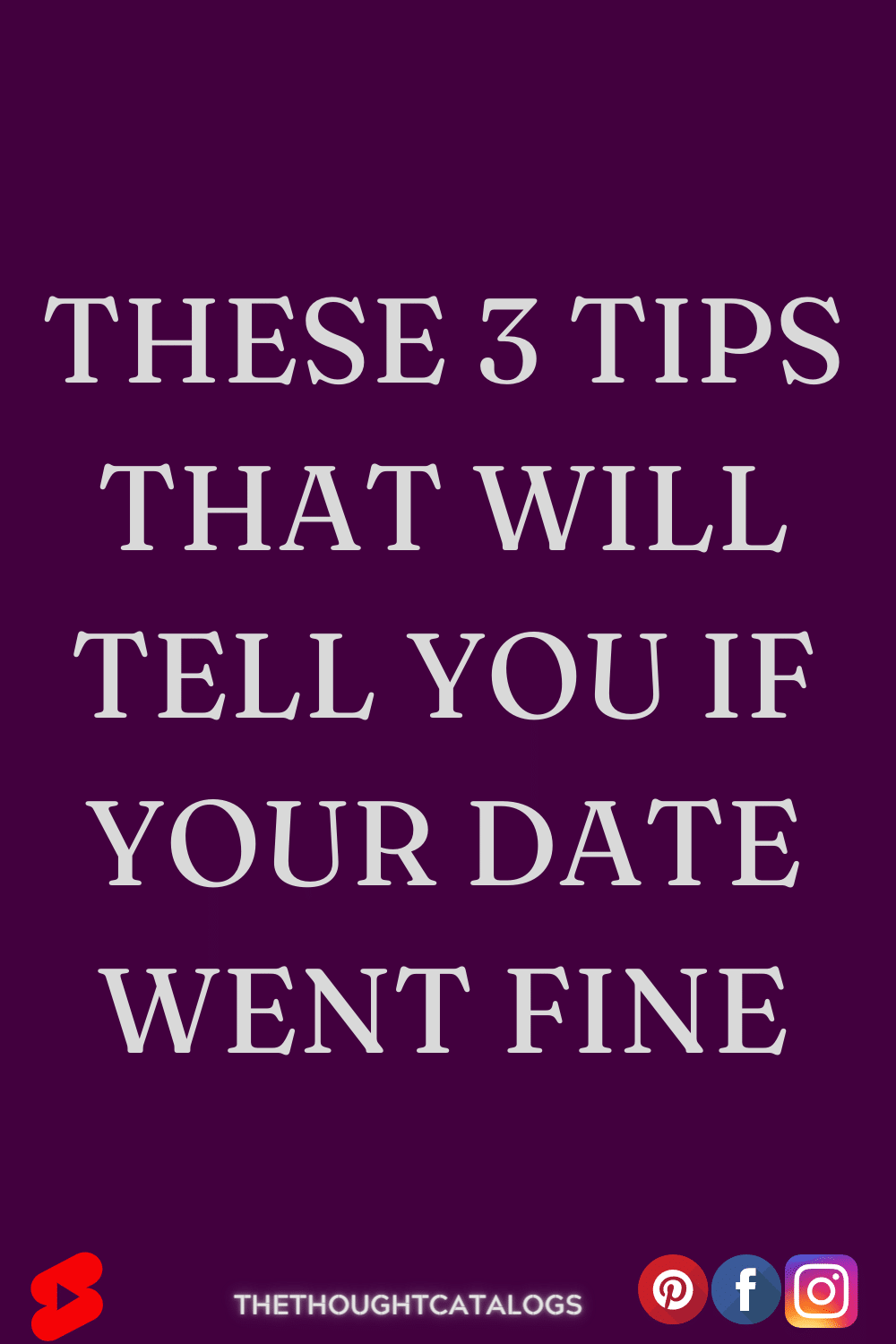 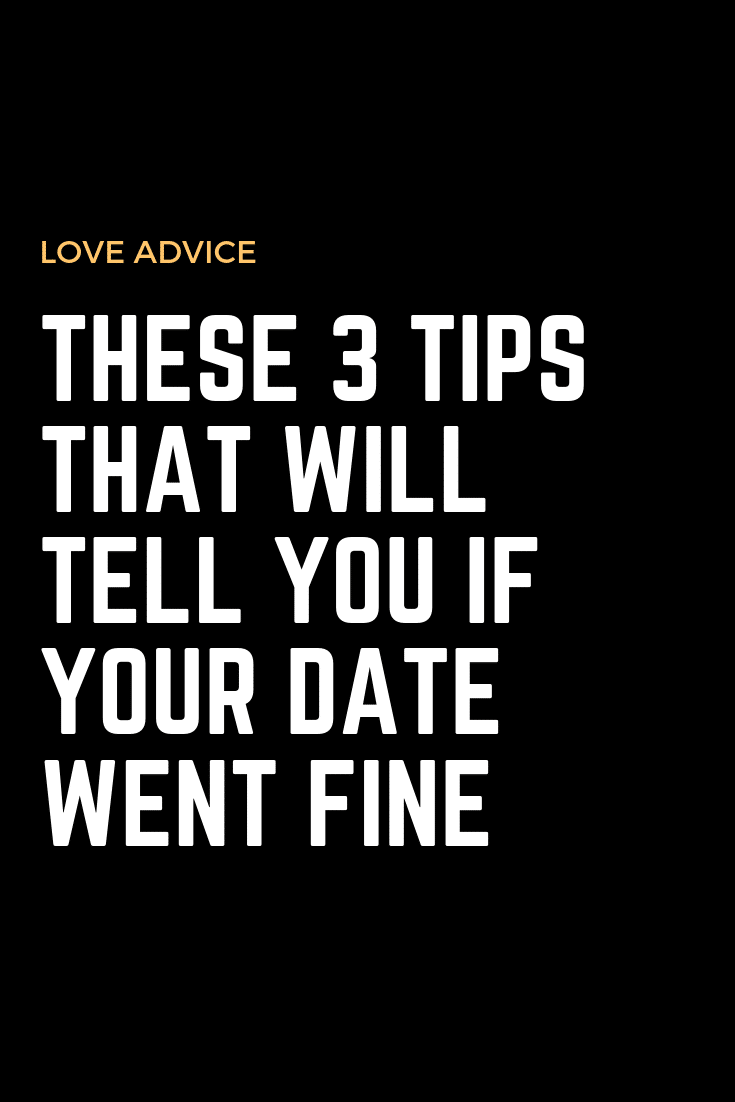