Even though you broke things off, do you still have a feeling that he is sending you some mixed messages? There is one part of you that is sure you’re done and nothing can happen to change that, but there is also a part of you that still hopes things will get back on track.

Him sending mixed signals after you’ve finally accepted it’s over doesn’t help very much, does it? It was enough that you had to go through the healing phase and cry your share of tears and force yourself to forget him, without him giving you false hope too.

After you break up with someone, your relationship can go in so many directions. You can stay friends, you can still hook up from time to time, or you don’t want to hear his name ever again. It’s very hard to know exactly where your relationship is heading because men usually don’t spell out clearly what they want. Heck, maybe even they don’t know what they want—whether to keep you in their life or to pretend like the two you never happened.

How to know what he wants? How to know if he wants to get back with you because he still loves you?

Breaking up is hard. You have to deal with the fact that you’ll never again be in his arms. He will never again kiss you when you meet, like he hasn’t seen you for months. You just have to accept it and go through the process of forgetting about him and what you had.

But, just as you were ready to move on, you get the feeling he still has some feelings for you. It’s like he knows that you finally found peace and then he comes back and ruins everything by sending you mixed signals.

You could get back with him, but that’s usually not a good idea. Just think back on your relationship and try to exclude all the good memories you have and just think about the bad ones. If you broke up, you probably had more bad and ugly moments than those happy ones.

Nevertheless, it feels pretty good to be missed instead of missing someone for a change.

Here are the signs your ex still loves you and probably wants you back:

1. He calls you when he’s drunk

It is said that when they get drunk, people speak about what’s really on their minds, they are completely honest and they will say things that they would never say sober. Alcohol lowers his inhibitions, so he will say what he has been hiding from you.

When he gets drunk, the rational part of his brain tells him it’s over and there is no point in calling you, but on the other hand, that other part of the brain gets much stronger and louder when he’s drunk and it’s shouting: “You have to call her, maybe there is still hope for the two of you!!!”

When he calls you drunk, remember that you have to be careful. Don’t say something you might regret and don’t give him any hope. If he still has the balls to talk to you tomorrow about the same thing, then give this situation a second thought.

2. He is still not dating anyone

If he isn’t dating anyone and it’s been a while since you broke up, he probably still has some feelings for you, so he decided to wait to see if his luck is going to change.

Even if he goes out with someone, he will do it under the radar because he doesn’t want to hurt your feelings and he himself is unsure about it too.
But in case he is dating someone…

3. His girlfriend is threatened by you

She can’t stand to look at you or hear anything about you, let alone be in your presence. This is an obvious sign that he has been talking about you a lot; that’s why she feels threatened. She has the feeling that he hasn’t moved on completely (and she’s probably right) or he’s second-guessing himself about his current choice.

Who knows, maybe he called out your name during sex? No wonder she still feels like you are more important to him than she is.

One moment he is completely into you and he gives you attention that kind of freaks you out, and the next, he shuts you out like you are his arch-enemy. This behavior has to be super-confusing to you, which is more than normal, but it’s exactly the way he feels.

He is still confused about you. Maybe even he doesn’t know whether he still loves you or if he is ready to move on. You can’t wipe out all the feelings you had for someone in a day just because you broke up. That is a process that is usually very painful and long.

After a break-up, you should stay strong. If he sends you texts and then stops, don’t send him any either, play it cool like you really don’t care. Don’t let his confusion freak you out or give you false hope.

5. He’s a completely different person all of a sudden

He starts acting completely different around you once you’ve broken up. He becomes extremely friendly and all his bad qualities suddenly disappear, leaving him heavenly beautiful and just perfect. Don’t fall for it. He knows how to be good when he wants to, and right now, he wants to get you back, so he is playing you by acting perfectly.

If you agreed on staying friends and he speaks to you softly and whispers sweet things in your ear, or does pretty much anything that crosses the friendship line, he still has feelings for you and he is far from getting over the fact that you broke up.

6. He wants to make you jealous

If he is acting too involved with his new girlfriend or an upcoming date, or if he is bombarding social networks with announcements that he’s meeting someone, he is doing all that on purpose to mess with you. But what he doesn’t get is that he is not coming across as a badass who has moved on; he is actually revealing the fact that he still loves you and that he wants any kind of response from you to see if you feel the same.

He really cares about what you think of him. His behavior is trying to make you want him back. Once again, this is usually not a great idea. But if your gut is telling you to take him back, try it. 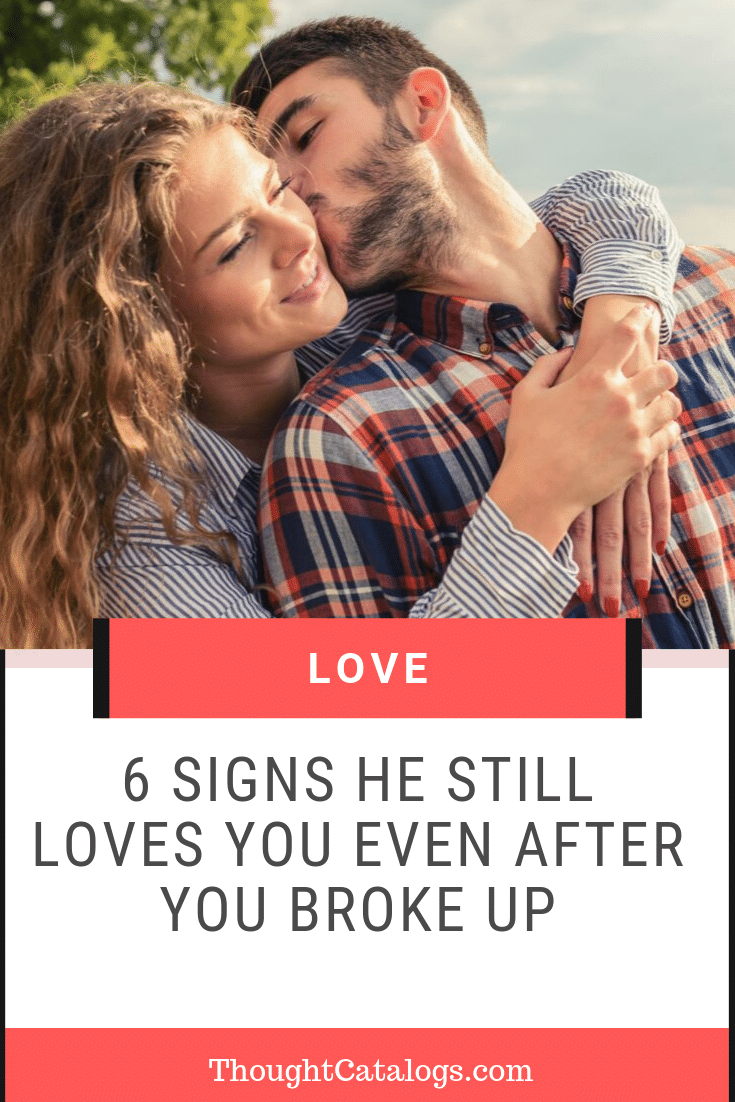 I Know It’s Selfish, But I Don’t Want To Lose You

Check Also
Close
Featured Posts
These Zodiac Signs Ranked From Nicest To Cattiest, Based On Zodiac Sign
5 hours ago

These 3 Zodiacs Who Absolutely Hate Catching Feelings In February & March 2023, Based On Zodiac Sign
5 hours ago

These Zodiac Signs Ranked From Most Psychic To Totally Clueless in 2023, Based On Zodiac Sign
5 hours ago

These 4 Zodiacs Who Will Walk Away If They Catch You In A Lie In 2023, Based On Zodiac
5 hours ago