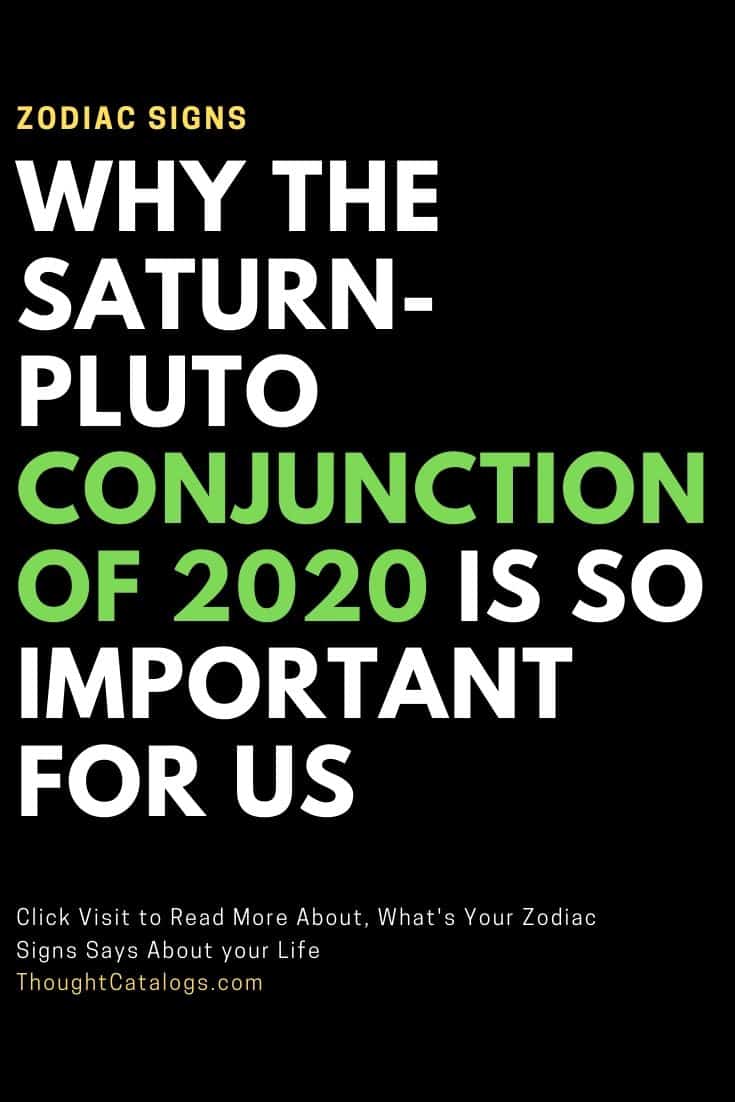 Astrology is all about finding out how the planets above affect us on Earth. It does not always include human lives, but all the things that happen around us, including the environment, politics, social conditions, and life cycles.

One major planetary alignment is going to take place next year and it will be one of a kind – something that will affect us from all ends. 2020 is the year to be marked.

In this year, Saturn and Pluto will be in conjunction at 23-degrees of the sign Capricorn. It’s a special planetary dance – a dance to a tune which brings about a change in our lives.

Saturn is all about law and restoring order. When it comes near to Pluto, it brings about changes in our socio-political systems. It turns out to be a time of revolution – of change.

According to Maurice Fernandez, this cycle takes place about every 33-38 years. It varies due to the highly elliptical shape of Pluto’s orbit. It brings about a distribution of power in such a way that our decision-making processes change.

We can judge things by seeing the larger picture – now, we do not have to hold ourselves stuck in a decision-making loop related to ourselves. We can understand how our decisions can have a significant impact on the wider world.

On the spiritual end, the cycle is about deciding how we can use our resources best from a position of influencing it. It is a test of morality – a test of how we can use power in a specific way. Management of our spiritual side is essential during this time.

How will Saturn and Pluto affect us?

Let’s look at history and draw our lessons from there. Looking back the conjunction happened in October 1914, when World War I was breaking – a moment where there came a shift of powers. The Ottoman Empire, the Austro- Hungarian Empire and the Russian monarchy was dissolved.

In 1921 to 1923, Saturn made a square with Pluto – it brought totalitarianism and fascism in Europe. In 1939-41, when there was a Saturn and Pluto square, the second world war broke out.

In 1947, there was a conjunction of Saturn and Pluto brought about the establishment of Pakistan and India as individual countries. Even Israel gained Independent from British rule in 1948. Power dynamics were changing.

1982 marked another cycle which brought a Great Depression and resulted in the highest unemployment rate in the US. Cold War was escalating as well. In January 1983, the Kilauea Volcano erupted and it became the longest-lasting volcanic eruption. It flows even now.

Now, let’s move to the future.

On 12th January, 2020, Saturn will conjoin Pluto at 22-degree Capricorn. It makes a dramatic pass. It will bring about a power effect which will continue to stay for two more years. This year, you will already feel a bit of the effect too.

There will be some changes in the geopolitical scenario around us. Plus, the environment is a major aspect that is taking place in our life. The angular aspects that Pluto and Saturn are going through marks a focus on environment impacts – a volcano or an earthquake to look out for.

Later on, Mars in Aries will retrograde during 2020 and will square the Saturn and Pluto conjunction. Political conflicts are looking to grow strong. From individual rebels rising up to collective rebellions on a global scale can take place. The separatist sentiment is the US is going to go worse.

Don’t resist change. It will happen whether you want it or not. 2020 will be a year of massive change. Be prepared.

To The Girl Who Was Ready To Give Up

Today’s Daily Horoscope for each Zodiac Sign: Tuesday, May 5, 2020

ThoughtCatalogs - May 5, 2020 0
On Tuesday, you will need a fast pace to adapt to the new situations that will arise that day. They are unlikely to limit your actions,...