‘What changed?’ is the thought that’s echoing in your mind and cannot be silenced. Just a few months back, he wasn’t ready for a relationship. He didn’t want to hear the word commitment, let alone fully be in one.

However, he is ready now. He is ready for it all with her, like he never was with you and it’s making you nauseous just thinking about it. It just doesn’t make any sense.

You want an explanation. You are trying to wrap your head around it all but you fail every time. The questions keep multiplying but the answers are what’s missing and you seem unable to find them.

You feel like you have been doubled-crossed and it’s making you mad.

You spent so much time with him, giving him all the boyfriend benefits and never once did you hear him call you his girlfriend. He wasn’t into labels, he just wasn’t that type.

You don’t know what to do or how to behave.

You feel as if though you should call him up and let your anger and disappointment out. But something is stopping you. You were never officially a thing. You have no right to reproach him.

You want to send him a long text, demanding an explanation, telling him how badly you feel and how much this situation hurts. But before hitting the send button, you change your mind.

He doesn’t deserve to know how much damage his behavior has caused. He doesn’t need to know that he has the power to hurt you that much.

You think back to every significant moment spent with him.

The memories just don’t leave you be. You have this vivid picture in your mind of every time you were close, of every nice thing he did, of every kiss and every hug and you are making things worse on yourself.

You go even further and analyze his texts and every word he ever mumbled. It’s like you are in self-destruct mode and you have no power to put a stop to it.

You are trying to find meaning where there is none.

What does she have that you don’t? What is it inside of her that made him change his mind? What made him want a real relationship with her when he wanted something casual with you?

You were there for him. You did everything right. You didn’t suffocate him, you gave him space, you were never clingy and he still chose her over you. It just doesn’t make sense.

You feel like you have been robbed. After all that time you spent with him, you were the one he should have taken on vacation, you should have been the one who is smiling while he kisses your cheek on that photo.

You feel like the life you were entitled to was taken away from right under your nose and you can’t do anything about it. You feel powerless and deprived. Sadness consumes you.

Finally, you get that moment of clarity.

You realize that it couldn’t be you. Your place was never beside him because he never made room for you. He always held you at arm’s length.

He always gave you crumbs but never everything. He never said that you would be in a real relationship. He only signed up for almost. He only wanted a small part in your life and never a lead role.

You know that this had to happen and it had nothing to do with you.

He was someone you needed in that chapter of your life. But it’s time now to write some new ones. He made you see that you were never an almost relationship type of girl.

There is clarity and peace in your life that you needed for so long.

You didn’t even realize how that unsteady relationship you had with him was bad for you. You never knew where you stood. You were burdened.

You kept on waiting for things to be more real. You wanted more. You had no peace and happiness was a notion that shifted due to the good and bad days you had with him.

You are calm at last. The hoping has stopped. You know that you were never meant to be. You know he wasn’t right for you.

You know that it’s up to you to create your happiness. Now you know that next time you enter into a relationship, it will be real and never again almost. 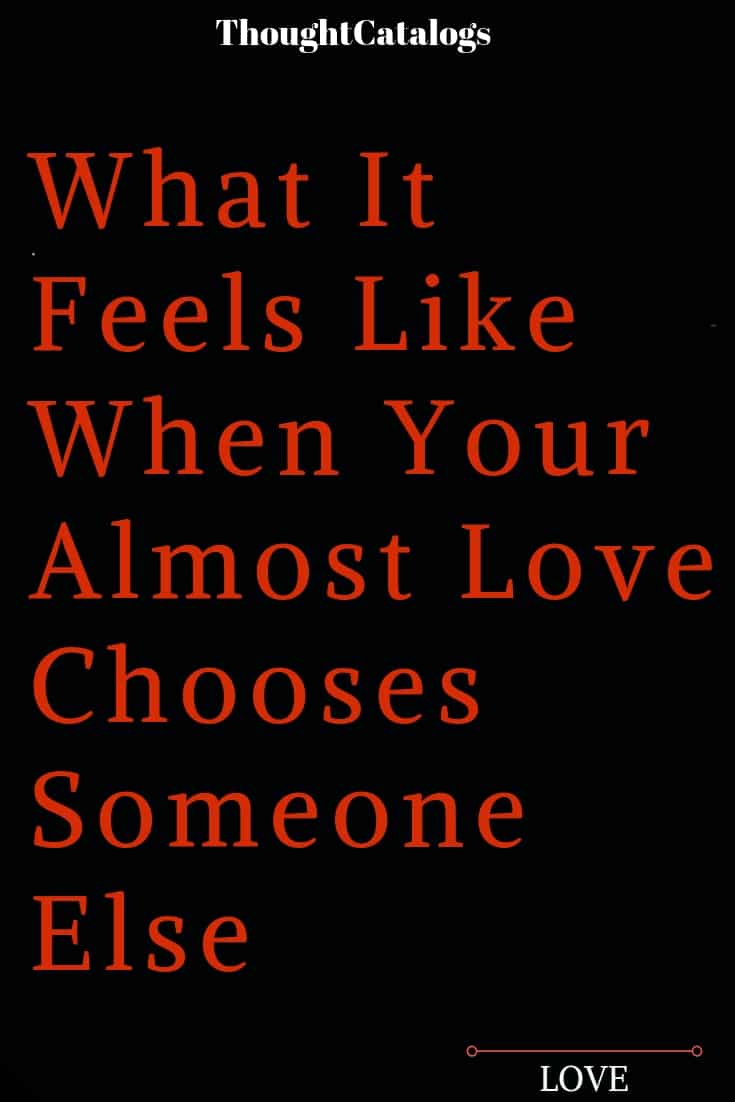 The Truth Is, You Will Never Be The Man I Want You To Be