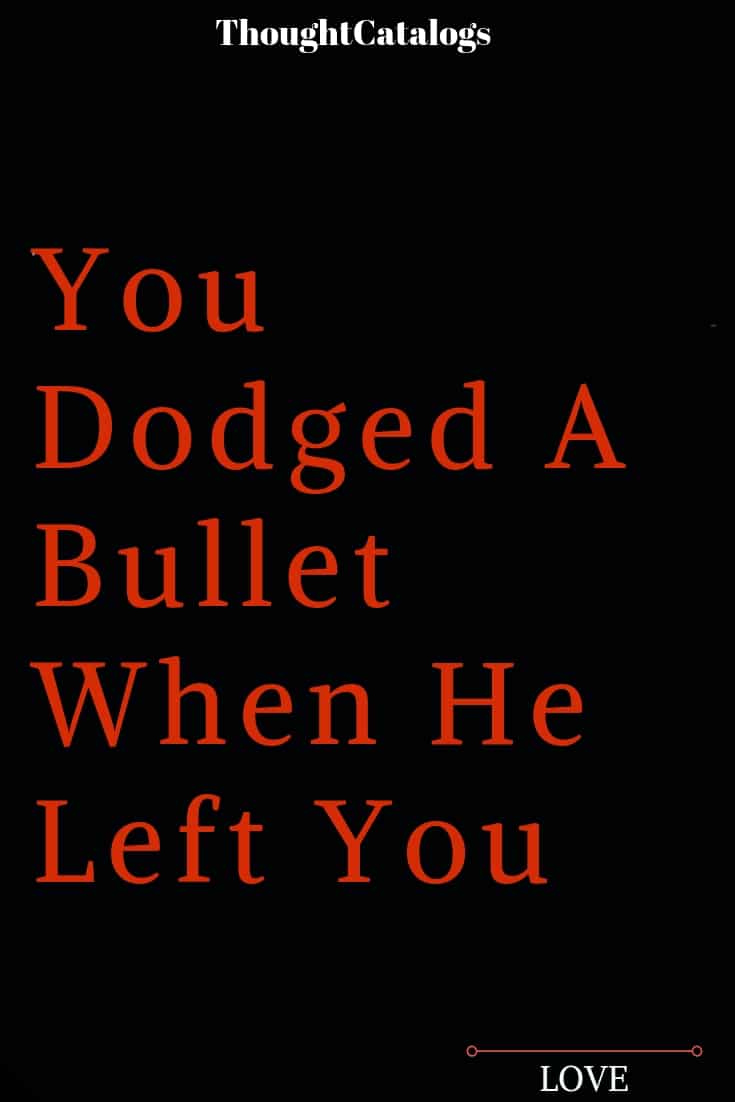 You’ve probably often heard the phrase that everything happens for a reason. And you’ve heard that there is good in everything bad.

You’ve heard that sometimes the best thing that can happen to you actually looks like something awful in the beginning.

But you’ve never believed in any of this. And you still don’t. But let me tell you one thing—you definitely should.

I know that you are going through a lot now.

You had a guy you loved more than you loved yourself and you were convinced that he loved you back. At least, that is what he kept telling you and that was the way he acted.

You dreamed about sharing a life with him. And it appeared that he wanted the same.

Until one day your entire life and all of your dreams and plans for the future collapsed. Until one day you saw that this was all a lie and that he obviously wasn’t the man he pretended to be.

Until one day, he left you.

You just want your old life back and you wish that all of this was just a bad dream from which you are about to wake up.

But the truth is completely different.

I know this is the last thing that you want to hear but the truth is that this man doesn’t love you anymore or he never loved you.

The truth is that he never wanted to spend the rest of his life with you.

Was he pretending to be something he wasn’t all along? Has he been wearing a mask all this time and he never showed his true colors until now?

Did he just see you as something temporary? Did he lie that he wanted to grow old with you and that you were the love of his life?

Did he use your kindness and soft heart? Did he ever love you or did he just enjoy being loved by you?

Or did he simply fall out of love with you? Was he a coward who didn’t have the courage to tell you this to your face so he chose to run away from you?

I guess you’ll never know. But it doesn’t even matter now. Because whatever the truth is, it is more than clear that this man never deserved you.

Because what is important is that you should actually be thankful to this guy for leaving you, even though you don’t see it now.

That him leaving you was the best thing that could ever happen to you.

So are you aware that this guy saved you when he walked away from you?

Because if he hadn’t, you would be spending the rest of your life with someone who doesn’t love you enough.

You would be spending the rest of your life without love and respect. Without being someone’s priority and with a man who isn’t worthy of you.

Neptune Is Retrograde, Revealing The Truth About Your Zodiac Sign

What You Should Stop Giving A Damn About Right Now! (Based On Your Zodiac Sign)

How Many Planets Will Retrograde July 2020? Saturn & Pluto Join 4 Other Planets, So Hold Tight

ThoughtCatalogs - March 18, 2019 0
You might think you’re in love with your partner, but if you’re not 100 percent sure this is the case, you’re probably fooling yourself....