How many times did it happen that you tried to find love in all the wrong places? How many times did you think that the man sleeping next to you was the right one? I know, it probably happened to you countless times but you still couldn’t affect on that. I know that we are bombarded with the enormous love lives of all those celebrities around us. I know love for them is all about expensive gifts and traveling to exotic destinations. I know they show each other the love they feel by diamond rings and Rolex watches, but in all that mess I figured out that love is much more than that.

You see, for me, love is the purest feeling of all. Love is not jealous, love is not hard, and love is not something that you can buy. With the right man, love feels like something as normal as breathing.

If you have found your soulmate, he will love even your worst edition like it’s your best edition. But with the wrong guy, it doesn’t help if you are your best edition, because he won’t feel that you are worthy of his love. I know that people sometimes find love in the wrong places. And I know that the love they were seeking was never there where they thought it would be. But on the other hand I know people who don’t seek love at all, but it knocks on their door when they least expect it.

You don’t need to be all dressed up to catch the attention of a guy who you like. You don’t need to look like a Victoria Secret’s Angel to win over a man you find attractive. You could be cleaning your house in an old tracksuit, with messy hair, glasses on your face and without any makeup, when all of a sudden you hear the doorbell.

And when you open the door, you will see the most charming smile ever and BOOM, you are head over heels in love with him.

So, ladies, don’t think that you will get the man you like by your physical appearance so much. The right guy will cherish you for more than that. He will recognize a good soul, who is caring and loving for all the people around her. He will recognize a sincere smile when you are looking in his eyes, blushing because he complimented you. He will see that you are a woman to love when you say that you are willing to solve every problem by honest talk. And when he sees all that, he will fall so hard for you.

Sometimes, there will be a storm that will keep you apart but just so you can learn that you can’t live without each other.

Because he will be there to kiss where it hurts and until it stops hurting.

He will be there to make all those dark clouds go away. He will make an oasis of peace just for the two of you and it will be your private paradise. He will do anything for the woman he loves because he knows she is one of a kind. And he knows that all that effort is not in vain. He realized that he had found what he had been looking for and he now won’t let you go so easily. After all, you are the apple of his eye and his reason to get up every morning. And that, my darling, is something that is worth the wait! So, the next time the two of you fight, you should be happy, because fighting means that he truly cares about you and you should only worry about that when he stops doing it. So, go ahead, fight with your man, push him to the edge but never let him fall down.

And don’t forget to tell him that you chose your man to argue with, and that you will never do it with anyone else for the rest of your life. 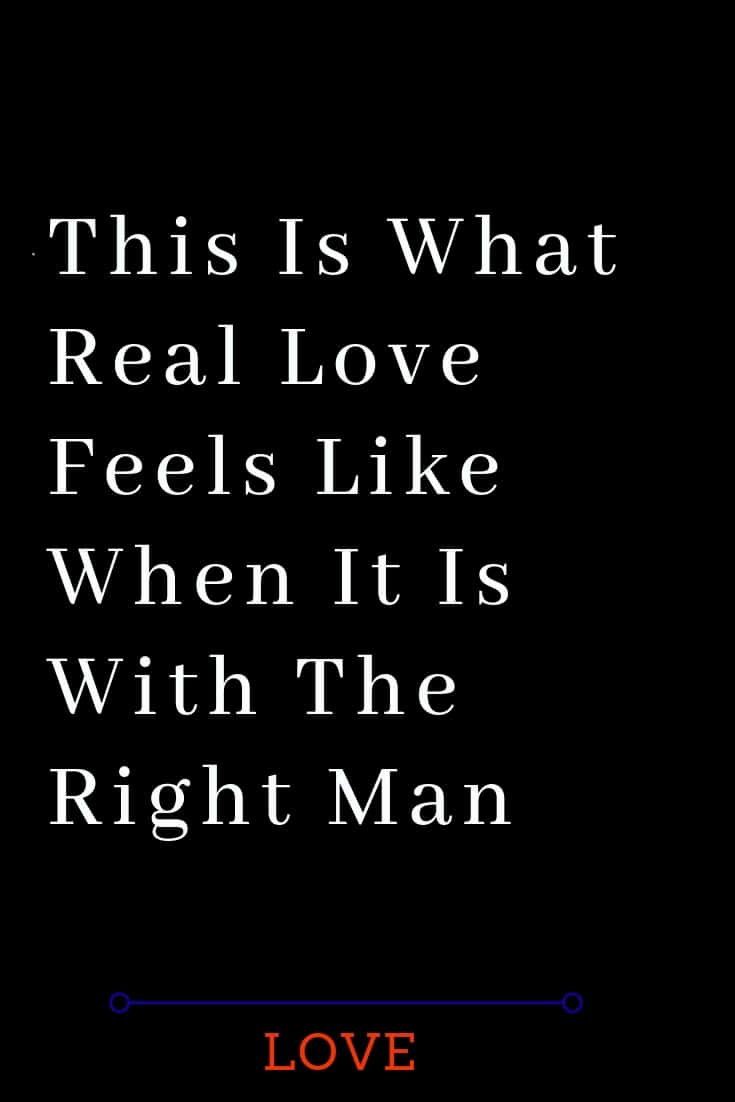 Don’t Make Her Wait Too Long

When You’re In Love, You Don’t Walk Away When Things Get Hard