If He Does These 11 Things, You Are No Longer His Priority

It’s more than logical that you’ll be a priority at the very beginning of a relationship when everything is still fresh and while the two of you are still unknown to each other.

However, after some time, when you get used to each other, men can start taking you for granted and easily neglect you.

Maybe you’re one of the lucky ones who didn’t experience this, but if you feel like your man has changed, we bring you 11 signs to see if he doesn’t treat you like a priority anymore.

1. He Takes Hours To Reply

In the beginning, you probably texted a lot and you didn’t have to wait longer than a few minutes for his reply. But after some time, your texting became rarer, the messages became shorter and even the love you expressed to each other through messages somehow disappeared.

Now, it takes him a few hours to reply and it doesn’t even make sense to continue the conversation after so much time. Whatever excuse he might offer, never forget that you can’t be so much busy to be unable to find less than 30 seconds to reply. It’s not about the time; it’s about priority, you know.

2. He Doesn’t Pick Up The Phone When You Call

In the beginning he called just to hear your voice. You talked for hours before you fell asleep, but all that is gone now. Now, he hardly picks up the phone when you call and he doesn’t even call anymore.

Also, he no longer has this habit of calling you back when he sees a missed call. It’s much easier for him to come up with excuses such as “My phone was on silent”, “I forgot to call you back”, “I was too busy to pick up the phone when you called”. His excuses are all lies, but what they’re telling you is true—you are no longer his priority.

When you first started, all he wanted to do was spend some time alone with you. He used every window of opportunity to steal some minutes of your time and he loved planning ‘getaways’ just for the two of you.

Now, he doesn’t even bother to accept the call out—he rather stay in. It’s just that he doesn’t see the point of going out with you and spending time just with you when there are other people you could hang around with.

Make no mistake: regardless of how long you’ve been together, in order to have a healthy relationship, spending quality time just with you is a must. In case he’s constantly avoiding this, be smart to figure out what this means. How To Make “Winning Your Love” A Sexy Challenge No Man Can Resist

4. He Doesn’t Care About Your Feelings Anymore

Perhaps seeing you happy was his favourite thing and he did everything he could to put a smile on your face. He did even the impossible in the beginning and now it seems like he doesn’t care about your feelings anymore.

When you try openly to tell him how his actions make you feel or that you’re bugged by something he did, he says something just to brush you off or make you stop talking about it. Often he changes the topic and starts talking about something else because your feelings are no longer his priority.

5. He Chooses To Spend Time With Others Overs Spending Time With You

When you first started, you had your own rituals and days in the week when you knew you’d be spending time together. Now, it seems impossible to catch him without other people around him. Every time you’re supposed to spend time together, there is always someone showing up ‘all of a sudden’ to spend time with you, too.

When you suggest him to do something with you such as going shopping or to the movies or to the park, he chooses to spend that time with someone else. If he’s choosing to spend time with others instead of spending it with you—you two have a problem.

6. He Doesn’t Listen When You Talk

Once, maybe a long time ago, you were often flooded by the questions, “How was work?”, “How was your day?”, “How are you feeling?” etc., but now he doesn’t even listen when you talk. You spend most of the time in silence or scrolling social media together.

When you try to start some topic, he seems rather uninterested to engage in it. When you try to tell him how your day was or tell him something funny that happened to you, he seems bored or your talk is finished without him showing any interest in it.

Sometimes, he even nods to something you tell him or ask him and later on, he doesn’t do it, telling you he forgot when in reality, he wasn’t paying any attention to it. If he doesn’t listen when you talk, that’s the ultimate sign he doesn’t see you as his priority anymore.

Before, he was doing everything in his power to get you to like him. Now, it looks like he’s doing everything so you’d fall out of love. Instead of giving you what you deserve, treating you with respect and being there for you, he just keeps making excuses as to why something can’t be done.

It’s easier to make an excuse than it is to make an actual effort. And when all you get are excuses, it’s a red flag that something is going downhill in your relationship. How To Make “Winning Your Love” A Sexy Challenge No Man Can Resist

8. He Just Leaves In The Middle Of An Argument

Leaving an argument is okay only if you want to give yourself some time to chill so you’d be able to asses the problem cold-headedly. But if he’s constantly running away from you in the middle of an argument, that won’t solve the problem, but it will create even bigger ones.

9. He’s Cutting You Off When It Comes To Hanging Out With His Friends And Family

You used to hang around a lot with them, but now he doesn’t take you to any family dinners, he doesn’t invite you out with his friends and he plans things with them but doesn’t include you.

10. He Bails On You When You Need Him The Most

Once upon a time, he was the man who was running to save you no matter what. Regardless of which messy situation you found yourself, you knew you could count on him. But now, things are different.

If he leaves you alone at the times when you need someone to be there for you, if he doesn’t show up when he promises and if he doesn’t care about your needs anymore, unfortunately, things are not great. How To Make “Winning Your Love” A Sexy Challenge No Man Can Resist

11. Doesn’t Treat You With Love

You know you are loved or at least you knew you were loved. But now things have changed. You no longer feel that way. You don’t see yourself in his eyes anymore. And each thing he does seems to be done so he’d push you away.

In the beginning, he did everything to win you over, but now you don’t see a trace of that man anymore. He doesn’t text you often, he doesn’t call to hear your voice, he doesn’t want to know how your day was, he brushes you off often and you can’t remember the last time he made you feel special.

Perhaps now things seem a bit hopeless, but it doesn’t have to be this way. You have two choices. You can either do something about it or you can walk away.

You can try to build your relationship up again and find a way to bring all those happy and good moments back or you can choose to walk away from someone who took you off of his priority list. Whatever you choose, remember the decision is only yours.

Make sure you take the road which makes you happy. 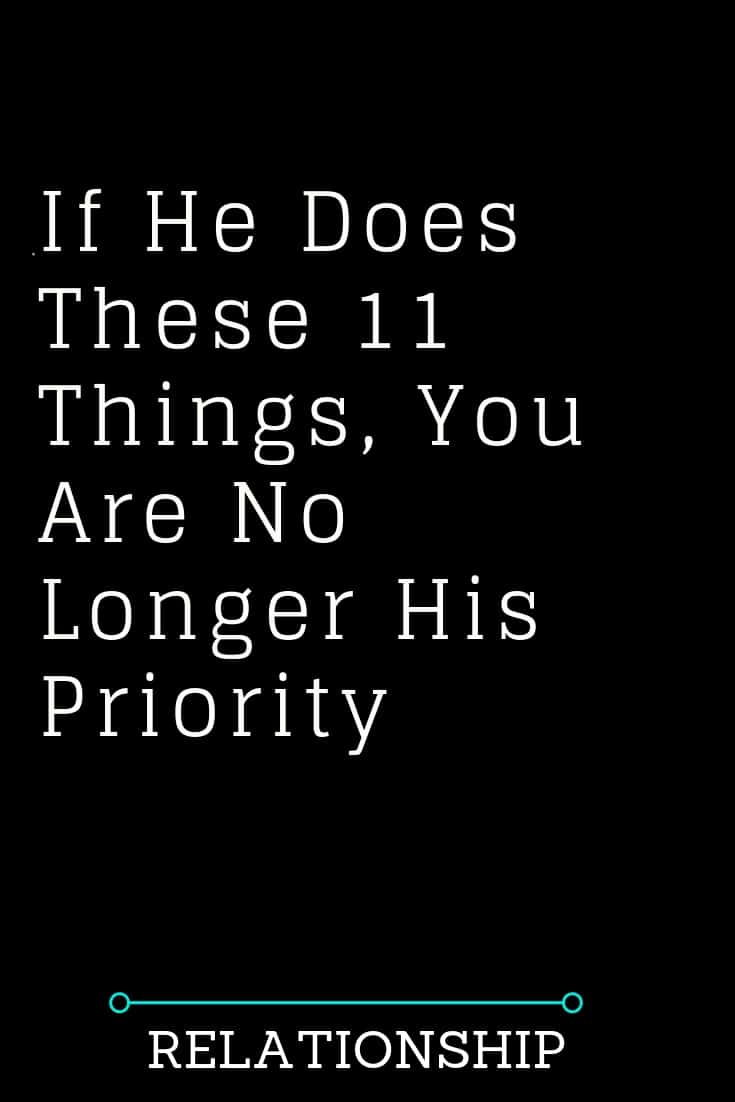 The Moon enters independent and free-thinking Aquarius at 12:37 AM, opposing Mercury at 4:01 AM and clashing with Uranus at 4:37 AM. This stirs...

This Is Your Potential Soulmate (According To Your Zodiac Sign)

Aries Your potential soulmate is Aquarius. You don’t need a physical connection with an Arian. The moment you meet, you will click on an emotional level and...

Some guys, despite the fact they are good guys, just don’t know how to act around girls. Something just happens and they freeze. It’s...

The first week of November delivers us a dark sky thanks to the Nov. 7 new moon in Scorpio. Whatever happened in the beams...

As horrible, toxic, and manipulative as they are, psychopaths can actually teach you some really valuable life lessons, when you choose to dig a bit...
𝐓𝐡𝐞 𝐭𝐡𝐨𝐮𝐠𝐡𝐭 𝐜𝐚𝐭𝐚𝐥𝐨𝐠𝐬 is an Educational & Entertainment Platform theme. Our Team Publishes 100+ Content On Weekend/Monthly. We will motivate the needs of any person & make them inspire instantly You, Will, admit Once You Begin Your Journey With Us. The Thought Catalogs platform is a perfect choice.
© Copyright © 2022 - All Rights Reserved | TheThoughtCatalogs.