All the times she believed you loved her, you just played her. You know what you have to do in order to get what you want. You knew all the right words to say and all the right moves to make so that she would fall for you. To make her believe that you’re honest, while that word doesn’t even exist in your vocabulary. She fell in love with you without even thinking about it, because it felt good. It felt right.

All the times she believed she could trust you, you used her trust against her. She trusted you with her heart and her life. She let you in, even though people used her before. She gave you everything, even though she lost it all before. But she trusted you. You were the one risk she was happy to take because she believed that this time, it would be different.

All the times she listened to your words like they were holy Bible, you intoxicated her with them. At first, it was all giggles and laughs mixed with expressions of love and compliments. And with time, your compliments turned into manipulations. Your expressions of love turned into conditions. But she still loved you. She still believed in you. She still believed in the love you two had. Or at least she thought you did.

All the times she gave you a second chance, you took it to break her once more. She tried to escape; she tried to walk away. You were like a boomerang she couldn’t run away from. And every time you would bounce back, you would break her more. You would take away one more piece of her, until nothing was left.

You took the most amazing woman with the biggest and greatest heart the world has seen and you broke her. You took her trust and stomped on it. You took her love and set it on fire so she’ll burn in it. But she still managed to see through your lies and manipulations. She still managed to see the truth and to finally see that she deserves more than you. More than what you can even dream about giving to someone.

You can’t lose something you never had, but it still doesn’t mean it hurts less. She never had your love, but losing you still hurt. The fact that she loved someone who never loved her back. The fact that she gave herself to someone who only took the  parts he liked. That’s not love, for God’s sake. Love is accepting and loving each other the way you are. But I guess that’s science fiction for you.

But she’s getting there. She’s learning to love herself the way you never knew how to love her. She’s learning to put herself first, something you never even considered. And she’s accepting the truth that it was never her fault you left because you weren’t there in the first place. Not for her, not for your relationship. And not for love. 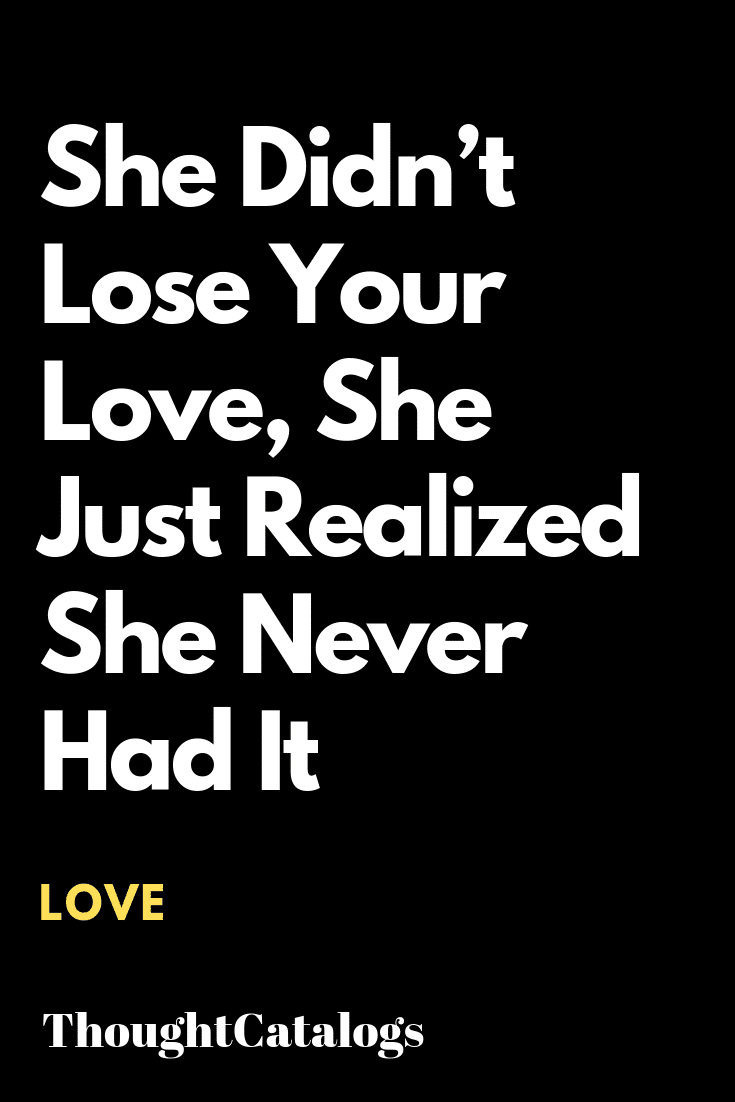 Here Are Ways To Impress Women According To Their Zodiac Signs

2022 Horoscope : Zodiacs Ranked From Who Gets Right Into The Christmas Spirit To Who Is A Total Grinch, Based On Zodiac
2 hours ago

The 5 Zodiac Signs Will See Their Love Life Shift In 2023, Based On Zodiac Sign
3 hours ago