Jannah Theme License is not validated, Go to the theme options page to validate the license, You need a single license for each domain name.
Facebook Twitter LinkedIn Tumblr Pinterest Reddit VKontakte Odnoklassniki
Making mistakes is an inevitable part of life. Sooner or later, we are all going to screw up, one way or another. The sooner you make peace with that, the sooner you’ll be able to live your life to the fullest. The whole point is to not let those mistakes define you and your future choices. You are NOT your mistakes, nor do they make you a difficult person to love. Stumbling and falling is what builds you as a person. The more you fall, the more you learn to pick yourself right back up again, knowing that you are enough, and that you don’t need anyone else to save you. The trick is to keep going every time it gets difficult. Love is a journey, and with each new relationship and heartbreak, you have a new chance to build yourself up and set your standards to a new level. Never settle for anything less than what you deserve. You are not always going to be exactly where you want to be at the exact time you would like to, but that shouldn’t stop you from pursuing your happiness.   I know it firsthand. I had the best kind of love once. The kind that makes you tingle at the simple thought of him. The kind that you would leave everything for and set sail in an instant for wherever he wanted to go. And I blew it. I had the closest thing to a perfect guy one could possibly imagine. He loved me, despite my various flaws, and he always made sure to tell me that. I had his whole heart, and being with him was the most carefree I had ever been in my life. Being with him was like a summer breeze on a hot day. So naturally, I started getting paranoid. It was so hard for me to believe that a guy like THAT could fall for a girl like me. I was not easy to love. At least, that’s what I always kept telling myself. (I know better now.) I would always let my irrational fears get the better of me, and he was always the one to lower me back to the ground whenever I would start living in my head too much.   He always had all the patience in the world for me, and there I was, chasing him away, one paranoid thought after another. Instead of knowing what I had and cherishing him, I assured myself he was seeing someone else. (Looking back, I’m surprised he stuck around for as long as he did). Every time he would leave the house, I would get into my stalker-mode and try to find out where he was and who he was with. If he went for drinks with friends, I was SURE that ‘she’ was with them. I even confronted him about it multiple times. He never once raised his voice at me. He would just tell me that I was getting paranoid for absolutely no reason and to THINK about what I was saying. I was making no sense, but that didn’t stop me from blowing it completely. One day, I actually followed him like the crazy girlfriend that I was. I expected to catch him red-handed and was fully ready to break up with him over something that was entirely in my head. Long story short, he was at a bar with friends, with no female in sight. And I had made a complete fool of myself. Needless to say, that was the final straw for him, and the last time I saw him. We broke up that very day, to no one’s surprise. This was something that ate away at me for months on end. After the break-up, I finally realized what a selfish and paranoid girlfriend I had been to him, not to mention the serious trust issues that I simply couldn’t shake off.   I finally saw the error of my ways and that I had let it destroy me. I had lost the best thing in my life, and for what? Something that wasn’t even there. I was so hard on myself. I couldn’t let myself fall in love again out of fear that I would turn right back into the crazy lady I was so desperately trying to get rid of. It took me some time to forgive myself and learn to give myself a break. After all, I’m only human. We all make shitty decisions. We all screw up sometimes. That doesn’t mean I should let it consume me and not let me move on to better things, with a much better head on my shoulders. I am worthy of love again. I deserve a second chance at love. My mistake does not define me. After some time, I actually started believing myself, and started living according to it. So, here I am. Stronger and better. Ready to love again, having learned a lot from this past experience. Whatever life has to throw at me now, I’m ready. 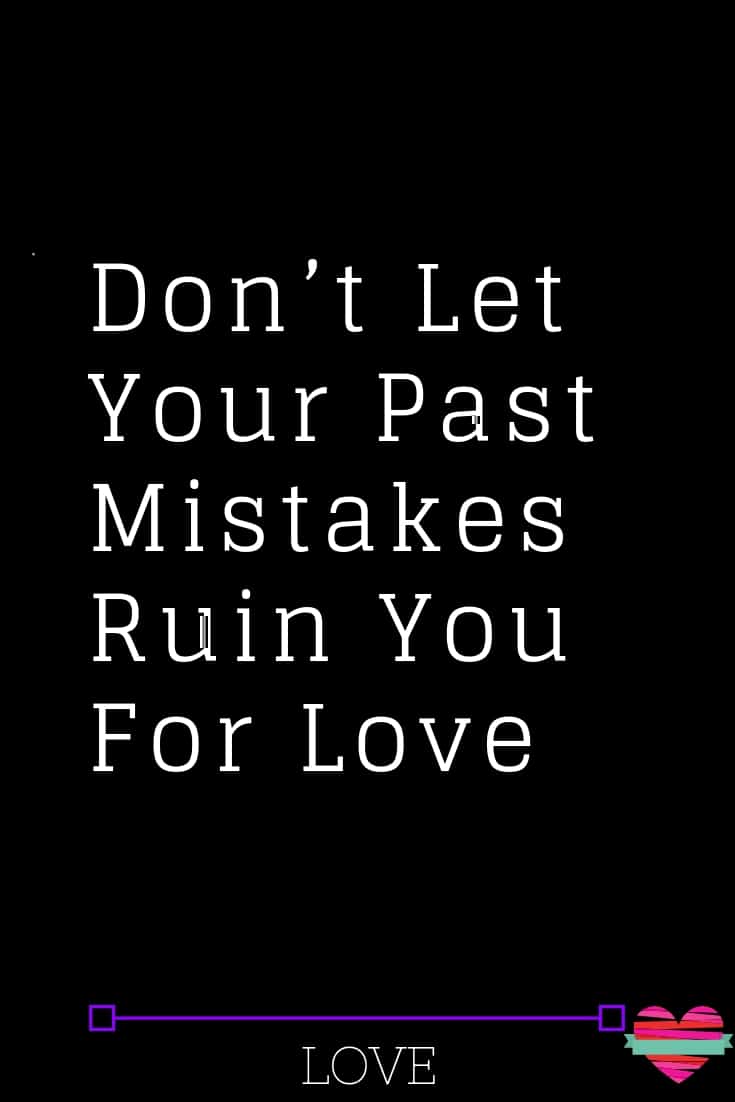