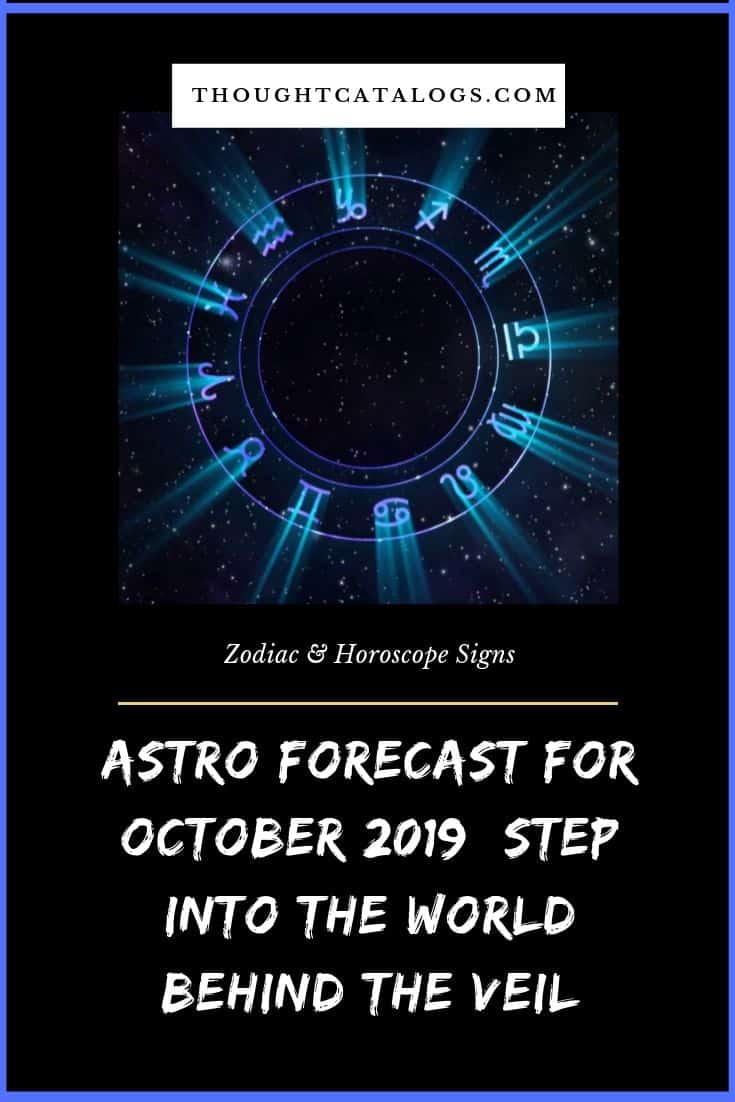 We already know by now, that this month is going to be wholly different from what September was.

September brought forth an earthly spirit, but October is going to bring out the wild side out of us- including the Halloween parade.

We can get into the Parade, hosted by Pluto- the God of Death and Rebirth. The veil between fact and fiction, reality, and imagination get really thin, and while we may find Pluto to not be that fast, it still isn’t slow.

After being in Retrograde for over 5 months, it finally is in the position of being Direct. This allows for monumental changes to come out, which would really change the way we look at the world.

Communication works as an efficient network, owing to Mercury being in Scorpio on the same day. This puts us in a journey across events that are dangerous and insidious.

Our desire to act meets with our ideals of diplomacy, due to Mars being present in Libra. We could be diving off the deep end and manipulated beyond our wildest dreams.

But, we also have the incentive to dive deep- for desires come right behind Venus, as it moves into Scorpio. Hence, you have the opportunity to get as frisky and risky as you want on the 8th of October. It could be fun, it could get chilling!

Don’t worry about it though. You already have the Aries Full Moon, coming totally into stride on the 13th,  bringing Mars too as the ruler.

This would lead to a very reckless period of time wherein you would bring out every inhibition that you previously had, and break it down into pieces. With Sun about to square Pluto the next day, you would have free reign to exhibit your daring.

You will simply find any and all of your risks being cushioned. With Venus and Mercury both enjoying the trine with Neptune, you would see a lot of information passion to and fro.

You need to keep an open mind regarding these, for they will provide the answers to how you could get beyond Neptune’s fog all the other months this year.

We would be more intense in our relationships and our communication skills would increase. All we would have to do is simply display compassion and kindness to people, and our closest relationship would turn into a telepathic bond.

You would be hardpressed not to get into the haze of October when the Sun begins its annual revolution.

This will open massive doors of darkness and temptation on the 21st. With Pluto and Venus standing by, you would have to work really hard to get into track and not give in to it.

With the New Moon on 27th, Uranus is coming in with a bang and stirring up the waters for some immediate action.

Not the time for niceties, as you would have to commit to a thing and work through it. Talk is overrated, and the ever-changing artist of Uranus would never care for it much.

Throughout the entire month, one would feel desire and temptation seeping in again and again. To such an extent, when you would be able to spread the point across without even a look.

This Is The Most Important Lesson You’ll Learn In September 2020, Based On Your Zodiac Sign

Here 25 Signs He’s Not Your Person, Even If You Loves Him Very Much

5 Signs Your Ex Is Trying To Ruin Your New Relationship

All I Ever Wanted Was You

What Each Zodiac Sign Craves In Love But Refuses To Acknowledge

Here’s Why Highly Successful People Are So Bad At Relationships

This Is Your Good And Your Bad Side, According To Your...

ThoughtCatalogs - August 7, 2019 0
Aries Good side: You look at the world with great optimism. There is no problem in this world that you won’t try solving. You’ve adventurous,...