7 POSITIVE SIGNS HE IS MADLY IN LOVE WITH YOU

Have you ever been in a situation where you weren’t sure that this guy standing in front of you REALLY loves you? Is he worth your time? Is he gonna break your heart?

Guys are different than us. They are not emotional as we are and love is more abstract to them than it is to us. They will never be the first ones who will make that move and say: “I love you”.  We are the talkative ones and we have no problem in expressing our feelings verbally. But most of the guys seem to have some difficulties when it comes to words. That’s why you should pay attention to their actions because sometimes, actions speak louder than words.

That’s why I’m going to write about some signs you should pay attention to if you want to find out does he really love you?

He is afraid of his own feelings

When this happens he may seem to you like he’s cooling off, but what’s actually happening is that he has some pretty serious feelings about you and he’s afraid of them. He’s not used to having these kind of feelings. He is a macho guy and emotions shouldn’t take the better of him. When this happens, you should leave him be. Don’t bother him, let him have some time to understand and accept these new feelings bottling up inside him. Soon after that you’ll hear those three magic words – I LOVE YOU.

He makes you feel you are his No.1

There isn’t a thing in this world that would prevent him from being with you. He will find a way to spend time with you even if it means to “drag” you along with him. He will think about how to make you happy and satisfied. Even if it means he has to watch a chick flick you love. You are the center of his life but have in mind that he has his own friends and if he hangs out with them it doesn’t mean that he doesn’t love you.

He is not jealous

This means that he trusts you. It’s important that you don’t have to explain yourself to him like he doesn’t have to explain himself to you. This is a mutual thing. He will not bother you on the phone with questions like: “Who are you with?”, “When are you coming home?”, etc. If he calls or texts you, he does it because he worries about you and not because he wants to check up on you.

He respects and seeks your opinion

He wants to hear what you’ve got to say. When he is making a decision, no matter how small or big one, he wants you to be a part of it. This can be a sign that you two have a future together. It would be ridiculous that he does things on his own without consulting you. That clearly shows that he doesn’t care whether you agree or not and that shows you that he doesn’t love you.

He misses you when you are not around

It’s easy to love someone in their presence. But when you are separated and your guy is left to the temptations of the world and he thinks about you and lets you know, that’s the real stuff. When he texts you, because he just saw or heard something that reminded him of you that is a sign he loves you. You are constantly in his mind in a healthy and normal way and he wants to let you know that.

He looks at you when you don’t know it

Have you ever noticed when you are doing something you sometimes have that feeling that’s someone is looking at you. You just feel his eyes watching you. And it feels good. You are aware of that. And he knows that, and he won’t stop. He won’t stop because he loves you and he can’t stop looking at you because he can’t understand how lucky he was that he scored you. And even when you catch him staring, he won’t look away. He will give you that cute “I’m sorry, it’s just that you are so beautiful” smile.

He is proud of you

He is proud of your accomplishments like they are his own. He is always there for you when you are struggling over something. He will comfort you and pick you up when you fall, and at last, when you succeed he will be proud of you that you did. He will talk about you when being around his friends and he will walk the streets with you proudly.

These are just some of the signs that the guy you date truly loves you. If you don’t recognize these signs right away, give them some time because guys are way more delicate than we are and they don’t know how to deal with their emotions like we do. The bottom line is that you should all give them the chance to say to you that they love you and to prove it to you. 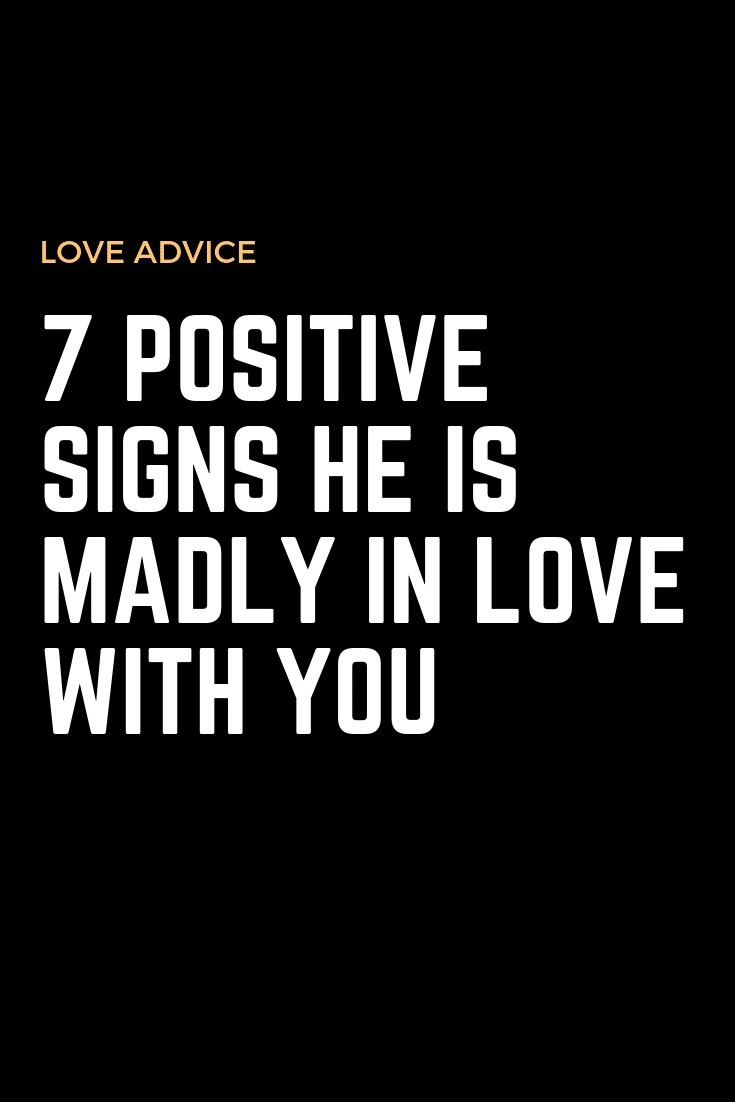 Your Extended Love Horoscope For February 2022- This Is A Powerful Time For Love!

ARIES: Your leader Mars, the world of power and also control is presently storming via Libra, a sign he is not that familiar or pleased...

Everything You Should Have Learned And Let Go Of In 2021, Based On Your Zodiac Sign

Admit it. There are points you wish you had actually discovered quicker or points you want you had never ever learned in any way....

What Is Your Love Language Based On Your Zodiac Sign?

Love language is all about learning a better way to communicate your needs and emotions. So, both you and your partner feel more loved. Learning...

September is here as well as it has lots of indications. Signs which will tell you if you get on the appropriate track or...
𝐓𝐡𝐞 𝐭𝐡𝐨𝐮𝐠𝐡𝐭 𝐜𝐚𝐭𝐚𝐥𝐨𝐠𝐬 is an Educational & Entertainment Platform theme. Our Team Publishes 100+ Content On Weekend/Monthly. We will motivate the needs of any person & make them inspire instantly You, Will, admit Once You Begin Your Journey With Us. The Thought Catalogs platform is a perfect choice.
© Copyright © 2022 - All Rights Reserved | TheThoughtCatalogs.