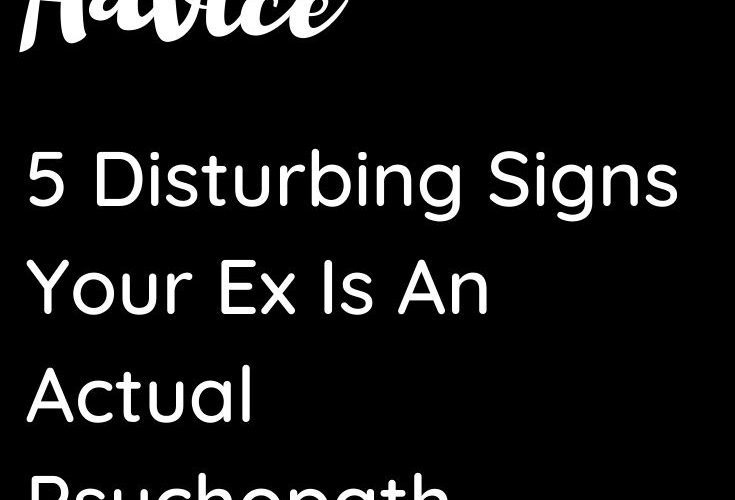 5 Disturbing Signs Your Ex Is An Actual Psychopath

He was a psychopath. A complete and utter crazy person.

That is the sentence I use to describe my ex. He was a true example of a classic abuser. No, I didn’t have bruises on my body. He didn’t hit me, but emotional scars were deeply carved on my heart.

He knew his words hurt like hell. He knew he could destroy me with one simple sentence. He just needed to hit me hard where it hurts the most. And he did. Every. Single. Day.

Those horrible years of my life are finally over. I’ve escaped his psychopathic grip. It is like I’ve awakened from a terrible dream. A sudden realization has hit me like a train – He is an actual textbook example of a psychopath.

I knew I had to get away from him as fast as I could. I knew I had to be smart about it. I couldn’t allow him to manipulate me to stay once again. Not this time.

Psychopaths are highly intelligent, and you can’t recognize their behavior as emotional abuse right away. Months or even years may pass before you become fully aware he is making your life a living hell.

Your depression, your anxiety, the lack of will to live your life which you’ve once enjoyed…it is all him. It is all happening because of him. I’ve seen that. I’ve lived it, and I saved myself by acting quickly and wisely.

But what happens when you break up a bit too soon, before he shows his true colors or if he gets tired of you so he breaks up?

You may think that his desperate behavior, stalking and bad mouthing you is just an attempt to get you back, but it’s much more serious than that.

It’s a revelation of who he actually is. It’s damn good proof why your decision to break up with him was the best one you could ever make.

After you read these signs, the one sentence you will use to describe your ex will be exactly the same as mine – he was a  psychopath. A complete and utter crazy person.

1. He changed too quickly

Every relationship has a honeymoon phase at the beginning. Both of you are on your best behavior because you want to keep each other. You’re enjoying the new relationship, and you don’t want it to end.

So, you’ll put up with things you usually wouldn’t just because you’ve just started dating. This is where most of us fuck up. Instead of keeping quiet, you have to confront him. The conflict will cause him to show his true face and his real intentions.

What happens is, he is kind and compassionate at the beginning, only to train you to be obedient. Then, he suddenly changes his behavior and becomes impossible to be around, and the honeymoon phase is officially over.

2. He loves everything you love

One of the main psychopathic moves is they try to convince you they like the same things you do. They basically want to make you believe you were meant for each other.

If you open up to him and share traumas from your childhood, he will say he also had a rough time growing up. If you say what music you love, he will say he loves it, too.

This is called mirroring. He mimics everything you love or do, everything that happened to you, both good and bad.

At the beginning of the relationship, they mirror you to get you to like them. In the middle of it, they try to convince that you’re the same, and by the end of it, they see you as completely opposite than in the beginning.

If they said that you were smart, now, they are saying you’re stupid.

3. Once you were everything to him; now you’re nothing

You were his reason to live, the apple of his eye. Then one morning you woke up, and from being everything, you became nothing.

He changed his opinion of you. He became distant and uninterested in you. And this led you to think you did something wrong.

He made you think that you and he have an unbreakable bond. He made you feel like you’ve found the man of your dreams.

But the thing is, after he accomplishes that, he becomes bored, he gets sick of you. You’re no longer attractive to him because he got what he wanted.

So he leaves feeling nothing, neither regret nor remorse. These men cannot feel empathy. They don’t give a damn about your emotions and the fact you’re left broken, hurting.

4. He puts himself first

Psychopaths are hypersensitive, but only when it comes to them. They will feel neglected and attacked if someone criticizes them.

Then, they’ll go out and seek the best way to get their revenge, and you won’t even know they were hurt or what the hell is going on.

They only think about themselves and are unable to feel empathy toward anyone else. Other people’s feelings are completely irrelevant to them.

5. He blocks your future happiness

He doesn’t want you to move on. It’s like he has a sixth sense when it comes to your happiness. Every time something nice happens to you, there he is. He shows up and tries to demolish everything you’ve built after him.

He pretends he wants to keep a warm relationship. He wants you to stay friends, but actually, the only reason he is back in your life is to make sure you don’t move on.

He suddenly wants you to give him another try. But that is not a sincere request. That is just another play from his thick playbook to try to lure you back into his life of terror. It’s just another try to keep you as his toxic supply.

If you can’t get rid of him and he keeps popping back into your life announced, you have to take some serious steps. If you want to move on with your life, you have to go no contact. Never hear from him again. Delete every contact you have with him, and erase him from your memory once and for all.

Only then, you’ll have a fighting chance to move on with your life. A better life, a happier life. 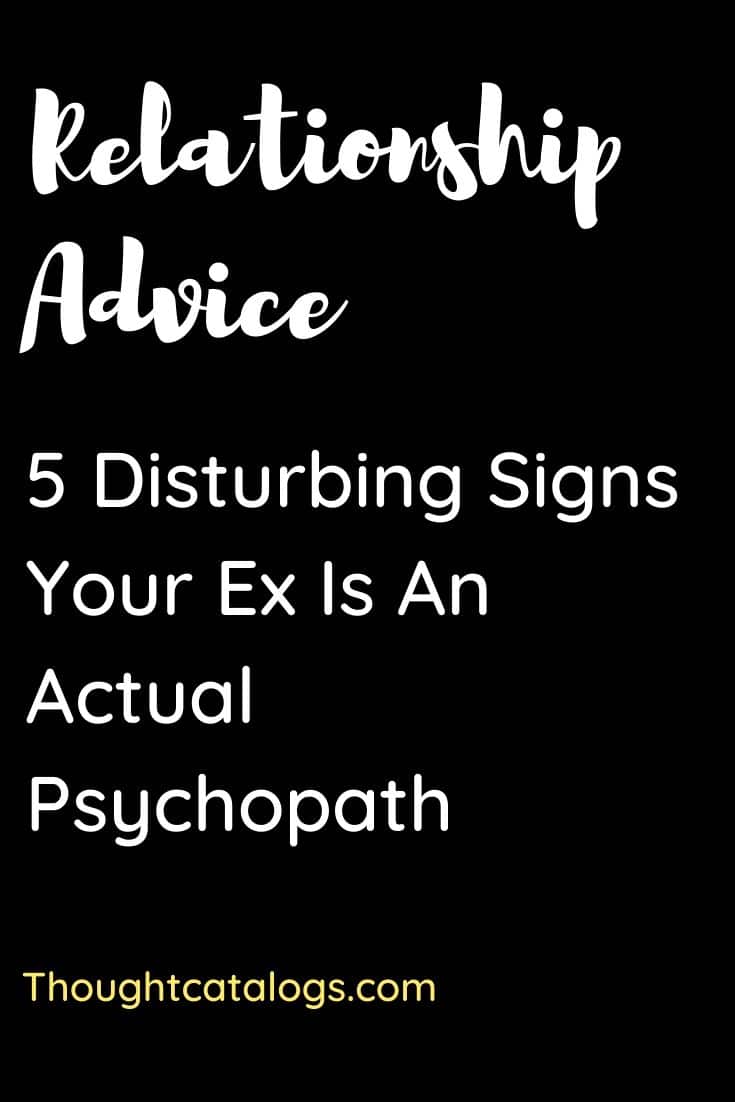