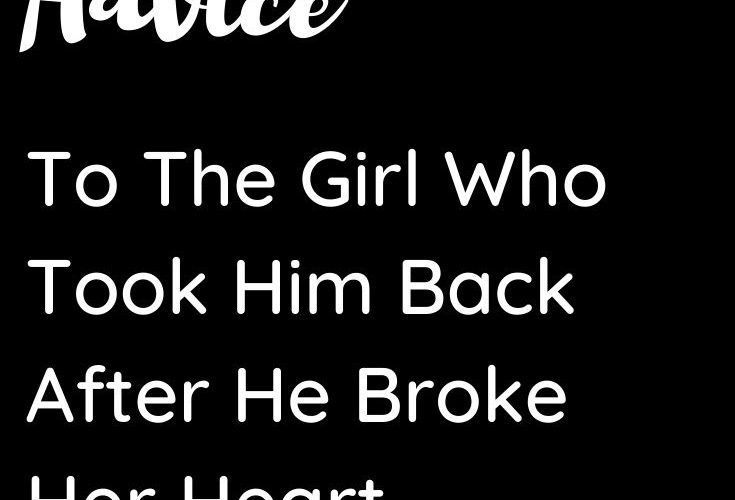 When it comes to love, there is always the possibility of heartbreak. You go into it with your heart open but your mind aware of the possibility of having your heart torn apart. It is often a risk that you willingly take, hoping for the best but prepared for the hurt. It is important to understand there are no sure bets when it comes to love. It won’t be easy, and nobody can guarantee you a safe and carefree affair.

Love demands a constant effort to be selfless and understating that things are not always going to come easy. But when you feel it’s right, then you know it’s worth fighting for.

There are a number of reasons why relationships end. One of the most pleasant ones is if you simply grew apart from one another. There is no animosity, no broken hearts and no holding grudges. Just two people mature enough to realize they’ve run their course and had their fun in the sun, but unfortunately, don’t see it going any further.

But sometimes, the reasons can be more complicated than that. If you have had your heart broken, there is a chance your partner did something so hurtful that made it hard for you to trust him again. He may have cheated or told you he no longer loved you, while you were still head over heels for him.

If you were so all in to him, you might accept taking him back if he has apologized, realized how much he misses you and is assuring you that this time, it will be different. He can no longer see his future without you and is begging for your forgiveness.

You are still hung up on him, didn’t even have time to heal properly and are in a very delicate place…so your instinct is to believe him and take him back, hoping that he is no longer the same man who broke your heart into a million pieces and made you pick them up all by yourself.

If you have taken your ex back after having your heart broken, there are many possible scenarios in which things may play out. It really could be better this time around. But it is important you keep these key consequences in mind.

There will be a substantial lack of trust.

Trust is the ground on which every stable relationship is built. When it’s gone, everything that you built during that time begins to crumble and fall into oblivion. When you trust someone with your heart, you are giving them the power to crush you into a million pieces but believing that they won’t.

So, when it does happen and you decide to take him back, you are going to have a hard time putting that much trust into him, ever again. This is the man who caused you a great deal of pain, and you are going to question everything from now on. You are never going to believe 100% of anything he says, and you will no longer feel secure—at least not the way you used to be.

Bear in mind, trust is earned, and not given. One who misuses it is going to have to fight his way back and earn your love back. Know that it will be challenging.

Your standards will be much higher now, and rightfully so.

When you let a man who broke you once already back into your life, you change your standards. You no longer have patience for anything which you have to question and be unsure of, especially when giving this person a second chance and basically giving them the key to your heart once again, after regretting it in the past.

You will find it easier to say “No’’ and stand up for yourself. YOU set the standard of how you should be treated, and you know it now. If this man wants to earn your love back, he is going to have to prove to you that he is genuinely remorseful about his past actions toward you and that your well-being and happiness are his only priorities this time around. You will accept nothing less.

You are aware that things will never be the same again.

How can they? You have had your heart broken and were forced to go through stages of pain before finally being able to feel a tiny bit better. Not healed yet, just well enough to be able to open up again and give your heart away to the one responsible for its breakage in the first place.

Don’t let him diminish your growth just because he is claiming to have changed. By trying to get over him, you were on the cusp of healing, so don’t let anything get in the way of that. It is clear that his life is better with you in it, but you need to determine if the same goes for you.

Reevaluate where you are mentally, and try to figure out if that is because of him or regardless of him.That should give you some answers. After what he put you through, you need to put your well-being first, and move forward only if you are certain of his apologetic ways.

You have come so far. You have survived your heart breaking, and under no circumstances should you rush back into anything. Your heart deserves to be whole again, and your soul deserves some peace and stability. Determine how you truly feel about letting him back into your life, and put yourself first. Just because he is sorry doesn’t have to mean he won’t do it again.

Be careful moving forward, and this time, listen to your head, instead of your heart. Don’t give it away so freely anymore, and remember to love yourself the most.

You may have taken him back, but it doesn’t mean you will put up with any more shit from him.

Now you know you can survive without him, so never let him forget that. He is the one who needs you, and he is the one who is replaceable. If he wants you back, he is going to have to crawl and beg because you are no longer the naive girl he once knew. And this new girl knows how to stand her ground and get what she deserves. 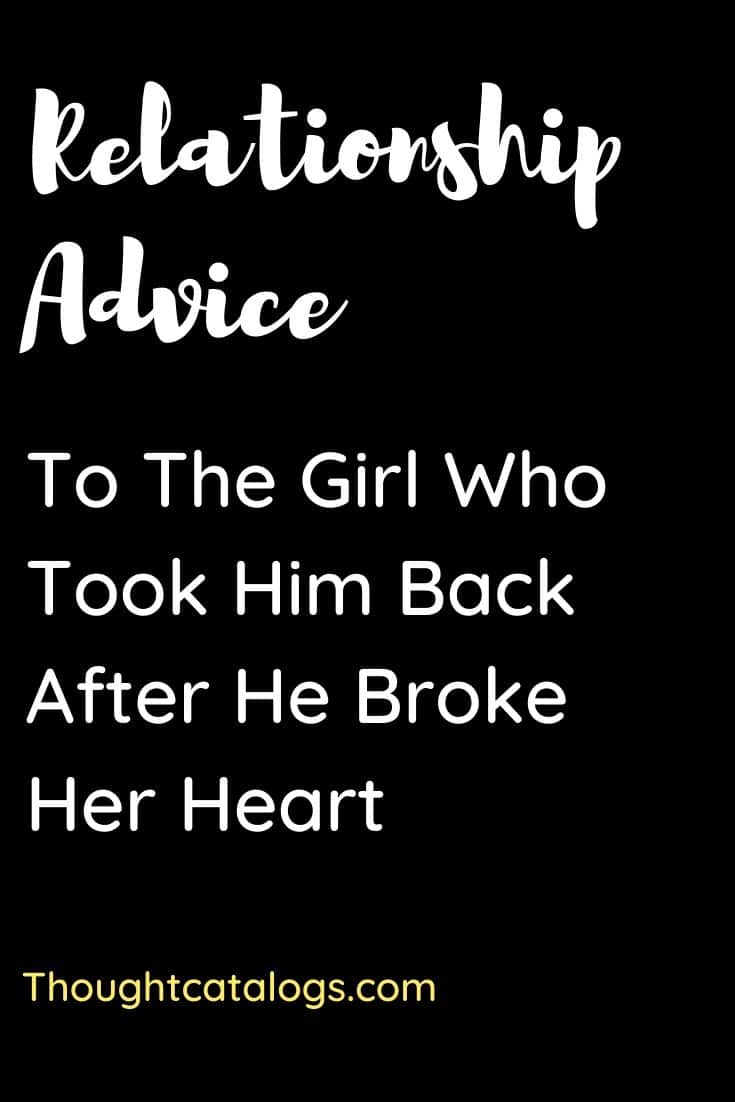