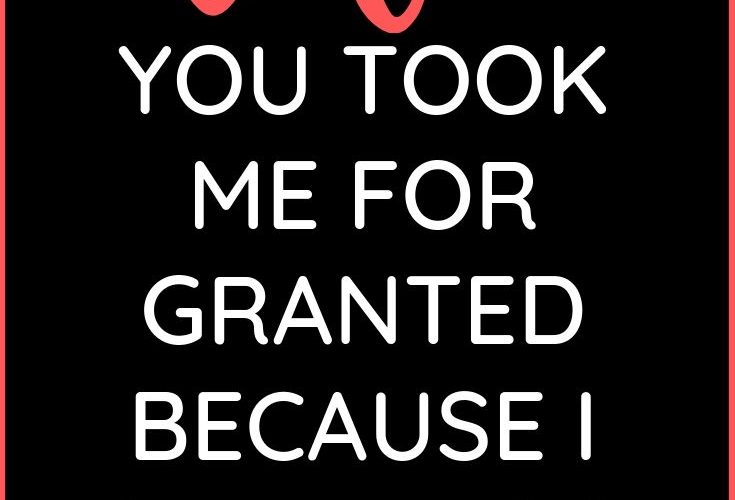 You Took Me For Granted Because I Cared Too Much

You thought I would stay forever. Didn’t you? You thought no matter what you did or how poorly you treated me, I would always be there, hanging on, hooked on the idea of love. At some point, I believed it myself. I thought that there was nothing that could drive me away from you. I am glad I proved us both wrong.

I blamed myself for a long time. I thought I was making you unhappy. That I was too needy, too clingy. That I needed to change myself entirely to be worthy of you. And no matter what I did you always had some snarky comment that would hurt so much.

You would text like nothing happened, like we had seen each other the day before and had left on the best of terms. You knew I would welcome you back. You knew I was so hopelessly sad without you. You thought that you were entitled to a place in my life no matter what.

And every time you would come back I would go out of my way to make you happy. I tried to be better. To work on us. To give you more of my time and attention. And you would do the opposite. The better I was, the worse you were.

You never had time for me. Nice words and compliments became distant memories. Words of kindness would reappear only when you saw that I had reached my limit and that I couldn’t take it anymore. You never wanted to do anything or go anywhere, not even when it was important to me.

If I had a problem I couldn’t come to you with it. If I had it good you would ignore me completely. It seemed almost like my happiness bothered you. You were never there for me no matter what was happening. I could never lean on you.

On the other hand, you never had a problem with me supporting you. I was always there to help, listen and cheer for you. I know I pulled you out of a dark place so many times. I wouldn’t let you quit. I always believed in you. But you took it as the most natural thing in the world.

You took all of it for granted. You never felt the urge to give anything back. You didn’t feel like you had to. You would just take without even considering that I was there, that I was worthy of your attention. That I was worthy of the same love and affection that I was giving you. That I needed you to care for me as much as I cared for you. You never realized that.

I guess in a way it’s my fault, though now I am at the point where I don’t blame myself for anything. But my biggest mistake was that I cared too much, I loved too much and I gave too much to somebody unworthy of all of that. To somebody who thought just because somebody cared for them so deeply that they had the right to treat them like dirt.

I know that time changes people, I just couldn’t imagine for the life of me that it would change you so negatively. You transformed from the perfect boyfriend to a mere shadow of yourself and you became somebody completely different. It’s funny how people you care so much about end up being the ones who hurt you the most. I guess the pain is greater because of it.

I realized that my heart doesn’t have a switch. That I can’t simply turn it on and off as you come and go from my life. I couldn’t allow it anymore. So I decided that the next time you left there would be no going back.

And I am sticking to it. Now that I look back I can’t believe I allowed myself to go through all of that with you. That I allowed you to treat me like I was somebody completely irrelevant. You want me back now. But there is no more back. I know that if I gave you one more chance you would just waste it. You always did.

People like you don’t change for the better. But people like me, on the other hand, do. They care too much so they hurt too much as well. But, they heal. They get lessons from bad experiences and crappy relationships. They get smarter. They get happier all on their own. 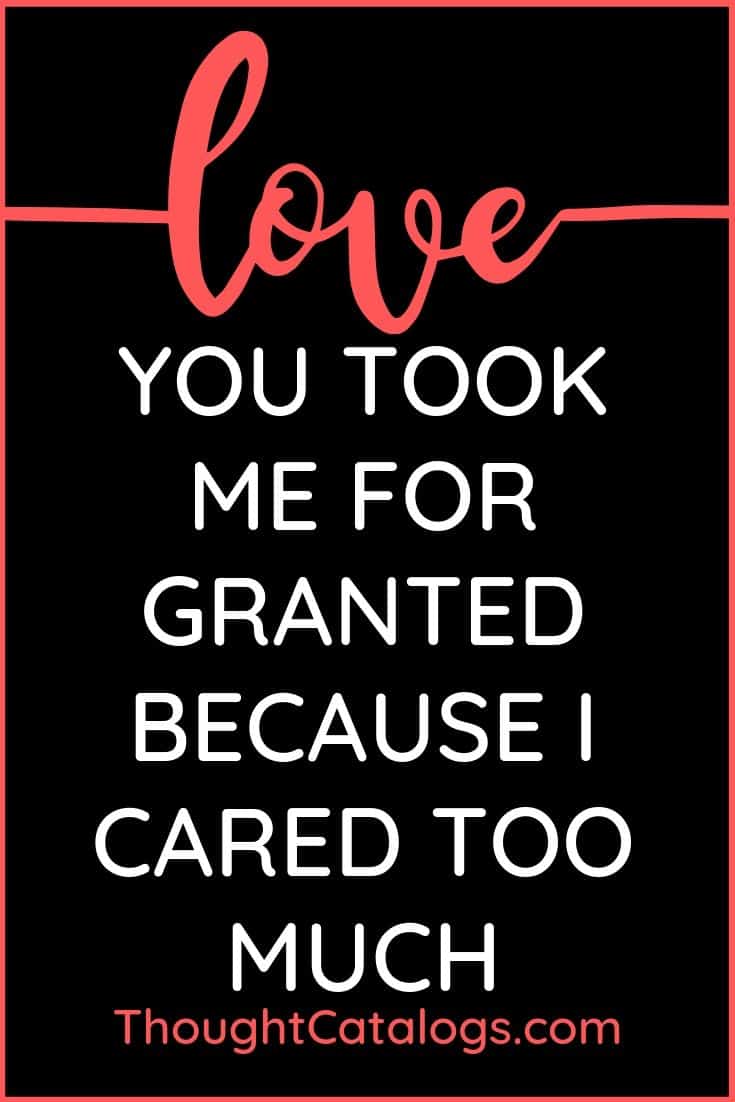 One Day, You’ll Be The Person He’s Been Waiting For

How To Attract Beautiful, Hot Girls As An Average Looking Guy