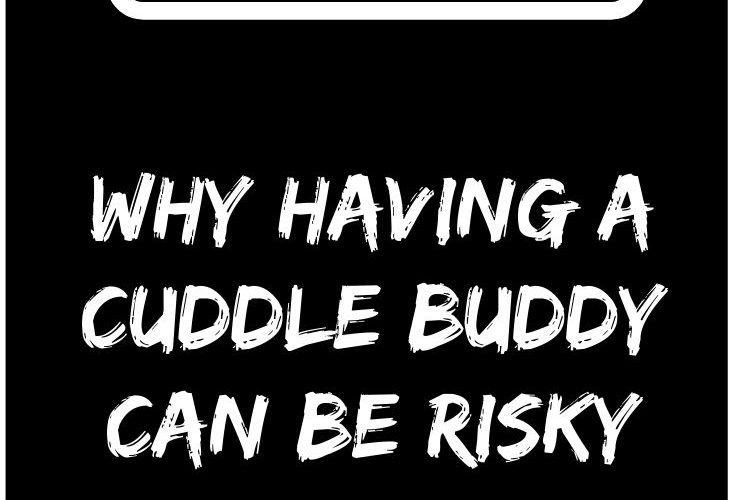 Why Having A Cuddle Buddy Can Be Risky

Let’s face it, love relationships in this day and age have got sidetracked from everything that once was considered normal and beautiful. But most of us still believe that true love does exist and that it will come to us when it’s supposed to. Not when we want it but when it’s meant to be.

I’d been single for a while now. I’d been in a very bad relationship which led me to a very bad place. It made me depressed and lonely. I started doubting my every move. I had no power of will. I just wanted to curl up in my bed and cry. It took me a long time to get back to being my old self.

Even when I reached that point, I still wasn’t ready to date. But still, I just kept on thinking, if I just had somebody who would hold me for a while, I would start to feel better. It would be easier to carry this burden.

I think most people have an innate desire for closeness. We just need to feel the warmth of another human being to get us through the day. And I always kept on thinking that person had to be someone you were in a relationship with. As it turns out, you don’t have to be.

I always had some ideas in my head of how everything was supposed to look like. I am not the type of girl who is into one-night stands. I have always needed emotions to be physically close to somebody. The idea of spending the night with somebody and then each of us going off on our way scared me.

My friends had their fuck buddies or friends with benefits to get them through times when they were learning to be alone. Sometimes those relationships of theirs would end up in tears and sometimes they would part as friends and sometimes they even stayed friends; it would vary.
I guess you have to have it in you to handle that. To me, it never sounded appealing. I get attached really easily. I think that kind of relationship would have made me even more broken than I already was. It wouldn’t help me recover from a break-up. It wouldn’t help me with the loneliness that single life brings.

I was determined to stay single till I figured myself out.

But life plays tricks on you. And you know that we all have those moments when we realize that all we said we would never do, we end up doing anyway.

That’s why I discovered what cuddle buddy means, even though I had never heard about that concept before. I said I would never be in any kind of an almost relationship. I wanted it all or nothing at all. But this guy made me change my mind.

He made me stop thinking ahead, stop mapping out my life and start living in the moment, taking a risk for a change. Because playing it safe had led me nowhere anyways.

It all happened spontaneously. He was a friend of a friend and we started seeing each other at mutual get-togethers. After a while, we realized that we had so much in common that we started hanging out all by ourselves.

We started off just as friends. As we were getting closer and entering into more deeper conversations, we realized that we were both in the same state. We were both broken. We weren’t ready to date yet. And we liked having each other as friends and nothing more.
He suggested that we should be cuddle buddies. I laughed so much. I had no idea what that meant but it sounded cute. He said that they are friends who cuddle; they touch, they hug but they don’t have sex.

It really sounded funny, all of that, especially coming from the mouth of a grown-ass man. But at the same time, it sounded tempting. To be honest, I didn’t miss sex that much. From time to time it would cross my mind but I wasn’t craving it.

What I craved more were snuggles and hugs. Feeling the warmth of a man near me. I missed somebody stroking my hair. I missed physical contact in that sweet way. When you know that somebody’s hug could make your entire day better.

I decided to try it. I had nothing to lose since I already had nothing. I was a bit scared that it would ruin our friendship but I figured if he was willing to risk it then so was I.

Our first time cuddling started by watching a movie at his place. I was a bit nervous at first. We started talking and making jokes. As time passed, I was more relaxed. He just hugged me out of the blue and we stayed like that for a while. We watched the movie snuggled next to one another and it was great. It was like somebody had restored all the energy I had lost somewhere along the way.

We would get together to watch a movie like that from time to time. I was actually glad I had gone along with all of this. I admit I would much rather be in a nice and stable relationship than doing this but I had kind of found it suddenly. And I think we kind of used each other because we both lacked closeness.

Somewhere along the way, cuddles started meaning more. I would find myself wanting him, liking him more than a friend. So I had no other choice than to come clean about my feelings and see what he thought of it.
I had already prepared myself for the worst, that he would put a stop to it and end our friendship. Instead, as soon as I uttered the words, he kissed me. I couldn’t breathe properly from the excitement. My heart was pounding like crazy.

We are now dating. It all turned out for the best. But when I actually had time to think about it, I had made a really huge risk. It could also have gone the other way and instead of smiling I could have been crying right now. I could have had my heart broken in a more devastating way than ever before.

Because in this cuddle buddy business, I’ve fallen for his soul.

And no, I am not being pessimistic. I am just saying it could’ve gone either way.
And if you are out there, thinking about having a cuddle buddy, think twice, and think if that man is worth the risk of falling for him. If he is worth the risk of having your broken heart. If not, stay away. I think I just got lucky.

Because if I learned anything from this, it is that you can’t control your emotions, and that cuddles are not as innocent as they seem. They get through to your heart. 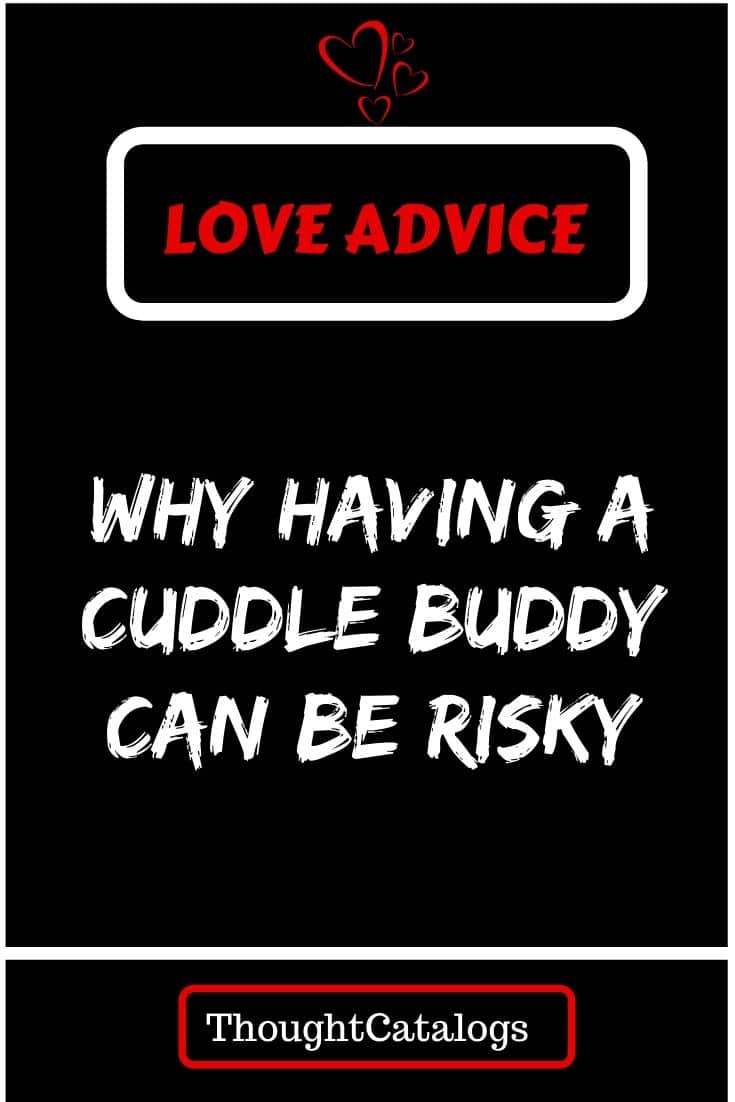