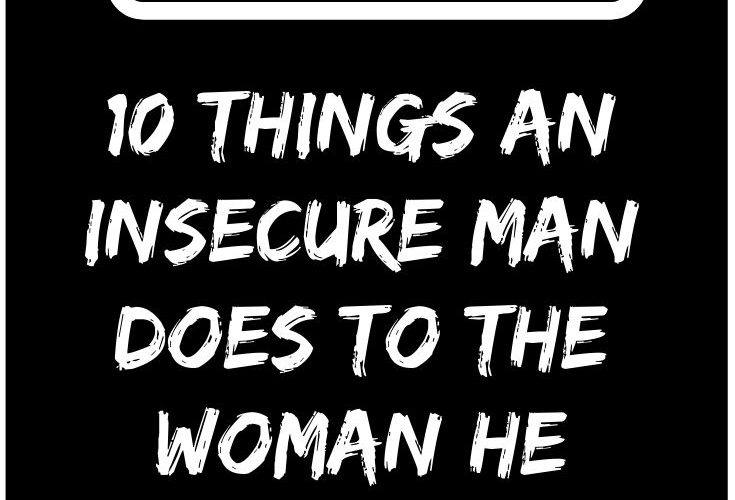 10 Things An Insecure Man Does To The Woman He Loves

It starts like a wonderful fairy tale! He makes you believe in love again and that not all men are bad. He buys you gifts and gives you all of his attention.

Until the moment you start to notice that the amount of attention he’s giving you isn’t really healthy.

At one point, all of your time and energy is being devoted to telling him how much you love him and reassuring him that you won’t leave him. Dear, your man might be insecure AF.

There are insecure men all around us, and to know if yours is one of them, we have listed down 10 things all insecure men do:

1. He doesn’t have a life outside your relationship

He’s the kind of guy who’s simply sitting at home waiting for you to come back. Well, this might be an exaggeration, but the biggest sign of insecurity is if he’s devoting all of his time and energy into your relationship out of the fear of losing you.

It’s cute and all, but to not have any ambitions and dreams besides your partner and to not hang out with anyone but them is a bit strange, don’t you think?

2. He gets jealous really quick

You just looked in the direction of another man (it may even be your good friend) and he gets jealous right away.

You know how women get jealous when they’re insecure? Well, it’s the same deal with men. At first, it might make you feel wanted and special, but it may get to the point where he will make a scene because you stayed an hour later at work to finish a project.

He even gets jealous because of the time you spend with your friends instead of with him.

3. He accuses you of cheating

He might even bring up his exes and how they cheated on him as well, telling you that he will never be happy. It goes from accusing you of having an affair with a co-worker to saying you are simply looking for someone better than him.

He’s paranoid even of the way you smiled at the waiter.

Because insecure people can’t take even the nicest, most constructive criticism. They simply can’t handle it when people point out their flaws.

5. His happiness depends on you

It’s OK to be sensitive to the feelings of your partner but his feelings completely depend on you! If you’re happy, loving and caring toward him and if you’re devoting all of your attention to him, he will be happy, too.

If you’re trying to finish something for work and you have a lot on your mind, so you have to be alone to finish all of that, he might simply get depressed and/or angry at you.

6. He chokes you with attention

It was cute at the beginning of the relationship but now it’s just getting weird.

He spends so much money on gifts that you’re sometimes worried if he just spent his entire salary on you. He’s trying to make you feel bad about the thought of leaving him and he’s trying to buy your attention.

7. He tells you that he loves you right away

Out of the fear of losing you, he admits his ‘undying’ love for you. It takes time to get to know someone enough to actually feel love for them. It’s not a feeling you develop after just two dates. It needs time to fall for someone.

You’re the center of his universe. His whole life is orbiting around you. At first, it’s very flattering because you feel very special, but what if you decide to leave him? His world falls apart. He falls apart because you’re his one and only world.

He wants you to tell him how much you love him and that’s he’s worthy of love. He wants you to talk about what your future will look like, to take away his fear of being left. Sometimes his needs go even beyond that.

You might tell him how good he looks in his new shirt but he simply won’t believe you. You need to constantly remind him that he’s attractive to you.

10. He wants to check your phone

He will ask for your phone when he sees that you’re texting someone. He might even look over your shoulder if you’ve smiled while answering a text.

He will constantly think about how you’ve found someone better and that you’re going to leave him. Even if you show him everything, he will still think that you’re hiding something. 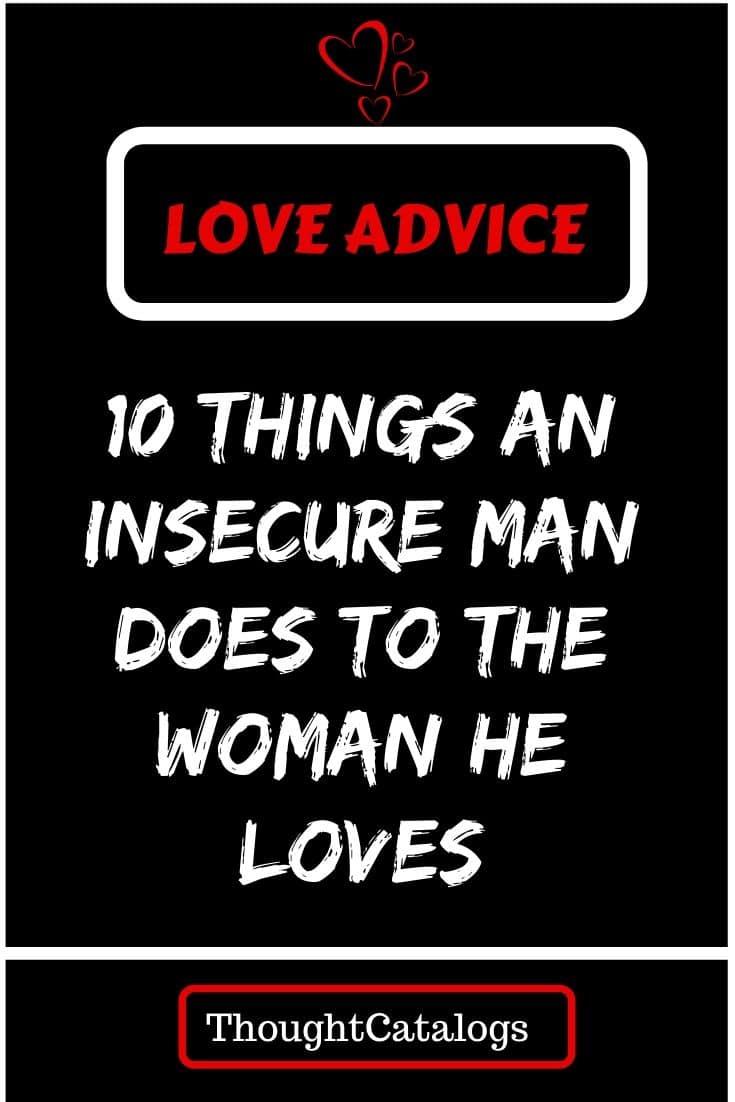