Fearless girls are like sunshine in the middle of winter. They simply light up a room, wherever they choose to enter. Being a fearless girl means that you don’t care what society thinks about you or if something is inappropriate.

There’s no such word as ‘inappropriate’ in a fearless girl’s dictionary because the only word she will ever need is ‘bold’. Fearless girls are courageous, brave and they decide when and how they will be. You’ll either be inspired by them or intimidated but a third option does not exist.

If you choose to date a fearless girl, be prepared for the ride of your life. She will raise you up to the sky and put your feet back on the ground in seconds if she so desires. She will be your biggest nightmare and the sweetest relief from day one:

1. She will not be afraid to speak up.

She will not be afraid to speak up, no matter whether you’re in a restaurant, at home or simply walking. A fearless woman does not only speak up for herself, she does for others as well. She does not tolerate any kind of bullshit because she simply doesn’t have time for that. She’s not afraid to defend herself because she knows her worth.

2. Being provocative is her second nature.

Be prepared to be challenged on so many different levels you didn’t know existed. She will never be satisfied with average or good. She will not be afraid to show you her own definition of average or to choose to do anything she wishes, just to show you that she can. So, don’t even try to think otherwise!

3. She will not give a shit about what she ‘SHOULD’ do.

A fearless girl is allergic to the word ‘should’. If you tell a fearless girl that she SHOULD do something, you better run away and hope for the best. It doesn’t matter whether it is about her lifestyle, dressing style or cooking skills. She decides how she will live, how she’s gonna dress and what recipes she will cook. There’s no need to tell her what to do because she’s the master of her own world.

4. She will not appease you.

Never. A fearless girl will never go against her wishes to appease you. If you express your wish for something, she will take it into consideration but will not promise you anything. She will do it only because she wants to and not because you told her to do it. Her fearless nature has made her resistant to other people’s requests. She refuses to play by your rules because she strongly believes in her own.

5. She will not tolerate your disrespect.

A fearless girl respects herself and others who respect her. You don’t have to love her or like her but if you disrespect her, she will make sure that you get a taste of your own medicine. Be careful what you do or say to her because a single word of disrespect may turn your life upside down. Know that she’s not the kind of woman who will be silent about your shit just to avoid complications. She’s prepared for everything, even if it includes leaving you.

6. She will not compete for your attention.

Not giving her attention? Not a problem. She has more exciting things to do than wait for you to call her.

7. She doesn’t live by double standards.

8. She will strike fear in you.

A fearless girl will never play the victim, regardless of the situation. Instead, she will strike fear in you. She will always find a way to rise up from the dead and the sooner you get over it, the better. 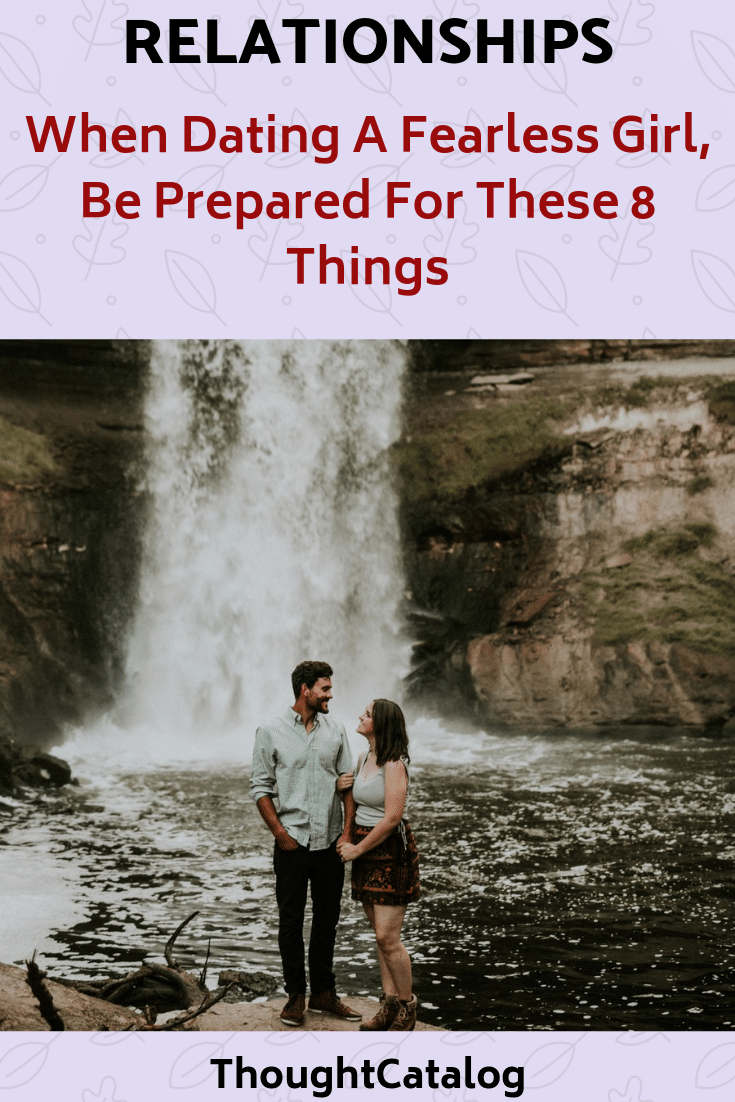 5 Things He Says And What They Actually Mean