I know you thought you would get over this guy the second you walked away from him. That you would leave him in the past, where he belongs, the moment you cut him out of your life for good.

After all, everyone keeps advising you to go no contact. Everyone keeps telling you to stop talking to his friends and family and to get rid of everything that might remind you of him. To avoid all the places you could run into him, to stop listening to your songs and to stop looking at your old photos.

And this is exactly what you did. You followed each one of these steps but somehow, you still feel that this man exists inside of you. You still feel like he is a part of your being and it still hurts when you think of him.

You were convinced that one morning, you’d just wake up and that he wouldn’t be the first thing that went through your mind. That one day, you’d just stop feeling like someone was stabbing you in the heart.

But this didn’t happen, as much as you wanted it to. You couldn’t magically snap your fingers for him to be gone from your heart or mind.

Well, let me tell you one thing you need to learn. Letting go needs time and it never happens overnight.

It isn’t easy like ripping off a Band-Aid and it doesn’t happen when you want it to happen. Letting go is a process which requires more patience and energy than you might think.

Letting go happens gradually and it takes a lot of work and struggles. It is not a miraculous moment in which you suddenly know that you are over someone who you loved so much.

Letting go isn’t one big step you take just once. Instead, it is a collection of hundreds of tiny baby steps you take one by one. It’s a series of milestones that you reach over the course of time.

And it takes a different amount of time for everyone.

Instead, it only means that you are way stronger than you might think. Because you have the courage to face your feelings. Because you are brave enough not to lie to yourself, saying that you’ve moved on when you clearly haven’t.

You might now be aware of this but while all of your struggles are happening, you are actually letting go, without even being aware of it. You are getting over it and you are moving on with your life, without knowing it.

Suddenly, you see that you are living your life without this person by your side. You catch yourself smiling and you realize that there has passed an entire day in which you haven’t thought about him.

Suddenly, you see that you’ve let go and you have no clue when or how it happened. 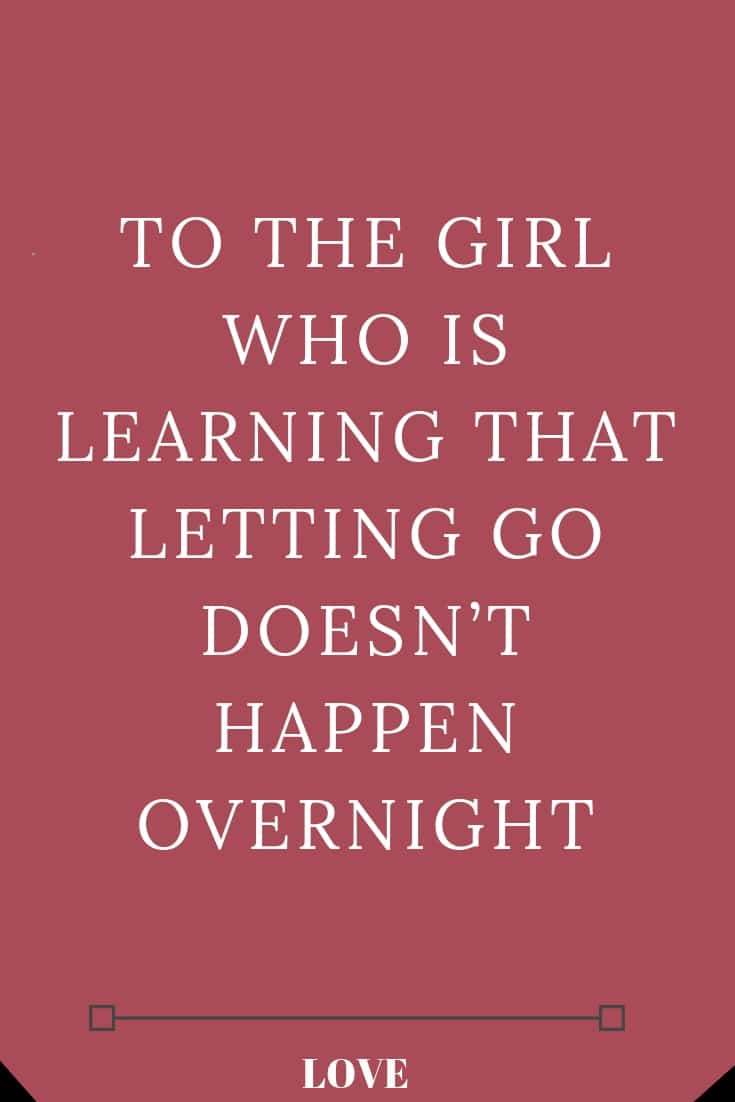 130 EVERLASTING LOVE MESSAGES FOR HIM AND HER