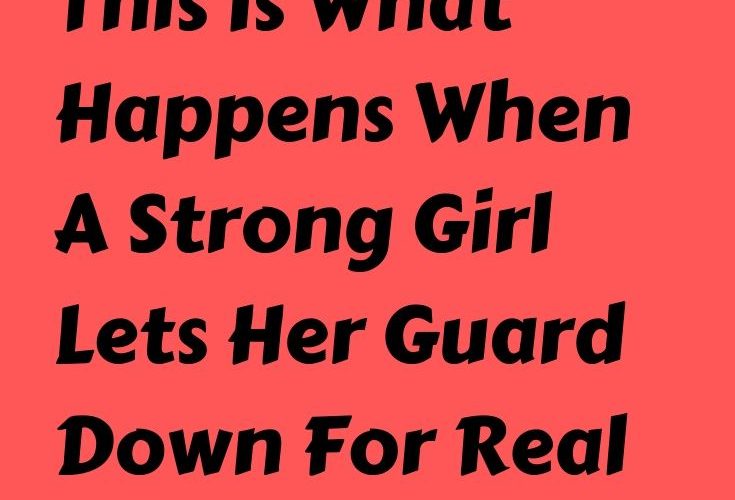 A well-known fact is that most men run away when they hear a girl has been characterized as strong and independent. There are simply some qualities of strong women that men can’t handle. Men with fragile egos will always feel intimidated by these types of girls, because they are afraid they won’t be able to handle them. They are scared because they think they will feel inferior next to them.

A man might assume that a strong girl is stubborn, selfish and that she doesn’t know what real love is. He will think she is self-centered and that she only thinks about her success. She gives the impression that she is difficult to approach and that she has high standards that she is not willing to put down so easily.

But what people don’t know is what happens when a strong girl lets her guard down.

What they don’t know is that most of these strong girls who appear to have no emotions were hurt in the past by the people nearest to them. And it happened more times than they could count.

What they don’t know is that this strong girl was not always like this. She used to be a sensitive, loving and caring girl, who was ready to give her time and support to everyone. She was a girl who believed that there was something good in everyone, a girl who believed in the power of love which could overcome all obstacles. Sadly for her, she trusted people a lot. She simply assumed that everybody was just like her and that everyone meant her well.

And most of all, she trusted men too much. When she loved a man, she would give him her entire self. But most of them didn’t appreciate her sacrifices and the effort she was making for them. None of them appreciated her love. So they caused her a lot of pain—a lot more than she could bear. They cheated on her, manipulated her, lied to her, tried to change and control her and emotionally abused her.

So, she had enough.

She decided to wait for true love.

And when that man finally comes, she will show her true self.

At first, she’ll appear hard to get. But that doesn’t mean that she will play with him for her ego. She is only careful because life taught her to be like that.

But when she decides that there is a man worthy of her, she will give him everything she has.

I am not saying it will be easy.

He will have to be patient enough before she believes him. This girl has been through a lot and she will need time before she feels that she can rely on someone again. But once she does, she will give herself to him completely.

He will have to work hard to earn her trust. She learned not to trust anyone before they prove to her that they are trustworthy. But once he earns her trust, she will trust him with her life. She will put all her hopes in this man.

He will need time before she grows to love him. She has learned to be extra-careful and not to give her heart to just anyone. But once she loves him, that won’t be the half-assed love he is used to. She will love him with all of her heart, a way no other woman ever loved him. He will have no doubt that he is the most loved man on the planet.

And when that happens, everything from the past will be worth it.

Yes, this girl probably seems challenging and difficult to handle. And yes, when a real man comes along, he will have to invest a lot to win her over. But, trust me—she’ll know how to recognize him and she will give him everything back and more. 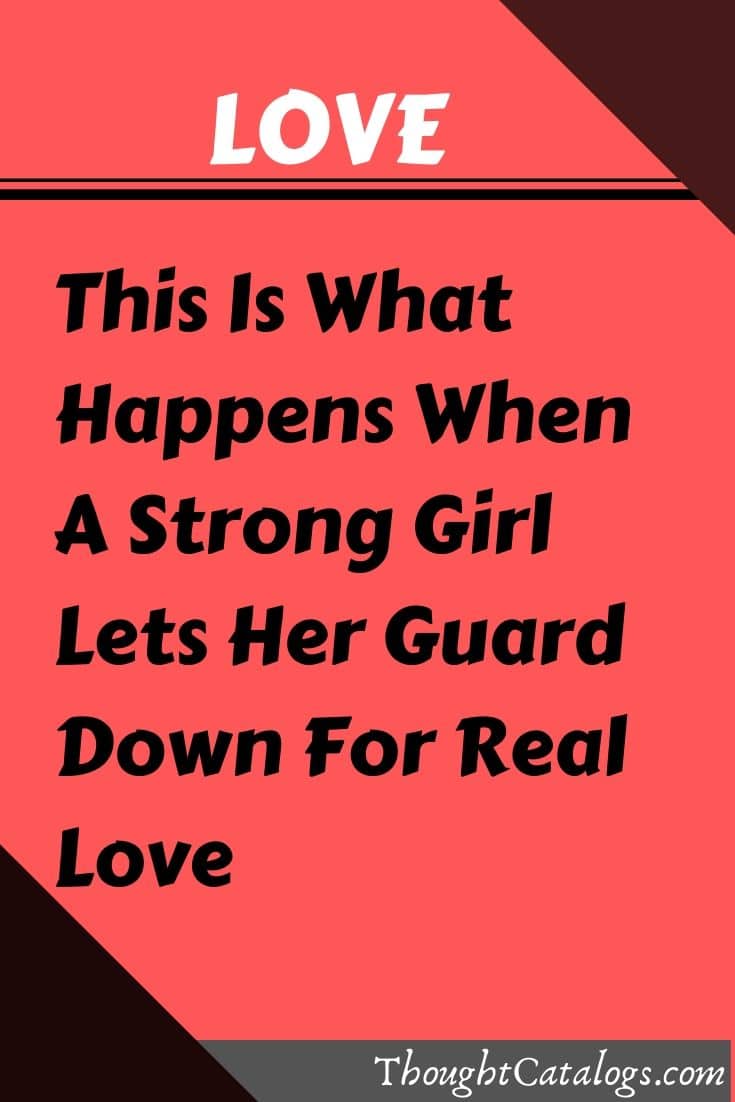