Toxic men are easy to recognize from a mile away. They always make you self-conscious about what you’ve been doing and make you feel like you have to fight hard for their attention.

Toxic men are real confidence destroyers because they cannot stand the fact of you being confident in front of them. They’ll do anything to prove to you that you’re not good enough.

These are some obvious signs in which they display their toxic nature but there are also some sneaky ones in which they try to hook you and you probably haven’t been paying attention to them.

Toxic men are pretty good at appearing nice and bad simultaneously. They always find a way to get what they want and sometimes for that, they use tactics that are not so obvious. Here are 5 sneaky ways toxic men try to get your attention and cover up their ulterior motives of manipulating you.

1. They make themselves the victim of their past

Toxic men want to make you feel sorry for them just to have an alibi in the future when they start acting badly toward you. That way they’ll be sure you will not judge them because they’ve gone through a lot.

Instead, you’ll be patient and full of understanding, not knowing that they’ve manipulated you to make you act that way. If you sense that they’re trying to play this victim game with you, run for your life and never look back.

2. They want to know everything about you

They do this because they want to target your weaknesses. They want to know every single detail of your life so that they can turn it against you when the right time comes.

If you can identify his behavior with other items on this list, then be sure he doesn’t want to know everything about you because he likes you. He’s just collecting your weaknesses so that he can use them to manipulate you.

3. They pretend that they’re into the same things as you

If they say they like all the TV shows you like, or that they’ve read all the books you’ve read or watched the same movies as you, don’t believe them. Toxic men will mirror your actions and behavior so that they can get closer to you.

Their ultimate goal is to make you feel like you’ve known them for years. By pretending that they’re into the same things as you, they want to appear as your equal.

Don’t let them fool you. When you sense that he’s bullshitting, know that you’re most probably right about it.

4. They shower you with compliments

Toxic men will tell you that they’ve never met anyone like you. They will praise your eyes, hair, and skin and they’ll do anything to make you feel like the most appreciated woman in the whole world.

But beware. Toxic men will do it because they know if they constantly flatter you, they will make you feel amazing and you’ll appreciate them for that.

Toxic men use excessive compliments only to lure you into their toxic world full of lies and manipulation. We all want to be flattered and loved for who we are but if you notice that he’s obsessed with flattering you, think twice before letting him into your world.

5. They are obsessed with talking about the future with you in it

Toxic men know that every woman wants to be sure she can count on her man that he will stay even if things get rough. That is why they will constantly talk about the future with you in it, only to reassure you that you’ll be safe with them.

They want you to think that you’re protected and taken care of, when in reality they know they’re just selling you their wishful thinking to lure you into staying with them. They themselves know that they would not be able to keep you if they were honest with you.

Remember that toxic men will always tell you what you want to hear. Don’t give them the satisfaction of thinking that you believe everything they say. Just trust your intuition and it will help you differentiate the truth from the lies. 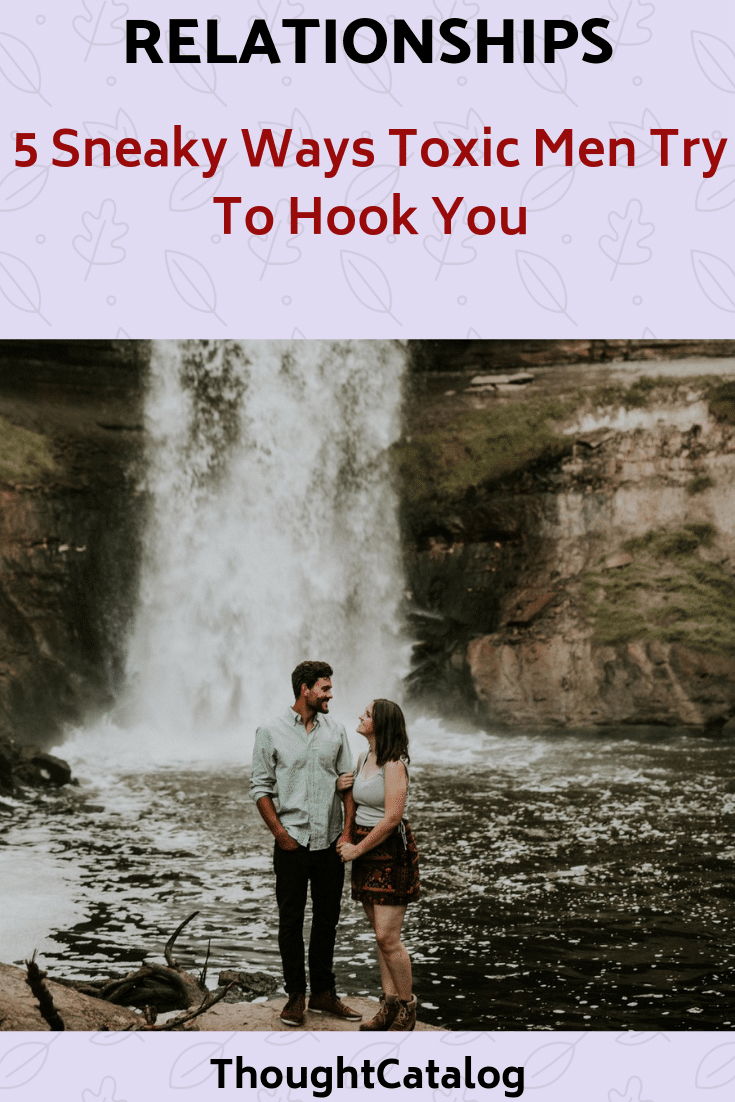 Check Also
Close
Featured Posts
Your Main Love Language, According To Your Zodiac Sign
15 hours ago

How Learning Horoscope Can Improve Your Relationship With Yourself In 2023, Based On Zodiac Sign
15 hours ago