All of you ladies must have heard at least one of these once or twice in your lives!В Here are some common lies that men tell whenever they’re looking to hook up.

A man’s mind is not complicated. It can be incredibly easy to decipher and dissect a man’s true intentions. It’s easy because men are typically the same and they only want one thing when it comes to women. They want to hook up and you shouldn’t blame them for that. It’s hardwired into their DNA for them to act that way.

It’s practically primal nature for men to crave sexual experiences. They will do anything to satisfy their cravings for pleasure, and that means lying too. Here are some common lies that men tell whenever they’re looking to hook up.

Chances are, you aren’t the sexiest woman he has ever met. You just happen to be the woman he wants to hook up with tonight, and you should be careful. If he’s lying to you just to hook up with you, you shouldn’t be getting any deeper expectations in your head.

2. I’m about to tell you something I’ve never told anyone else.

He’s probably used this line millions of times before with countless women. He wants to make you feel like you’re special and that you’re an important person to him, but in reality, he’s just trying to get into your pants. Don’t fall for it. Have some sense of dignity and self-worth. Resist.

He does get out much and he uses this line all of the time. He wants to come across as the innocent guy who is practically incapable of having any perverted thoughts. The truth is that perversion is practically a constant theme in his mind and tonight, you are the subject of his perversions.

4. I’m just waiting for the right girl to come along.

He’s not. He just wants to hook up with you. He’s trying to seem like he’s the sensitive and shy type of guy who really cares about a woman’s emotions, but the truth is that all he wants is a piece of your pie. Don’t fall victim to his sweet talk and his lies.

A lot of guys think that having a big bank account is the key to getting into any girl’s pants. While this may be true for some girls, most girls have enough dignity to know that a man’s bank account doesn’t play a factor at all. If he has to brag about how rich he is to impress you, chances are that he really isn’t that rich to begin with.

He will try to establish an emotional and social connection with you by expressing intimacy and comfort. He says he looks forward to meeting your family because he knows that your family is your soft spot. He knows that this would lead you to believe that he is a sensitive person who cares about you and you need to reward him with sexual favors.

The rule of don’t kiss and tell typically doesn’t apply to guys anymore. They’re bound to brag to their bros whenever they get to score a chick. It’s part of their primal nature to establish themselves as the alpha male. You’ll end up being just another trophy in his trophy case of sexual achievements.

8. You look so beautiful tonight.

He’ll say this to you even when you look like absolute horse manure. He’ll do anything to get into your pants; even lie about how you look at that particular moment. He wants to make you feel confident about who you are, and he wants you to be able to trust him even though he just wants a night in the sack with you.

9. We are practically the same person.

He will try to play the soulmate card. He will say that you have so many things in common and that you should try taking things to the next level. He will act all interested in the things you are passionate about just so he gets a shot at sleeping with you.

It’s technically true that he just wants someone to cuddle with. He wants to cuddle because he knows that cuddling eventually leads to a passionate night of lovemaking. He’s willing to tolerate the cuddling portion of it if it means better chances of getting with you.

It hasn’t been a while. He just wants you to pity him and give him a night he’ll never forget. Pity sex is really sad and pathetic. You shouldn’t fall victim to such an old tactic from the playbook.

He wants to make you feel special about wanting to hook up by saying he typically isn’t this kind of guy. He wants to lead you to believe that there’s something unique about you that arouses him. The truth is that he really is just the type of guy who hooks up often, and you’re another one of his victims. 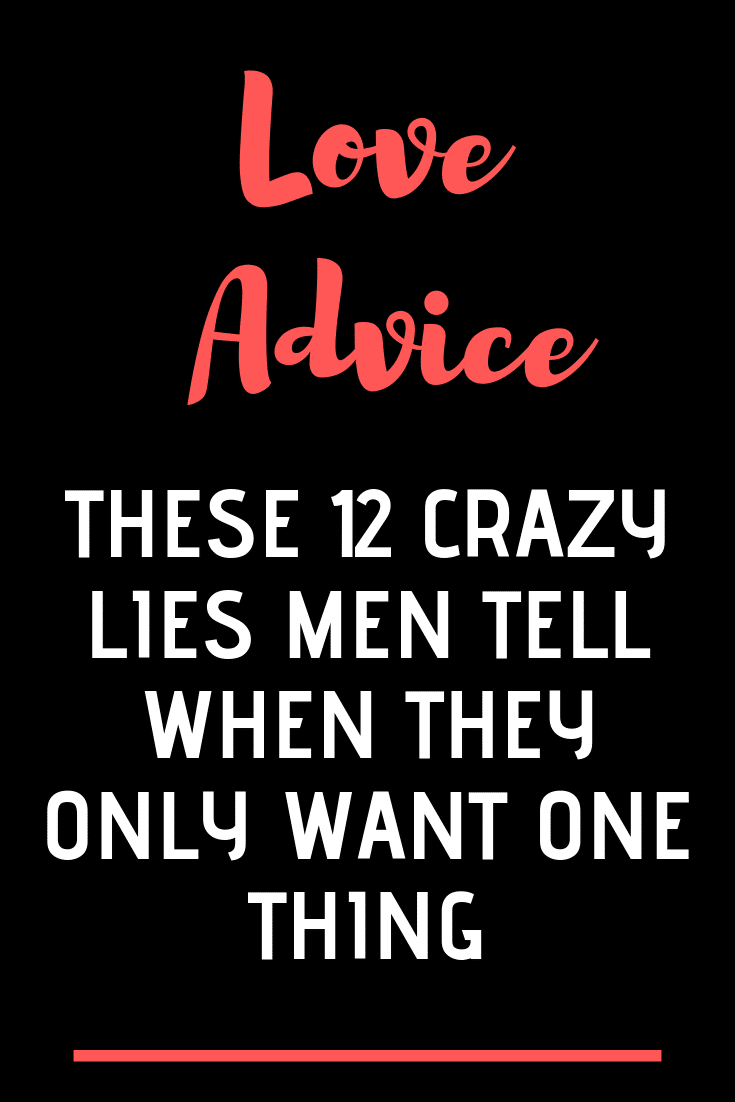 Make your Valentines day the best with your man