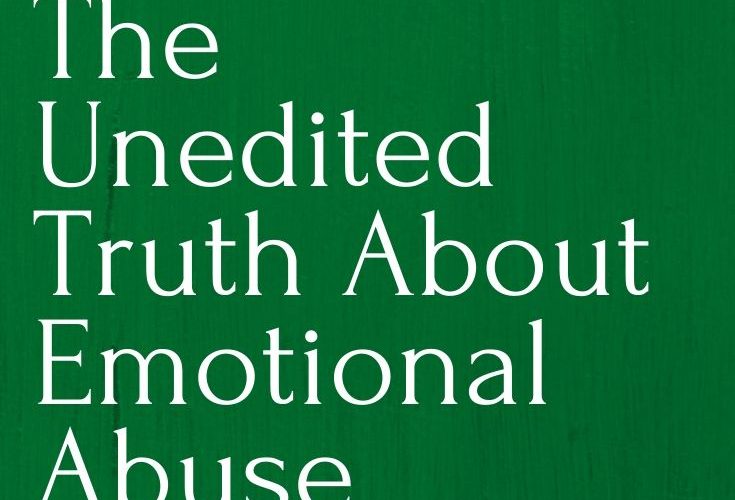 The Unedited Truth About Emotional Abuse

I will be the first to admit I didn’t understand the concept of abuse within a relationship for a very long time. The word “abuse” in itself seemed like a state of constant misery, a feeling that is very obvious and very evident. I would ignorantly think to myself, “They obviously must feel miserable, be miserable, and therefore be fully aware of the situation they have found themselves in. So why not just leave?”

Of course, I have grown up since these thoughts occurred in a lot of ways. The difference is that the high school version of me who didn’t understand and the 21-year-old student about to graduate college sees a much fuller picture of abuse. Specifically, emotional abuse.

I found it much easier to understand physical abuse. Even if you wanted to deny it, the evidence was written on your skin. And often, you did not leave because there was the fear of losing your life if you walked away, as well as factors of safety, income loss, potential children involved, etc. It seemed to me that physically abusive situations were much more complex and warranted more help from outside sources than emotional abuse alone did.

However, I am on the other side of this equation now. I realized recently that I grew up witnessing a severe case of this without even knowing it. And I have also found myself on the other end of a yearlong relationship that ended only by the grace of God in my life. Because had it not ended the way it did, I would still be sitting there, fighting for a love that never existed in the first place.

I grew up thinking that love was supposed to be hard. Love was supposed to have extreme high points and low points; it was supposed to be messy and painful. I grew up thinking that it was my job to hold everything together, to restrain my temper and navigate the issue first before bringing it up, to not act “crazy.” This was all due to the way my parents interacted. God forbid my mom show a single emotion, and she was labeled all sorts of demeaning language. But still, she thought of him all the time; we’d go shopping and she would see a shirt or shoes and buy them for him. She put every need of his first every single day. She did more things than I can even describe without being asked or receiving a single thank you. In fact, if she let anything slip in the slightest, she was met with harsh words and animosity. She was constantly instigated by him, teamed up on by him, dragged into public spaces the second she reacted poorly to prove the point to anyone around us of what he had to deal with.

I had no idea that this wasn’t functional, that this wasn’t what love was supposed to look like. Because for all of the moments like that, there were moments he’d talk sweetly to her, be affectionate in public, post cute pictures of them online with a heartfelt caption, treat her to fancy dinners, and apologize for his poor actions.

I was unintentionally taught that a lot of things were okay that were not. I can pinpoint specific moments in my life where my dad told us he was getting a divorce or I could hear him screaming it at my mom through their bedroom door; I could feel it in the absence of his presence each evening when he would go out and sometimes not come back at all. One time, he personally called me while I was away at college to tell me he hated my mom and was going to leave her. He would move out for a few weeks every few years of me growing up and then come home whenever he was done doing whatever he was doing. And always, my mom accepted him back.

Now mind you, I felt many of her pains. I always knew my dad was in the wrong. I prayed many times for my mom to leave him. But I also prayed that he would change, too. Because I could see the good in him just like she could. But there is a huge difference between him being a dad and a husband; you can be great at one and still be poor at the other.

This now brings me to my own relationship experience, the year that finally revealed to me this slippery slope I was destined to fall into. My ex-boyfriend demonstrated all of the behavior patterns my father had mastered and even more. Not all at once, but slowly over time. Still, I adored him, was patient with him, trusted him unwaveringly. I showed no emotions besides happiness, and if I was ever upset, I’d make lists of why in my phone or journal about it so as not to burden him with my insecure, paranoid, dramatic thoughts. I blamed myself every time I was hurt by something he did. And he encouraged me to do so when I would try and argue that my feelings were valid the few times that I did. I would speak calmly, politely, in all of the way’s psychologists tell us to in the midst of conflicts. Nothing ever got better. But love was supposed to be hard, wasn’t it? Men were messy and not capable of handling life as efficiently as I could. They were meant to lash out, be irresponsible, need uber amounts of “guy time” (even if that was just a cover for unfaithful activities) and substances to cope. Weren’t they?

Throughout this time of my life with him and through some of my father’s secrets coming to light for the first time in the 20 years he’d spent with my mom, I realized something about emotional abuse: It doesn’t always feel like abuse. If you were utterly miserable somewhere 24/7, you wouldn’t stay there, because that isn’t human nature. The trick is the false hope that your abuser keeps tossing into the mix. Sometimes, you feel on top of the world. You feel so proud of yourself and your partner for overcoming an obstacle that would have destroyed most other couples. You feel like because you’ve had so many ups and downs but are still together, nothing could ever tear you apart. But there is a huge difference between navigating something like long distance and navigating something like commitment issues. If you feel like it is your job to prove to your partner that you are good enough, it’s abuse. It’s not a hill to climb over and master. But boy, they sure will make you feel like it is until it reaches the point that they have cheated on you and you are fooled into thinking that it is your fault and your task to overcome together.

You don’t see the slow, gradual changes. You don’t see the lies. And the biggest thing I have learned is this: The difference between love and abuse is not about finding a perfect person who never has any doubts or has no poor personality traits, it’s about the intentions behind the person you are with. Sometimes, yes, you and your partner will go through personal ups and downs and need the other to carry a little extra weight for a period of time. That is an incredible pairing to find. But it is possible only because love is the motive behind the scenes; it becomes abuse when the motive is not love. This is what their intention actually is: What can I get out of this person? How far will they go for me? What can I get away with? What will they be able to do for me?

The focus is on them, not you. They will never serve you because they cannot think about anyone else besides themselves and what benefits them. They will never change. You will never be happy. You are wasting your precious time, energy, and love.

The raw truth behind emotional abuse? It is when someone with ill intent finds a human being with genuine love in their heart to give, someone who could give the world to their partner but instead ends up giving it to their leech because they have been slowly and methodically manipulated into believing that the leech is their partner.

When you realize that their excuses don’t add up, that they change for a week before going back to the same hurtful behavior, that you become the reason for their problems, and that nothing ever truly changes, leave. It is emotional abuse. They will never honor you. And unfortunately, leaving them will feel like a gamble no matter how miserable you are sometimes, because you can still remember a million moments in your head that you thought were love. You will not see it clearly until you are on the other side. So please, just get there. And make sure that you stay there no matter what you do. Indeed, one day, you will see that it was never love at all.

You deserve so much better.

Do not blame yourself. 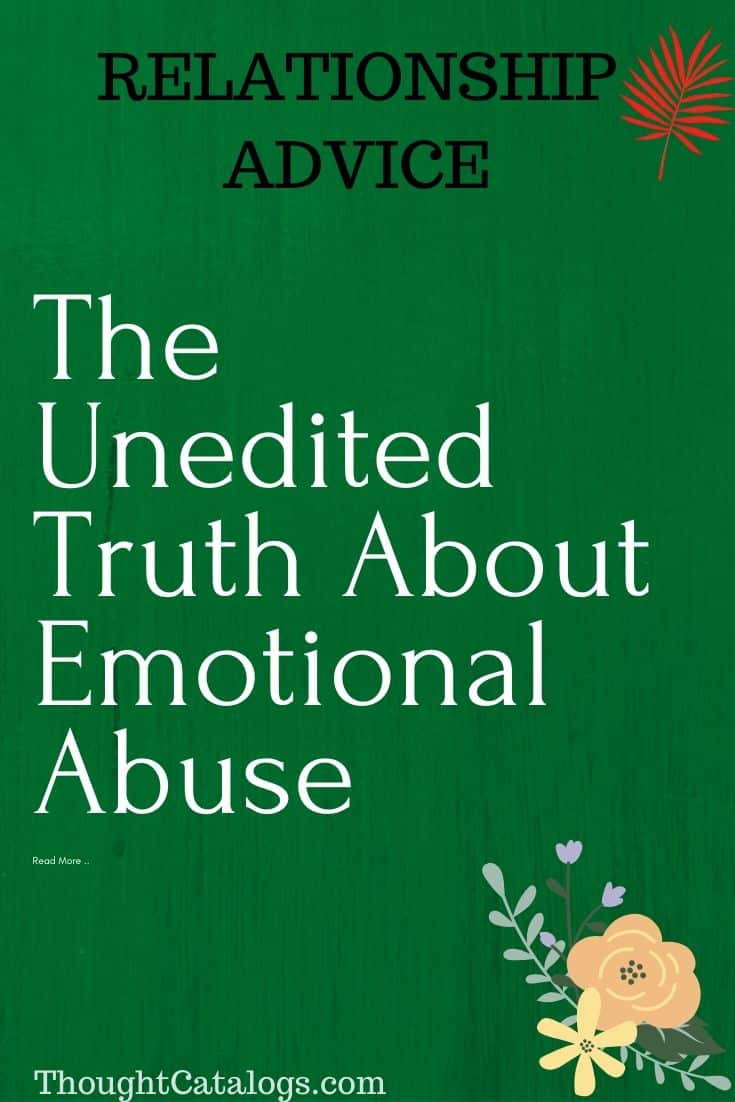