When you’re a good person you tend to project your ‘goodness’ on others. You have this inborn tendency to observe people as way better than they are and you tend to forget bad things that happened to you. You tend to forgive those who did you wrong and you tend to give new chances endlessly. You keep writing new books with the same characters from before.

Because of the person you are, you keep trusting people, you keep loving them and you keep giving them all the keys to unlock the doors that lead to your heart. You often forget to take care of yourself because you’re too busy taking care of everyone else.

You stay even when people show you their ugly sides. When you see the ugly parts of someone you don’t run away. You decide to love them even more for showing you that they’re only human and you keep thinking your love will make their bad sides a bit less bad. You stay even when things get rough. You stay even when the other person doesn’t deserve you because you’re a believer. And you can’t stop believing that each tomorrow will be better than ever today.

You’re a good person, but the ugly side of being a good girl is a little fact you keep forgetting and that’s that you live in a cruel world. You live in a world and in an age filled with toxic people, filled with narcissists and self-centered people who’re just waiting for someone like you to drink from their cup.

What happened the last time you got broken? Actually, don’t tell me, I know exactly what happened.

For once in your life, you needed someone to lean on. You needed someone to hold your hand and tell you everything was going to be fine. You needed them to hug all the bad from you, just like you’d do if they needed you. But, ‘surprisingly’, nobody was there. You were left alone to cope with your problems. They walked away because whatever they had going on was more important than being there for the person who had always been there for them. And your naive little heart never saw that coming. You thought you could count on them, didn’t you? Unfortunately, that didn’t turn out as planned.

Seeing those who should’ve been there walking away from you broke you. It left you empty-handed and speechless. It left you wondering what you did wrong and what was wrong with them, too. You know they should’ve been there for you, you know they should’ve asked how you were, but nothing like that ever came from them. And you ended up being broken by other people, by your own beliefs and by not having your expectations fulfilled. You got broken by not getting in return the love and care you’d been giving so selflessly to others.

I know exactly how it felt. It was unmeasurable pain. You were hurt to the bone, you cried a bit and you kept questioning everything. You tried to turn the other cheek, you tried to be rude, you tried to push them away, out of your life, you tried to be mad, but it didn’t last. You were mad for a day. You hated them for a second and then you tried to explain their behavior. You made them the victims of some unknown circumstances when you were the only victim there. Nevertheless, you decided that they needed your love and kindness more than you needed theirs. And then you forgave them.

The worst part is that you will forget whatever mean thing they did to you. You will forget it in no time. And you’ll allow those who hurt you, those who broke you, to get back in your life again.

You’re just not the kind of person who uses others. You’re the one who keeps giving herself, keeps firing love like fireworks, even though she’s broken on the inside. You just don’t have a mean bone in your body.

Whenever that weak voice at the back of your mind tries to remind you how much others hurt you, you shake it off and you smile like nothing ever happened. Only your smile is less of a smile than it was before. Only in your smile and in your eyes can you hide what was done to you.

But you shake your head at even the smallest appearance of bad memories and you smile. You put your heart on your sleeve again and you go out loving people regardless of if they’re gonna love you back or not. You give second, third, fifth chances and you let your guard down, hoping this time will be different.

You keep repeating the same mistakes day after day. But you couldn’t do it any other way because that’s just who you are. You’ll keep giving the best of you and they’ll keep using it and your smile will be more and more broken each time, but you’ll never stop smiling.

You will never learn the science behind being mean because you’re just not that kind of person. 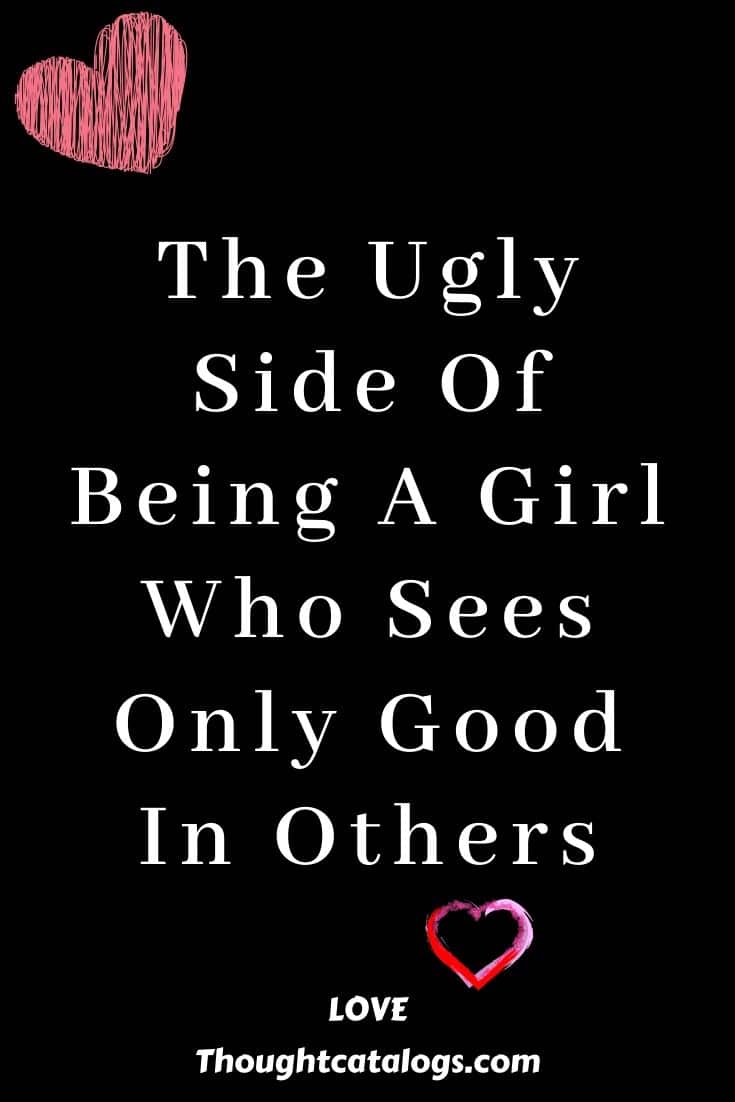 Before Falling In Love With An Emotional Girl With An Anxious Mind, Know This

This 5 Signs Will Be A Greatest Loves In 2023, According To Zodiac Sign
8 hours ago

These Zodiac Signs Whose Love Life Will Be Affected This 2023 Year, Based On Your Zodiac Sign
8 hours ago