The One Thing That Stresses You Out More Than Anything, According To Your Zodiac Sign

The world is full of stressors, but some bug us way more than others. See below for the number-one thing that stresses you out, according to your zodiac sign.

Nothing is more infuriating for the fast-moving Aries than getting caught behind some slow-going walkers or Sunday drivers. Especially when it’s not even Sunday!

TAURUS: FRIENDS FLAKING OUT ON PLANS

Tauruses are creatures of stability. So, when they get that early morning, rambling text from a friend warning of a possible impending cough—despite probably being FINE—followed by the inevitable canceling of plans, the Bull’s feathers get ruffled….so to speak.

GEMINI: WHEN PEOPLE HAVE NO OPINION

Geminis love to talk things out. And what makes good conversation? An interesting perspective and dueling ideas. See, the Gemini is like a fire—you need to fuel it. Starve it of oxygen and the Gemini feels suffocated—even if it is just over small talk with a co-worker.

Cancers are the most fearful sign in the zodiac, and they’ve already game-planned for 457 worst-case scenarios. (Note: This is why they always carry tissues, zinc, Swiss Army knives and several mascaras at any time.) So, anything happening anywhere at any time could potentially stress them out…Proceed with caution.

LEO: THE OTHER FUNNIEST PERSON IN THE ROOM

Leos are used to being adored for their natural charm and charisma. So you can bet their heart rates are going to escalate when they are in the presence of another really charming and funny person. Especially if that person is getting more laughs—probably a recurring Leo nightmare.

When a Virgo hears, “Oh, we’ll just figure it out,” or “Let’s play it by ear,” they know it means they are going to end up doing all the work… (Note: They will do the best job, though.)

LIBRA: BEING PUT ON THE SPOT TO DECIDE SOMETHING

“What, now? Before I’ve had a chance to first consult with everyone I’ve ever met to make sure everyone will still like me?!” Libras need to analyze every angle, from every perspective. Putting them in the hot seat gives these purveyors of justice the cold sweats.

SCORPIO: THE FIRST TIME THEY TELL A FRIEND A SECRET

Scorpios take a long time to trust people. While some folks absolutely need to air what’s on their mind to close friends, Scorpios feel most comfortable holding it all in. So when they do start to open up, they feel the most vulnerable—to them, that’s one more person in the world with dirt on them.

Sagittariuses love the freedom to indulge their every whim (don’t we all?). Even if they were going to wear a gown anyway, as soon as you enforce a black-tie dress code, they’ll suddenly be dying to wear a casual romper instead.

CAPRICORN: LACK OF A DRESS CODE

Capricorns like a clear set of standards so they can meet them and look good while doing it. It’s what they do. Without guidelines, how will everyone else be able to tell they nailed it? [Note: They always nail it.]

AQUARIUS: TYRANTS WHO AREN’T THEM

Aquariuses are usually so certain in their beliefs that they can err on the rigid and dogmatic side. So, nothing makes them sweat more than dealing with people who are equally as rigid, but with different opinions.

PISCES: OTHER PEOPLE STRESSING OUT

Truly, Pisces are extraordinary empaths, and they can feel other people’s moods almost as strongly as they do. If someone else is stressed out about something, Pisces will be, too—even if they have no idea why. (And that might stress them out even more!) 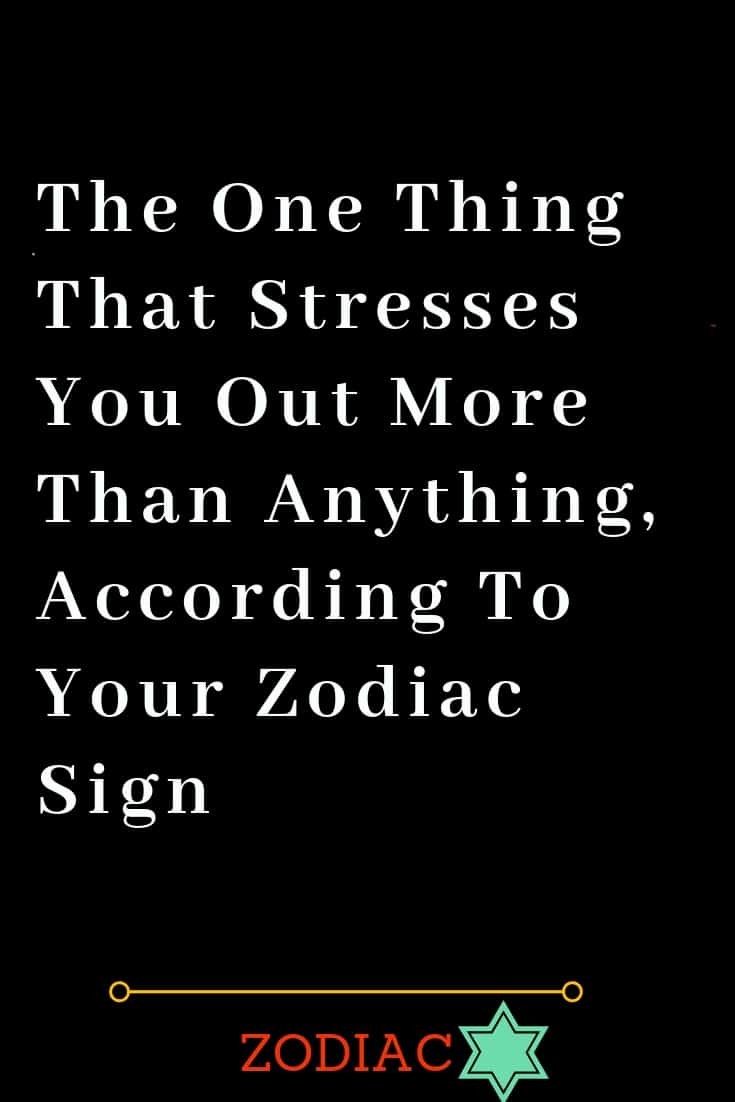 I am scared. Everybody around me seems to fall in love so easily. They are happy inside their love bubbles and I am not...

The Top 3 Wife Prospects, Based on Zodiac Signs

Everyone wants to have a happy and lasting marriage—nobody gets married thinking it’s not going to work out. But a marriage takes hard work,...

These 6 Zodiac Signs Are Always Ready To Fight

Wonderful traits and things characterize every sign of the Zodiac, but there are a few of them which have quite well-known bad characteristics. Some of...

This Is How Love Changes You, According To Your Zodiac

Whether you like to admit it or not, the appearance of love in our life changes us all. And this is exactly what kind...
𝐓𝐡𝐞 𝐭𝐡𝐨𝐮𝐠𝐡𝐭 𝐜𝐚𝐭𝐚𝐥𝐨𝐠𝐬 is an Educational & Entertainment Platform theme. Our Team Publishes 100+ Content On Weekend/Monthly. We will motivate the needs of any person & make them inspire instantly You, Will, admit Once You Begin Your Journey With Us. The Thought Catalogs platform is a perfect choice.
© Copyright © 2022 - All Rights Reserved | TheThoughtCatalogs.