Alright, so I don’t normally get all gushy about celebrity couples, but there’s something about Kristen Bell and Dax Shepard that always reinstates my belief in love. You can’t deny that their feelings for each other seem so genuine. With all that pressure from the media to maintain an image of perfection, they have no problem with simply being themselves, and to me, that’s how you know they’re the real deal. It begs an astrological analysis, doesn’t it? Because what Kristen Bell and Dax Shepard’s zodiac signs reveal about why their relationship works is beyond fascinating.

I mean, did you not see their interaction on The Ellen Show? After Kristen asked Dax what he thinks the perfect birthday gift for a spouse would be, he replied: “I would say please, please, please give that person love and support for 11 years, give them two beautiful baby girls and you’re good.” Cue the tears, am I right? So, what’s their secret? Is there something astrological going between these two Michigan natives that creates such an overwhelming spark? Like all things zodiac-related, it’s complicated.

To scrape the surface of things, Kristen was born on July 18, 1980, which makes her a Cancer. Dax was born on January 2, 1975, making him a Capricorn. These happen to be opposite zodiac signs, which automatically creates some serious sexual chemistry. There’s always a beautiful friction between opposite signs because, even though they’re completely different, they also understand each other in a way that no one else can.

A CANCER AND CAPRICORN COMPLETE EACH OTHER

While I don’t have access to either of their birth times, limiting my ability to delve deep into the compatibility of their natal charts, I can tell you that there are some super interesting aspects between Kristen and Dax. To put it bluntly, they don’t have the easy and free-flowing astrological harmony that you’d think they would.

In astrology, the most positive and balanced aspects are often trines and sextiles. Have you ever wondered why they say you should date someone who’s zodiac sign falls under the same element as yours? That’s because it would mean that your sign trines their sign. Have you ever wondered why they say earth signs tend to work well with water signs and fire signs work well with air signs? That’s because those signs tend to form a sextile with each other.

However, I don’t buy the idea that you need “perfect” compatibility in order for a relationship to work and I never have. When things are smooth sailing and non-confrontational, don’t things tend to get a bit boring? In my opinion, squares, oppositions, and conjunctions (the so-called “negative” aspects in astrology) make things way sexier, and in fact, you can’t have that much chemistry without them.

OPPOSITES ATTRACT AND IT NEVER GETS BORING

With how quirky and raw the passion between Kristen and Dax is, it doesn’t surprise me that they’ve got a mountain of oppositional aspects between them. We’ve already talked about how Kristen is a Cancer and Dax is a Capricorn, which already makes them opposites, but there’s more. Kristen’s sun sign also opposes Dax’s Venus sign. In astrology, Venus is the planet of love, and to have such a complex aspect between these two planets just screams a romantic connection that never gets boring. I bet there’s always a bit of excitement and mystery between these two, and that makes a relationship that will never grow stale.

But wait, that’s not even the only major opposition that we need to take into consideration. Kristen’s Venus sign also opposes Dax’s Mars sign. In astrology, Max is the planet of sexuality, and to me, this creates a fire of desire that’s always rocking and rolling. If I’m being honest, I can’t think of a more interesting aspect to have when Mars is involved.

In my opinion, I think that Kristen and Dax are proof that astrology is so much more complex than many of us think, so don’t ever let someone tell you that you’re incompatible with your partner because of a superficial idea of the how the signs can work together. Chances are, an unlikely start makes for a worthwhile journey. 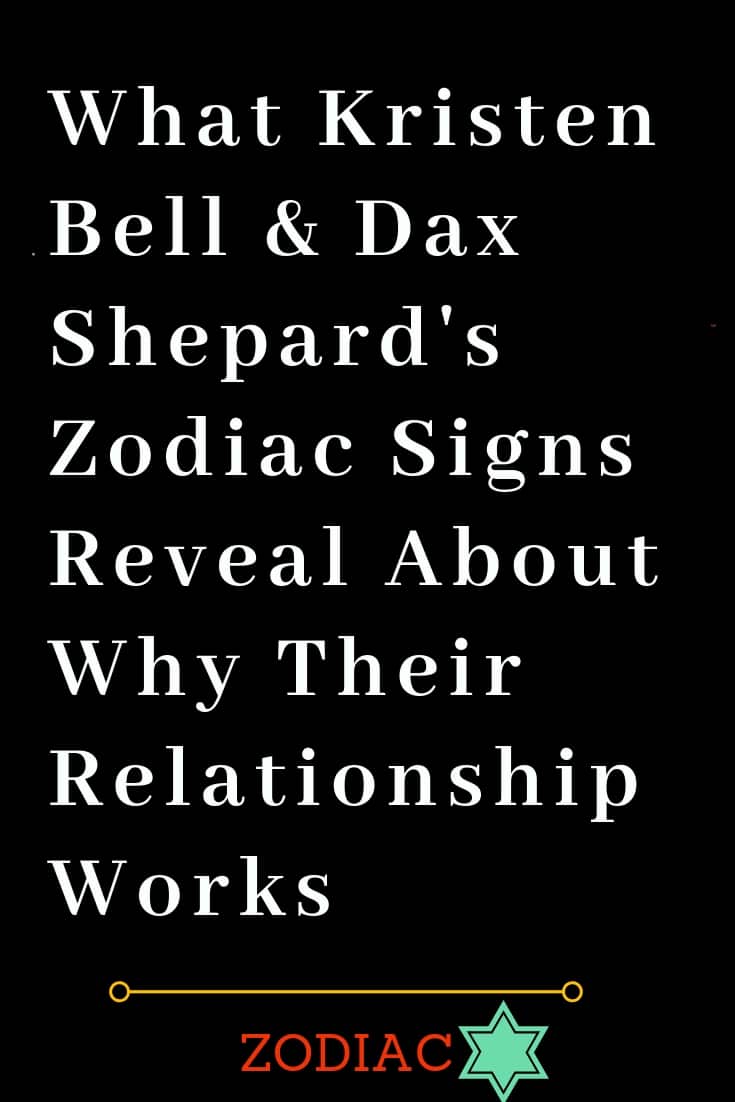 The One Thing That Stresses You Out More Than Anything, According To Your Zodiac Sign