When you start focusing on yourself instead of on everyone else around you, you will see how mistaken you’ve been all this time. When you fully commit to your interests and desires, not everyone will be ready to follow you and that doesn’t mean you need to change. It means you need to stop giving your love to those who aren’t ready to receive it.

Survival love means doing anything to get enough to stay satiated but the real one means mutually contributing—giving and receiving the same amount you’ve given. So, don’t satisfy yourself with survival love because you were born for so much more and much greater than what you might think.

Stop believing it and stop giving yourself selflessly hoping that they will change their mind. Stop loving them just so you can expect them to love you back. Stop expecting. Don’t be afraid to do what is right. Don’t be afraid to say no. And when you do, what’s the worst that could happen?

When you stop prioritizing them, they might say that you’re selfish.

When you stop calling and texting them, your phone might stay dark for days.

When you stop loving them, your relationship might be ruined.

And if that happens, why would you care? They had plenty of time to work on their behavior and start appreciating what they had. And now is the time for you to start working on yourself and stop giving a shit about those who are obviously not on your commitment level.

You were the only one investing in your relationship in the first place and you are not obliged to feel sorry if it breaks up when you stop doing so. Because if it does, it means it was not love at all. It was just your goodwill to share your patience with and care for those who were not ready to do the same.

And now is the time to stop doing that. It’s time to make your life a safe place in which only people who are grateful, reciprocal and caring are allowed to enter. It’s time to get rid of all of the negativity and indulge in the positive because you are not the one who is responsible for helping them and changing their life for the better.

The only thing you should think about is saving yourself because if you don’t, no one else will do it for you. So, stop giving your love to those who aren’t ready for it. Love yourself and share your love only with those who are worthy of it. 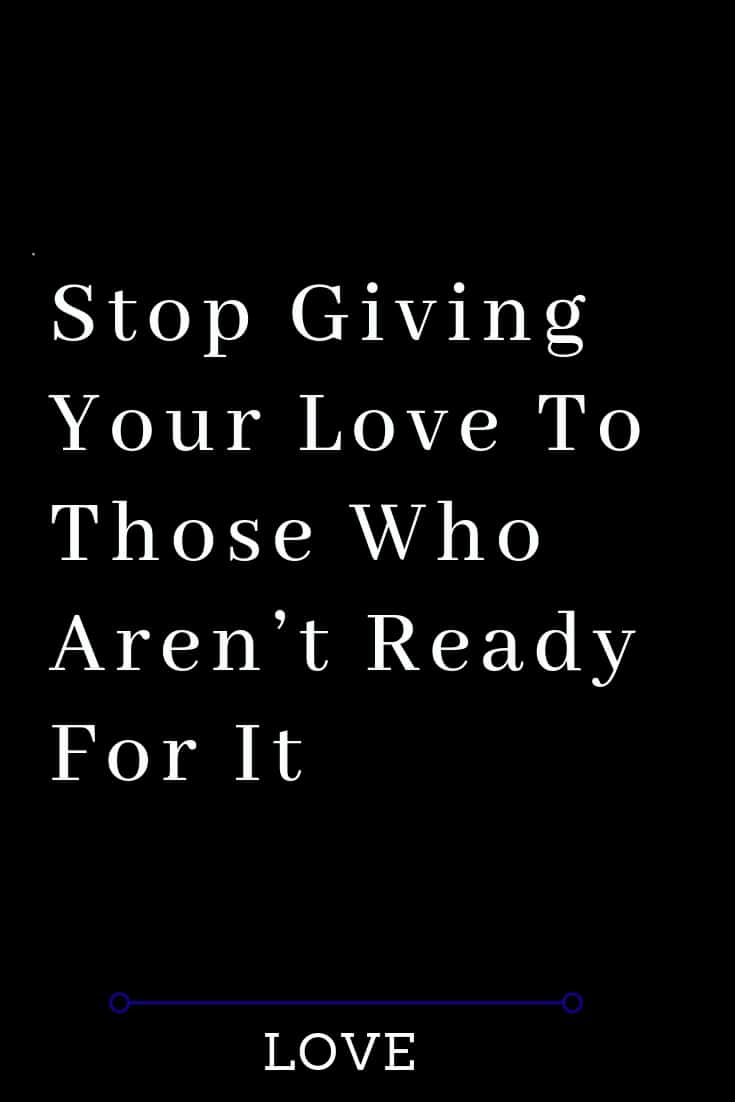 2020 Horoscopes: The Astrology of the New Decade

Aries You're impulsively trying to get someone to respond to your messages or your telephone call. Or he or she might be doing this to...

Uranus retrograde may not have been common, but it has happened this year. August 7th saw it entering retrograde in Taurus and it will remain...

As we come to an end with June, we need to ready ourselves for the powerhouse of energies that July will be. We are...

Once upon a time, I fell in love with him. Once upon a time, I gave all of myself to the man who couldn’t...
𝐓𝐡𝐞 𝐭𝐡𝐨𝐮𝐠𝐡𝐭 𝐜𝐚𝐭𝐚𝐥𝐨𝐠𝐬 is an Educational & Entertainment Platform theme. Our Team Publishes 100+ Content On Weekend/Monthly. We will motivate the needs of any person & make them inspire instantly You, Will, admit Once You Begin Your Journey With Us. The Thought Catalogs platform is a perfect choice.
© Copyright © 2022 - All Rights Reserved | TheThoughtCatalogs.