ThoughtCatalogs
May 6, 2019
Share
Facebook
Twitter
Pinterest
WhatsApp
Linkedin
ReddIt
Tumblr
Flip
Copy URL
It’s no wonder you think that all men are the same because you only met the ones that are so far. If they were not completely the same as each other, they were at least similar. And it seems like they have been like that for as long as you can remember. Half-assed loves, poor investments, self-absorbed and toxic men are all you can see when you sum up your love life, and it’s making you pessimistic about your future. The thing you fear the most is that there is nothing else out there and that you will either end up in the arms of someone unworthy, again, or that you will remain forever single. Neither of those scenarios is likely to happen. Sure, you might be single for a short or long period of time or you might have a few more crappy relationships. But nothing is forever, not even your bad streak in love. Sooner or later, your luck will turn. You will meet someone who will make sense of all the mess you have been through. They will show you why it all had to go down this way before they showed up. You are used to men whose love was indecisive. They never could make up their mind about you. They were always something almost and never anything real and attainable.   They were with you but they always held one foot out of the door, ready to run at any given moment. They wasted your time, shattered your dreams and broke your heart. He, on the other hand, will be sure about you. You will know where you stand with him. He won’t flake when he hears the words exclusive or commitment. He will be yours and he will be proud of it. You are used to men who use you. Who see your goodness as weakness and a way to get what they want from you. Because of them, you have known nothing but one-sided love. You were always the one who made all the necessary efforts. You were always the one who invested and gave more. You were the one who sacrificed her own happiness to make the one she loved happy. But no more. He will show you that love should go both ways. He will match your efforts and investments and try to give you even more. He will want to make you as happy as you are making him. You are used to men who care mostly about themselves. It’s not that they never cared about you, it’s just that they never cared enough. They were too self-absorbed for that.   The only thing that interested them was making sure they were fine and content. They only made time for you when it was convenient for them. Being together, texting and calling were mostly done on your initiative. But it won’t be when you meet him. He will make time, he will call, text and stop by. Not because it’s convenient, not because he is lonely but because he can’t wait to see you. You are used to men who don’t hesitate to hurt you. They said some pretty nasty things, they might have even called you all sorts of names, they didn’t choose their words wisely. They went above and beyond to lower your self-esteem. To make you feel like you were less and you were not enough. They projected their insecurities on you. They played all sorts of mind games. He will never do that. He will never hurt you intentionally, not with words, not in any other way. Sure, you might have a disagreement every now and then but he will never be rude or disrespectful. He will never make you feel like you are less. He will never cut your wings, he will be the air beneath them that makes you fly. He won’t resort to playing mind games, he will be completely open and honest. You are used to men who have wandering eyes. You saw them flirting with other women or they might have even cheated on you. You felt like you were not the only one.   You could never relax or trust them completely. You lacked emotional safety and you thought it was just a matter of time before they would find somebody else and forget all about you. But with him, you will stand in awe. He will be someone who will make sure you know that there is no place in his heart for anybody but you. For him, you will be the most beautiful woman alive.   He will love your strengths and admire the way you handle your weaknesses. He will embrace you faults alongside your virtues. But above all, he will be someone you can trust completely. All those lousy men, all those emotionally draining relationships, they served their purpose. They were there to teach you a lesson. They made you stronger. They made you love yourself more. They made you into the woman you are today. Those lessons were tough but you see, we never really learn much from things that come to us easily. The toughest lessons, no matter how unwanted they are, make us grow like nothing else. If nothing, your bad streak in love taught you what love should never look like. Maybe that’s everything you need to know. It will make you recognize real love when it crosses your path. It will make you value the man who will show you that he is the exception, that in the end, not all men are the same. 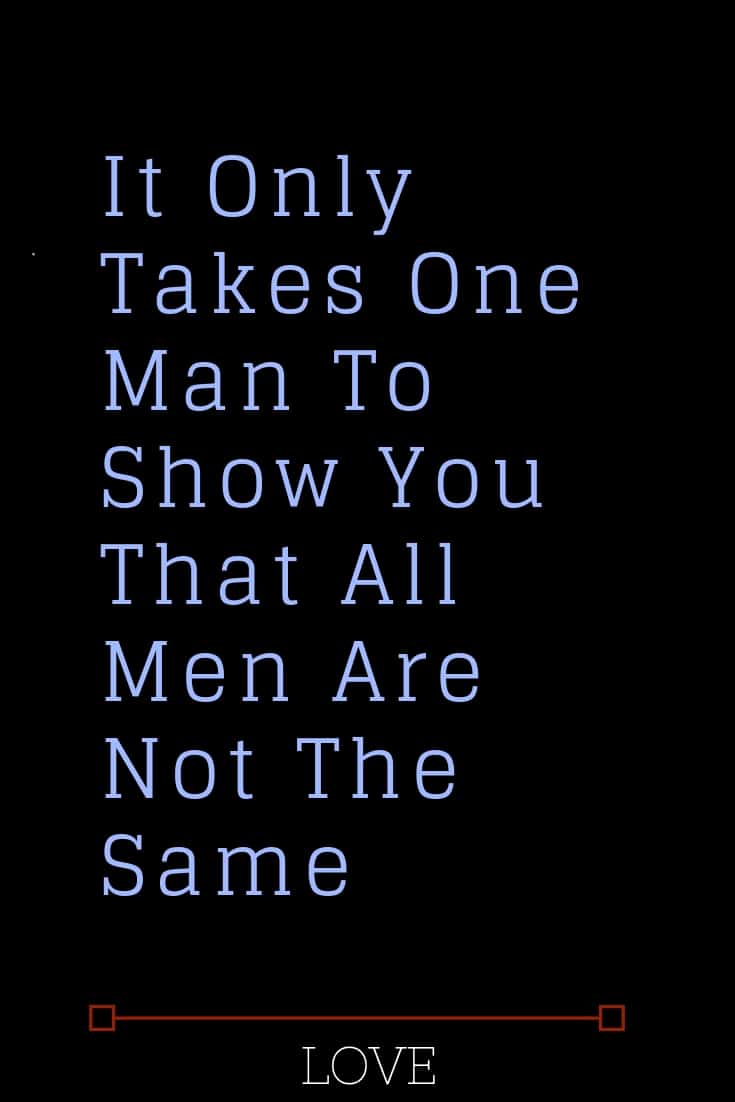 1. He keeps his emotions hidden You constantly have to read the signs and decipher his mixed signals to see where his head is at because he...

Zodiac Signs Ranked From Relaxed To Most Possessive

1. Aquarius You’re so relaxed that sometimes it looks like you don’t even care about anything. It’s okay to not be so invested in everything, but...

Love Is Like A Lost Fart. If You Have To Force It, It’s Probably Shit

A few days ago I read this undoubtedly realistic quote by Stephen K. Amos, “Love is like a lost fart. If you have to force...

When you first get into a relationship, it feels like it’s all rainbows and butterflies—all you want to do is spend time with your...
𝐓𝐡𝐞 𝐭𝐡𝐨𝐮𝐠𝐡𝐭 𝐜𝐚𝐭𝐚𝐥𝐨𝐠𝐬 is an Educational & Entertainment Platform theme. Our Team Publishes 100+ Content On Weekend/Monthly. We will motivate the needs of any person & make them inspire instantly You, Will, admit Once You Begin Your Journey With Us. The Thought Catalogs platform is a perfect choice.
© Copyright © 2022 - All Rights Reserved | TheThoughtCatalogs.