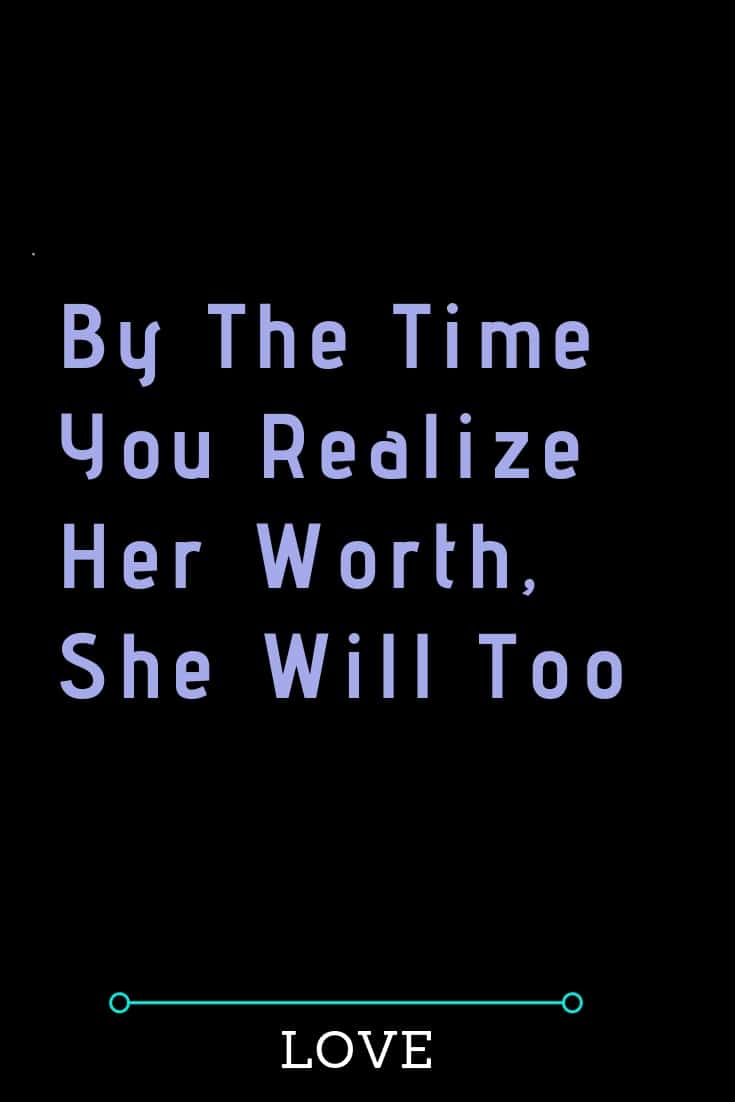 When you forget how much someone means to you, try to picture your life without that person. Is it good or is it bad? Will you miss that person or will it break you not to have her in your life? That should tell you what place that person deserves to have in your life.

She spends hours in front of the mirror to look pretty for you.

She chooses what to wear and she changes her outfit at least three times before she chooses the perfect one you’d like.

She writes a message and deletes it and then she writes it again and then she spends all the time you need to answer wondering about how you’ll react and if she said something wrong.

She started losing herself because of you. She started loving you more than she loves herself. She made you her priority. You stole her heart, you invaded her thoughts and she just can’t get rid of you. Whatever she does, she has you on her mind. Whatever she tries to do, she wonders what you will you think of her. And you have no idea.

You have no idea…

She used to have a good sense of self-worth but now it’s all reflected in you. She wants to feel from you that she is worth it. But you’re not ready to make her feel that way because you don’t have the eyes to see her that way.

By the time you realize her worth, she will too. Things will change. She will get distant and she will distance herself. If you don’t stop her, you won’t have her anymore.

‘Knowing when to walk away is wisdom. Being able to is courage. Walking away with your head high is dignity.’

She’ll figure out that she’s fighting for you in vain. She’ll find the courage to leave and she’s going to walk away with her head held high, because there isn’t a thing she should be ashamed of. She gave all of her. She loved you. She cared for you. She tried, God she tried. You didn’t. There is no shame in love that wasn’t reciprocated. There is only shame in you not giving her what she deserves. There is just shame in you not appreciating her. There is shame in your actions, not in hers.

Only then will you realize you lost the one person who actually cared for you. But it will be too late.

May 2021 Will Be The Best Month For These 3 Zodiac Signs, So Time To Celebrate

When You’ll Find Your Forever Person In 2022, According To Your Zodiac