Although I Thought Losing You Would Destroy Me, It Actually Healed Me

In the beginning, I saw you as a loving and caring guy, as a man who would make all my dreams come true. I really wanted to believe in your love even though I rarely had anything to hold on to.

And even when I realized all of these things, I still wanted you to stay by my side. Even when I saw your true face, I was still afraid to lose you and I was petrified that there might come a time when you’d walk away from me. I simply couldn’t picture my life without you in it. I was ready to withstand whatever it took just to have you by my side. I was ready to endure all of life’s difficulties and everything you were putting me through just to keep you around.

Because my biggest fear was that you would leave me. I was ready to do whatever it took just to keep that from happening.

But I didn’t manage to do that. All of my efforts and everything I did for you weren’t enough to keep you by my side.

And when you left me, I thought that was the worst thing that could happen to me. I thought I’d die without you by my side and I never thought I could survive your departure. I couldn’t imagine existing without you and your absence made me want to die. I won’t talk about all the pain I went through because that is a period of my life I wish to forget about.

I’ll only say that after months of being broken into a million pieces, I’ve finally started putting myself back together. And after a while, I felt like I was reborn. I felt like I was seeing the entire world around me for the first time.

Yes, at first I thought you leaving me would destroy me and that it would kill me. But actually, it turned me into a phoenix, who rose from the ashes, stronger than ever.

Now I know that you walking away from me was actually the best thing that could have happened to me. I am finally liberated from you and from your torture and that is the best feeling I’ve ever experienced. I thought I would die without you but it turns out I was reborn.

After all these years, I am finally free. And there is nothing you can do to take that freedom away from me. 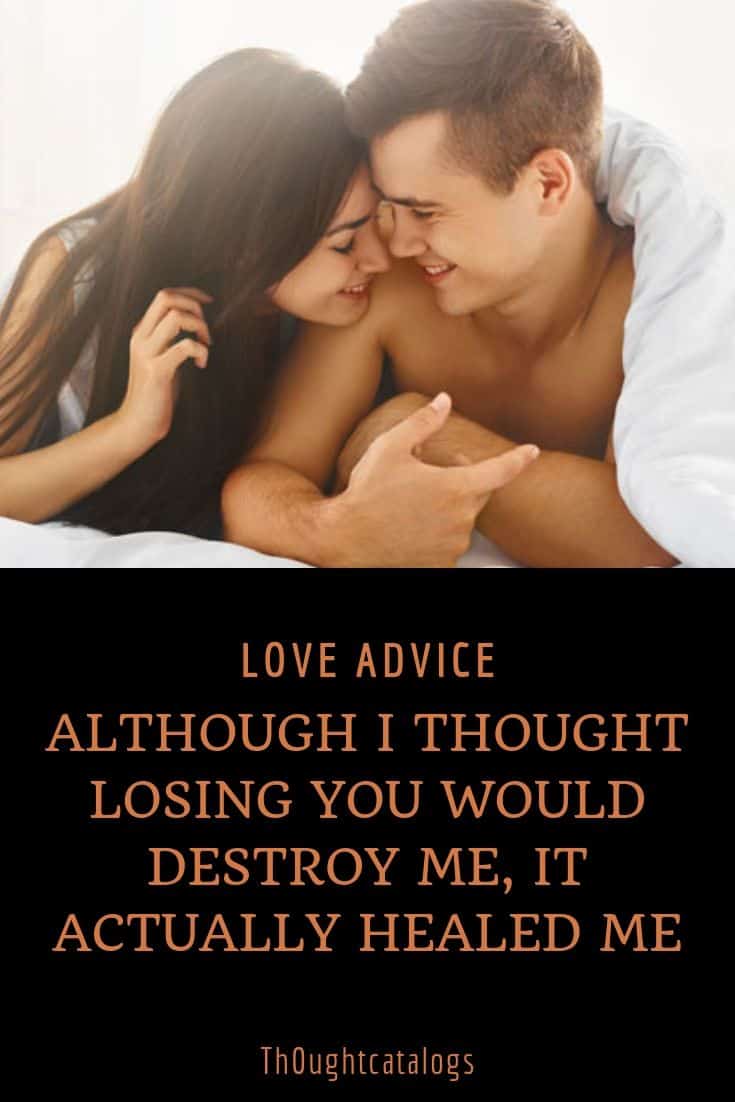 What happens when his hidden emotions come to the surface? I met a guy a while ago. I fell for him the second I laid...

With 2020 almost here, it is only natural that most of us are thinking about what to expect from this New Year. You may...

There isn’t a greater feeling in the world than meeting someone with whom you feel free to be who you really are, make a...

Do You Think You Know That He Is The One?

Before making this beyond complicated, I will tell you the truth from the start. The truth is that you don’t know and you will...
𝐓𝐡𝐞 𝐭𝐡𝐨𝐮𝐠𝐡𝐭 𝐜𝐚𝐭𝐚𝐥𝐨𝐠𝐬 is an Educational & Entertainment Platform theme. Our Team Publishes 100+ Content On Weekend/Monthly. We will motivate the needs of any person & make them inspire instantly You, Will, admit Once You Begin Your Journey With Us. The Thought Catalogs platform is a perfect choice.
© Copyright © 2022 - All Rights Reserved | TheThoughtCatalogs.