This will teach you to love and cherish your true love when you meet him because of all the times you’ve been hurt, mistreated and manipulated. So, here goes, the list of men who’ll hurt you and you’ve probably encountered them already and if you haven’t, then you will:

1. The ones who take advantage of you and leave

If they were dumped and are hurting now, they will be with you only to make themself feel better. They will just keep you for the rebound. Every time they need help, you are there for them but when you’re hurting, they are nowhere to be seen. And once they feel better, they will discard you completely.

2. The ones who enjoy control

Control freaks are extremely dangerous but they can’t help themselves. They enjoy control and even if a tiny thing is not under their rule, it will make them crazy. They are assured that they know and see everything and if you try to suggest something, not only will they deny it but they will hurt you in the process because, you know, your opinion doesn’t matter.

As long as you are submissive to them and do exactly everything they tell you, everything will be fine; they will be happy and there will be no need to panic. But as soon as you develop your sense of self and you want your opinion to be taken into consideration, then you have a problem because the worst thing that can happen to a control freak is to lose control over you.

The classic case of a D-bag but even so, girls seem to fall for them every time. Even when they see and know a guy they like is a fuckboy, they don’t give up. Every one of them thinks they can change his behavior and turn him into a normal guy. That is not going to happen! It’s impossible and it’s pretty ridiculous to even think that you can change someone. You can help them if they want to change themself, you can be their support but you can’t decide to change them without them knowing it.

And what happens every time? He doesn’t change, he breaks your heart and moves on to the next victim. You have to understand that you can’t play his mind games because you will lose. He was playing this game long before you came along and he knows exactly what he’s doing.

4. The ones who play the victim

For every mistake they make, they have an excuse which leads you to think that something is wrong with you, and that you are overreacting. So you slow down and find more understanding for them, even though they don’t deserve it. They are one of the most toxic people to be around.

Their victim-playing is their strongest weapon because in that way they are manipulating you and you don’t get that you are being played. They never accept that they did something wrong and if you corner them, they play the victim, so you feel sorry for them and doubt yourself and your actions.

It’s hard to handle a liar because you never know if they are telling the truth. You can’t trust them and you can’t build a relationship if there is no trust. And even if the slightest problem arises, you will doubt him and his words won’t mean anything to you.

And in the end, it will turn out that you were right all along. He betrayed you, he lied to you and he broke your heart. That’s what you get when you mess with liars. They can never change and that’s something you should have known from the start.

6. The ones who aren’t quite ready for a relationship

First of all, this is a lame excuse. Who is ever ready for love? It’s not like you can say to yourself, okay now, I want to love someone and I want to be loved, so let’s do it! Yeah right, if only that could be possible. This guy is just not the right person for you.

These men will never be ready to commit to you, they will always have problems in life that keep them from giving their attention to your relationship. Either they have problems at work, or with their family, or they haven’t yet gotten over their last break-up. They are still aching, but what they’re actually doing is keeping you as a backup plan, so if something better comes along, they will leave.

7. The ones who let you be the only one who tries

They will leave you to do everything. They will manipulate you into chasing them because they don’t feel like it. They will never do anything nice for you but they know how to make you do something nice for them. They never answer their texts and it makes you wonder if everything is okay, so you send 10 of them.

And the scenario is, they answer tomorrow with: “Hey babe, sorry I didn’t see you texted me,” which is ridiculous because you know he never lets his phone out of his sight. Anyway, they will hurt you but they will help you at the same time because you’ll learn your lesson and never make that mistake again. 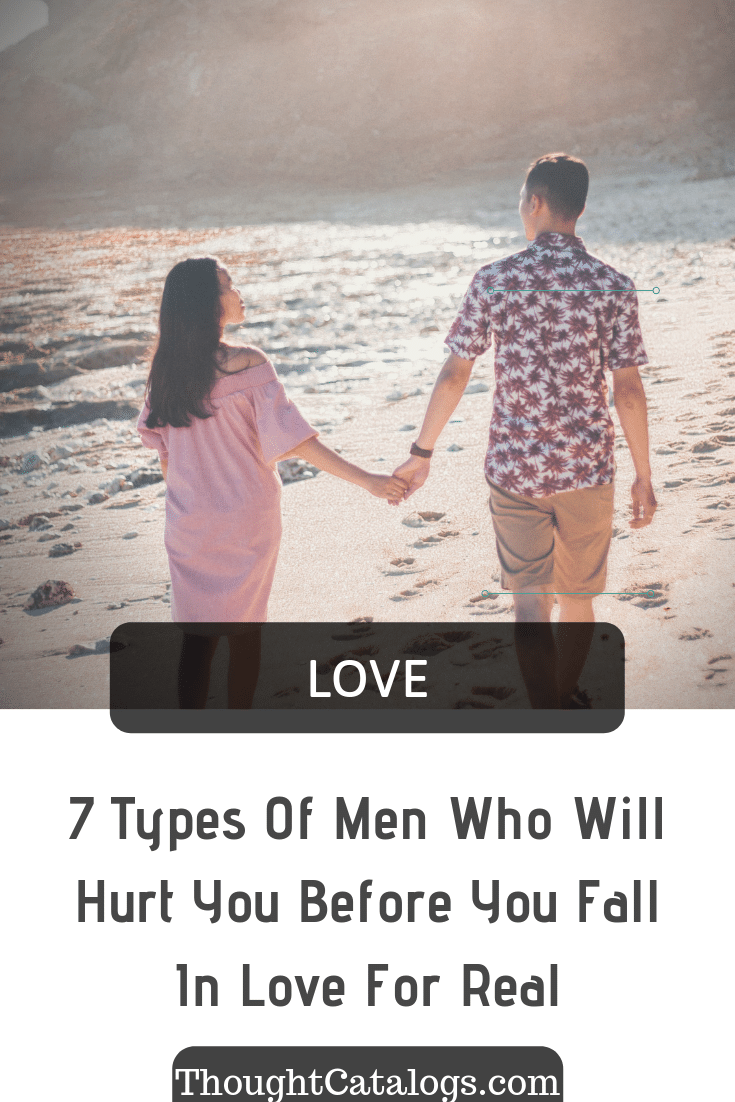 Horoscope Your Zodiac Signs for August 2021

This is your solitary horoscope for August 2021. Will you have a hot flirt or will you stay isolated? Is there also a prospect...

On Monday, the development of each event will depend on your emotions and mood. Your actions will be determined by your personal desires, which are probably...

This Is How Each Zodiac Sign Will Fall In Love

Aries You’re always the first one to make a move. You know what you want and you are never shy about going after it. You’re a...

Aries ( March 21st to April 19th). You'll find out to not care as much about what every person else wants for you, and also instead...
𝐓𝐡𝐞 𝐭𝐡𝐨𝐮𝐠𝐡𝐭 𝐜𝐚𝐭𝐚𝐥𝐨𝐠𝐬 is an Educational & Entertainment Platform theme. Our Team Publishes 100+ Content On Weekend/Monthly. We will motivate the needs of any person & make them inspire instantly You, Will, admit Once You Begin Your Journey With Us. The Thought Catalogs platform is a perfect choice.
© Copyright © 2022 - All Rights Reserved | TheThoughtCatalogs.