When we were younger, we all imagined our future partner in ways that aren’t really rational. You probably wanted someone with big muscles or a nice beard but do those things really matter? Some things are more important, like if he respects you or if he makes you feel safe and appreciated. But there are a few things that are completely irrelevant when you’re in a relationship with the right person.

OK, I won’t be one of those people who says that looks don’t matter but let’s be honest, if he puts effort into how he looks and dresses nicely, then nothing else matters. You shouldn’t be judging a man on whether he has muscles or nice eyes. The thing that is important here is if he treats you well. Maybe that guy who looks like he’s never seen the gym can love you more than someone who’s in the gym every day. Stay away from stereotypes and have an open mind.

2. How outgoing he is

I get that your friends and family are very important to you and to spend time with them is crucial for you but it may not be for him. You shouldn’t be forcing your partner to run to every social event you’re going to. Maybe he’s an introvert and it can easily suck all of his energy from him. He’ll go with you every once in a while when you’re going out with a small group of people that he has something in common with but it’s completely irrelevant for him to go to every party together with you.

Aren’t differences one of the most important things in relationships? If you like and do all the same things, doesn’t it get boring? Don’t only search for a partner with the same music taste as yours but if you find one, it’ll be awesome. If you have different interests then you can grow together because you will expand the mind of the other and make it much more fun to be around one another. You will always find something to talk about. The exception here is when you’re a monogamist and your partner loves to have sex with different women. Well, this difference doesn’t make it fun but rather makes the pain unbearable.

If you have a tendency to worry about insignificant things, then you need to check this out: How to stop worrying – today!

4. What he does for a living

Does it really matter if your partner is the CEO of a huge IT company or if he’s working as a waiter in a restaurant? Well, it shouldn’t. Once again, the most important thing in the relationship is to be trustworthy, caring and to put effort into your partner’s well-being. If he’s putting so much effort into your relationship, and he works shifts up to 10 hours and still manages to find time for you, then he’s a keeper. He’d much rather save up some money to buy you something nice and spoil you than to be occupied with his job all the time because he’s making so much money.

You’ve fallen in love with him and the way he treats you. If he had a bad childhood because of abusive parents, then there’s really nothing you can do about it, right? All you can do now is love him. His parents shouldn’t even be involved in your relationship. Or your parents even.

6. How many people he’s slept with

I guess this one is reasonable to a certain extent. Maybe he was insecure in the past and he needed reassurance or he simply wanted to have fun and experience in his youth. However, nothing to do with that matters now and you should be calm. He loves you and he wants you now. None of those previous girls matter at this moment. They are his past, his history.

7. If he still lives at home

When we get to a certain age, people expect us to become independent and move out from our parents’ house. But why? You can have a great career and still live with your parents, because it has little to nothing to do with who you are a person. Maybe he simply doesn’t want to live alone and he wanted to wait for someone to come into his life to change that? Don’t be judgmental. 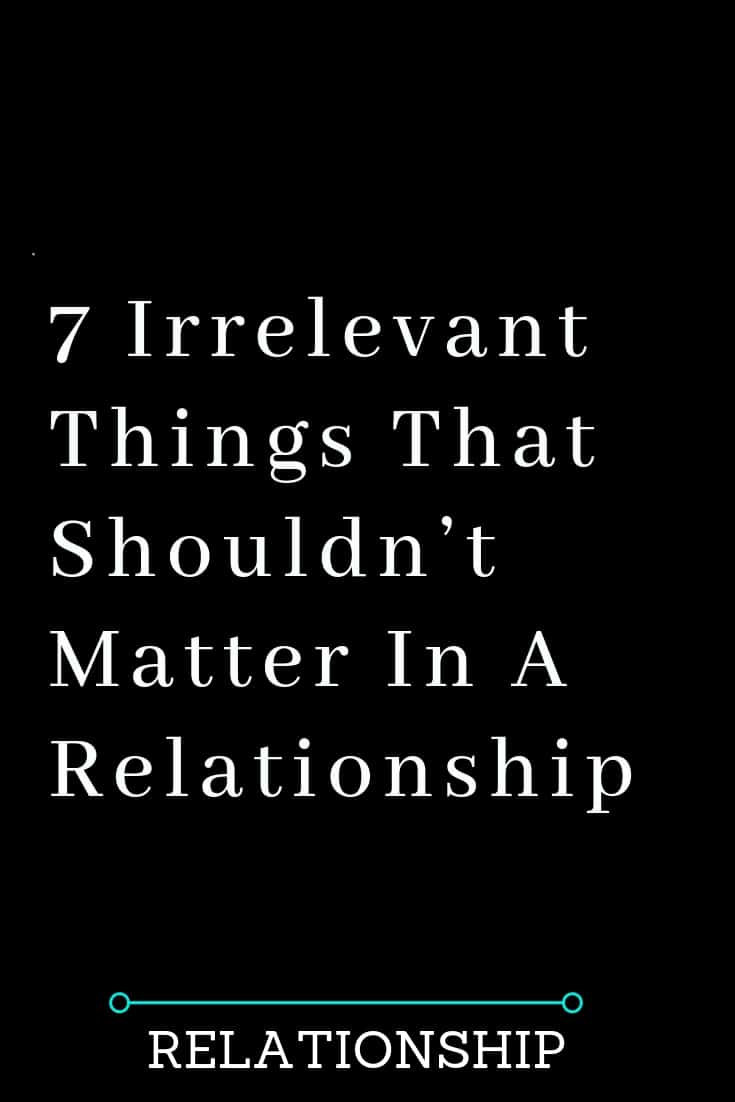