You’re probably wondering why you are here, or will this help you understand what’s going on in your relationship. Nevertheless, we all sometimes wonder if he does really love you or not.

If your gut is telling you no sometimes, it’s the strongest instinct you need. And usually all you need before leaving. But if you can’t believe your gut instinct, here are five more reasons.

1. He looks at you differently.

He used to give you this look, as if there was no one in the world but you two. But now he can barely even look at you. He doesn’t seem to be trying to make that connection anymore as he once did.

2. He doesn’t seem to care anymore.

When you two started out, every little fight y’all had was as if it was a punch in the gut to him and he’d always tell you he was scared of losing you. Now when y’all fight, it’s as if he can just go on with his life, while you sometimes cry and he doesn’t even check on you during that time. Now he needs his ‘cooling off time’ instead of trying to make sure you’re okay.

At the beginning of your relationship y’all probably talked a lot, told one another everything you did, or even what you were thinking of. But now lately it seems as if you two don’t talk much about anything anymore, and instead he picks a fight to get a rise out of you. It may be a way to try and push you away from him just so you will leave instead of him doing the damage.

At the beginning y’all may have been all over each other with stuff as kissing, hand holding and cuddling and now almost all contact has been cut off. When you look back and remember him holding your hand in public, a tear may slip down your face to the fact he doesn’t do that anymore – he just moves over slightly so you won’t touch him, or he just simply pushes your hand away. Even when trying to hug him in private he refuses to or gives you a quick side hug.

Sometimes when people are around each other for so long they tend to get sick of or bored of each other. When you hit this kind of slump, try and rock it out – don’t leave. You usually have to hit a slump like that in a long-term relationship. But if you think his feelings have gone, talk to him, see where he stands and if he acts all defensive and mad when asked, just back off a little bit. Don’t try and make something happen; you can’t force anything! 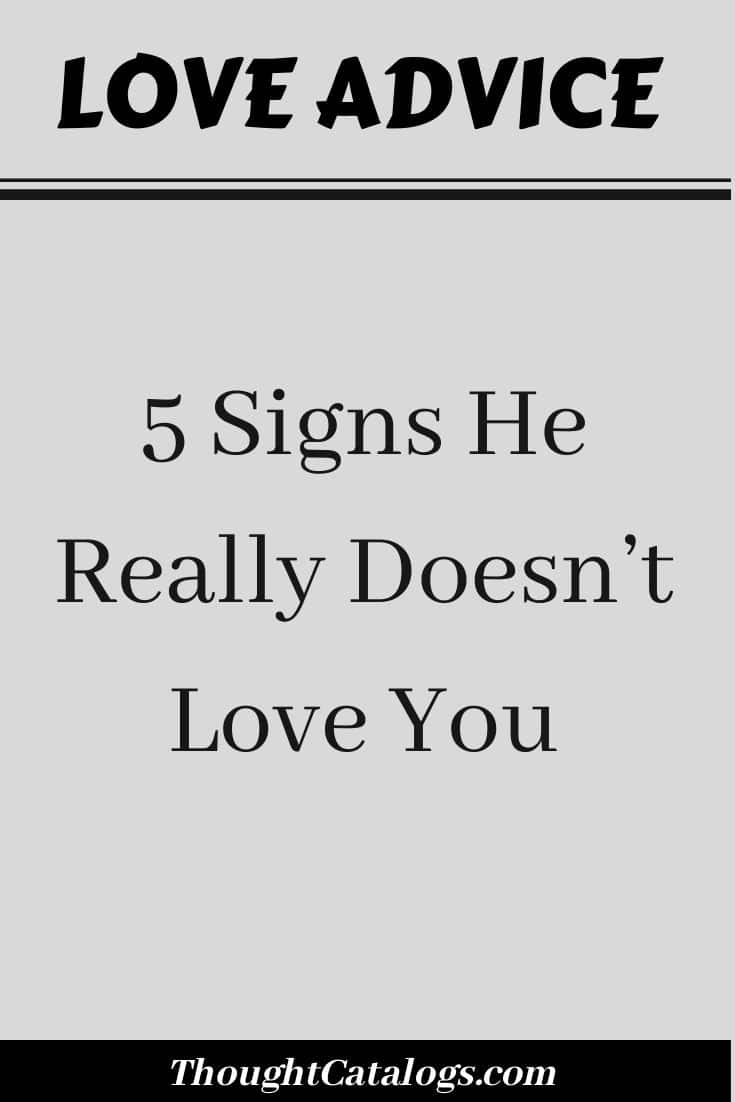 6 Strong Signs You’re In Love With A Master Manipulator