Insecure men are the most dangerous kind of men because they try to hide their insecurity through manipulation. They are frustrated because they don’t believe in themselves, so they seek their emotional strength through hurting you.

When they have you in their control, it gives their life meaning, and they think they are in control of something, or in this case you, which makes them feel important.

At first, you can’t see through their insecurities because they hide them so well and you fall into their trap. When he starts showing his true face, you don’t get it either, not at first. You know that he has some issues and you even might think he is just a bit lost and he needs some direction.

You think you can change him and show him the right way, but you don’t, you can’t. He will never change as long as he is unhappy with himself and the only person who can change that is him and not you.

So, you end up hurt, crying yourself to sleep because you decided to give him a chance and he took it and manipulated you into oblivion. He made you act the way he wanted and you didn’t even realize it. You were played like a fool by a master manipulator.

To prevent this from happening ever again, to save yourself from pain and wasted tears, read about these manipulations that emotionally insecure men inflict to guilt you into staying with them:

You might be using dangerous words and phrases that affect your man much more than you might realize. (Most women do this without even knowing it, and accidentally kill their man’s attraction towards them)

The good news is, you can make a simple shift in your thinking that can bring a level of attraction, love, and security to your relationships that you never imagined was possible!

He blames you because he lacks self-esteem, so he makes it about you and he blames you only to get the attention off of himself. He doesn’t want to face his own mistakes, so he tricks you into facing your own. This is a classic type of emotional abuse because words hurt and sometimes they hurt even more than acts.

When this happens, it’s best to get out of the conversation or don’t even let him into the situation to manage to blame you for anything. This can be exhausting and it’s best to find consolation with your friends. Seek their advice and don’t let him corner you to attack you.

2. They play ‘the bait and switch’ game

When you are in an argument, he will bring out the big guns and turn the argument around, making you the main source of the problem. He will lay the blame with you, even though you did nothing wrong. This way, he manipulates you into doing what he wants and that he wanted from the beginning. At some point, you’ll get tired of arguing and you’re going to back down just because you don’t want to defend yourself anymore and you’ll try to prove to him that you are not guilty of anything.

Never back down if you are right. Don’t let someone make your life miserable. If you can’t be with him, then leave him because you obviously weren’t meant to be. You deserve to be happy and his manipulations will make you miserable and it won’t stop, ever.

Shaming someone can be extremely dangerous, but it also has a whole different twist to it. The person who shames someone is doing it because of their own insecurity. This is why he will put you down and shame you so that you will feel like shit. The thing is, he is doing this to you because he doesn’t want you to see that you are better than him. He is afraid that you’re going to leave him if you realize this.

Never give him the satisfaction of making you feel like crap. Don’t give him a chance to make you dependent on him. You are a strong and independent woman and you need absolutely no one. Be yourself and don’t let anyone put you down. Try to distance yourself from his shaming and don’t let it bother you. If this starts happening on a regular basis, just leave him because let’s face it, you don’t need him.

You think of him as this perfect guy who treats you like his princess. You think he wants to give you the world, or at least he acts like that when you are alone, but the moment you go out with him and when you are surrounded by his friends, he turns into a complete D-bag. He becomes obnoxious and you don’t even recognize him. He does this to cover up his insecurities, as he feels like a bigger man when he puts someone down in front of others.

Warn him and talk to him about it. Tell him how you feel when he does that to you. Give him a chance to correct his behavior and if he does it again, just leave. You don’t need that in your life.

5. They play ‘the roller coaster’ with you

Let’s say that he’s taken you out on a dinner or to a movie, or you stayed at home, but you talked and had fun. It doesn’t matter where you were, the important thing is that you enjoyed each other’s company. Well, the next day he acts super-weird and he acts like something went wrong when you were together. This makes it look like he is not sure of what he thinks about you, or if he likes you at all. You will try and wrap your head around this, and you’ll wonder where it all went wrong. By doing so, you’re giving him all the attention he didn’t deserve because he tricked you into giving it to him.

Talk to him once again. Ask him why he’s acting like that, and if he needs someone to talk to. If he accepts, great. He probably really has a real problem and wants your help. However, if he declines in a snarky way, just leave him because he is nothing more than an insecure attention seeker who will spend the rest of his life manipulating you into loving him.

If you like Maria’s work, check out her new book, “On Getting Over A Narcissist” 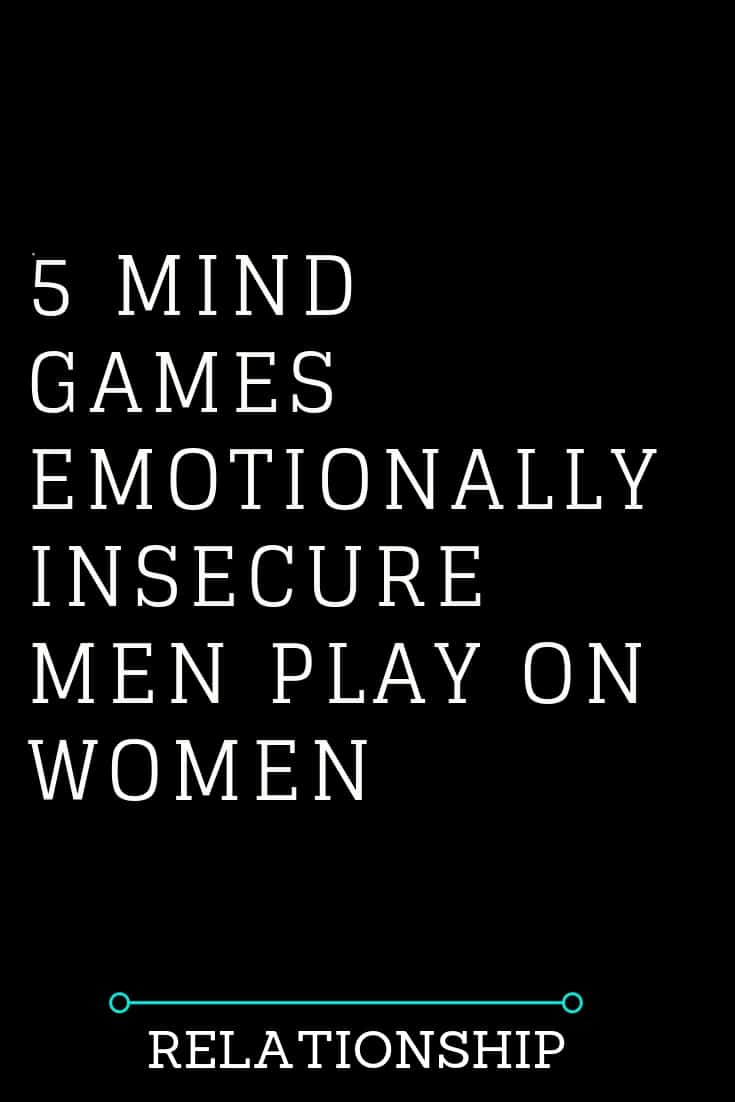