10 Things You Shouldn’t Be Completely Honest With Him About

A lot of the time, experts would tell you that honesty is the best policy when it comes to dealing with people you care about – especially when you’re in a romantic relationship. However, there are always going to be a few exceptions to the rule. There are going to be a few certain instances wherein it might actually be a better idea for you to just bite your tongue than be completely honest about something. This is especially true when you know that the truth would only cause a lot of unnecessary harm and pain on your partner.

However, it’s important to preface the rest of this article by emphasizing the fact that it’s never good to be telling regular lies to your partner. You never want to be making it a habit of just always deceiving and lying to your partner. This is especially true if you’re just going to lie to him to get yourself out of trouble and serve your selfish purposes.

So, without much further ado, here are a few things that you might not want to stay completely honest with your boyfriend about.

When you get close enough to one another, it might be a good idea to talk about your sexual history as individuals. However, that doesn’t necessarily mean that you have to be going into full details about the stuff that you’ve done with your previous partners. This might create some unnecessary tension and drama within the relationship.

2. Your dislike for his close friend or family member.

It’s natural that you aren’t going to like all of his friends or all of the people in his family. However, these people are still important to him. And it’s absolutely essential that you don’t express a blatant dislike for these people. You still have to respect the fact that these are people who are close to his heart.

3. The fact that you had a better-looking ex.

If he’s your first boyfriend, then you can just skip over to the next item on this list. However, if you have had boyfriends in the past, and if some of them were better-looking than your current one, you might not want to let him know that you think that way.

4. Your minor doubts about him and your relationship.

You’re going to want to make sure that whatever doubts you have about him in your relationship are never known to him. This is especially true if they’re only minor doubts that you know you’re eventually going to get over them.

5. Your dislike over something about him that he can’t change.

You never want him to feel like he has to be anyone other than who he really is. And that’s why you should probably not express your dislike over an aspect of his life that you know he wouldn’t be able to change.

6. Your crushes on his friends.

Just because you get into a relationship with someone doesn’t mean that you’re going to be immune to the physical attractiveness of other people. However, you don’t really have to let him know about whatever crushes you might develop while you’re together – especially if you have crushes on his friends.

When you get close enough in the relationship, get married, and eventually share a single bank account, it might be best for you to be completely honest with one another with how you handle your finances. However, you don’t really have to be honest with him about how you’re spending the money you earn for yourself.

8. Your friends’ and families’ negative thoughts about him.

And of course, you might have a few friends and family members who might not really be fond of him being your boyfriend. But ultimately, the decision to stay with him still lies with you. And it might be best for you to just save him from all of those negative opinions and white noise from the people around you.

9. Your comparative thoughts about his sexual performance relative to someone else’s.

If he is your first sexual partner, then this might not really be something that you need to be concerned about. However, if you have been with other men before, there is a chance that he isn’t going to be the best guy you’ve ever been with. And when that’s the case, it might be best to keep those thoughts to yourself.

10. Your thoughts and feelings about your ex.

Sometimes, it’s just better to leave things in the past. Your ex is long gone. You might still be harboring some feelings there. But ultimately, you know that you need to keep on moving forward. You know that you can’t get stuck in the past. And that’s why this isn’t really something that you should have to be bringing up with your current partner. 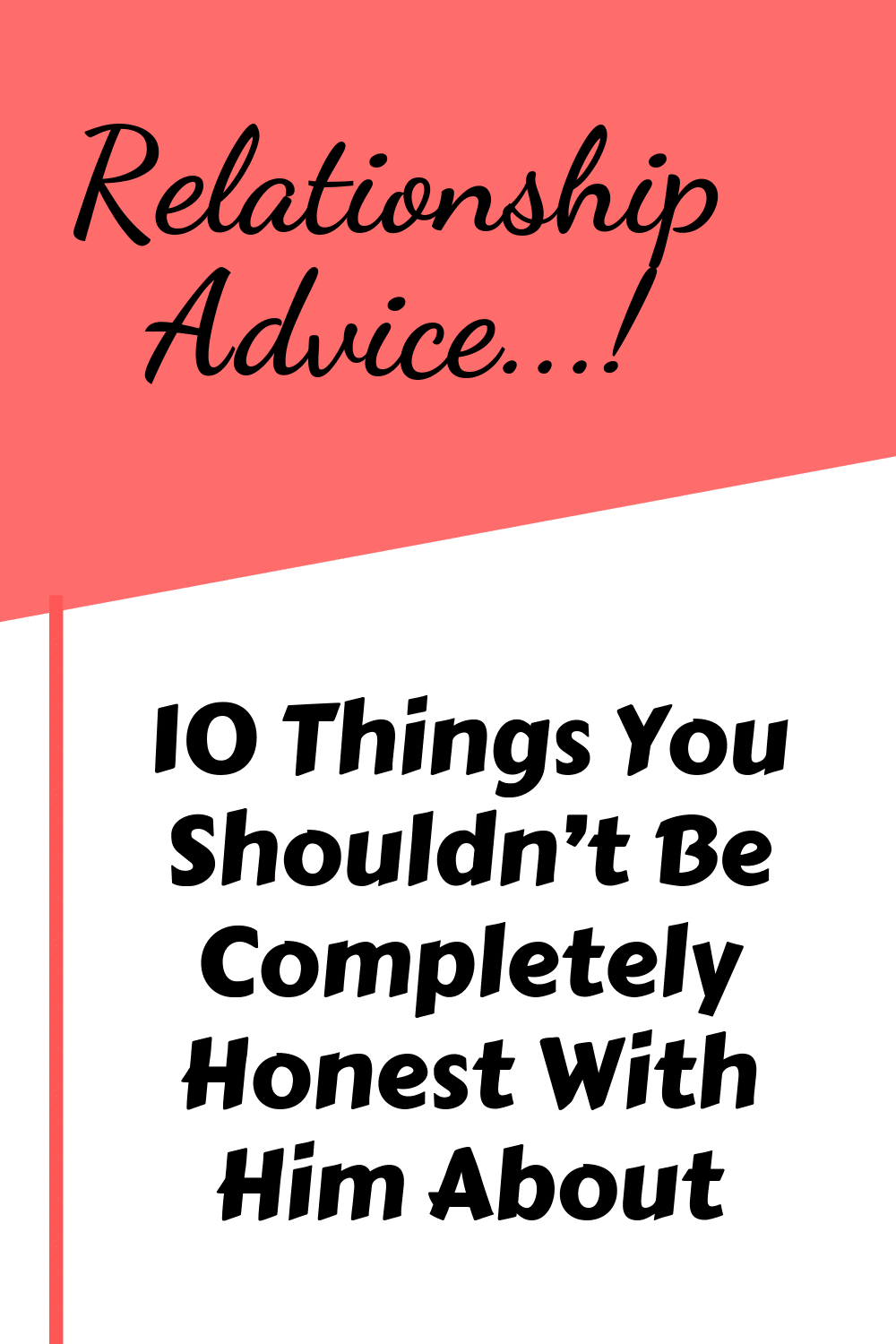 The Reason You’ve Been So Unhappy Lately, According To Your Zodiac Sign

Happiness is a tricky thing. Sometimes it feels so damn close and sometimes it is completely out of your reach. More times than not, we are...

DARK SIDE In November 2020, BASED ON YOUR MOON SIGN

We experience not one but two Full Moons this October – a very rare occurrence indeed. And what’s more – the second Full Moon...

You Never Said I Love You But I Know You Do

There is something inside of you that prevents you from speaking your mind. You could tell me all sorts of things, you could talk...

My Husband Ignores Me: 10 Ways To Make Him Open Up To You

No one likes to be ignored. Being ignored feels like someone is neglecting you as a human being because we all need attention to...
𝐓𝐡𝐞 𝐭𝐡𝐨𝐮𝐠𝐡𝐭 𝐜𝐚𝐭𝐚𝐥𝐨𝐠𝐬 is an Educational & Entertainment Platform theme. Our Team Publishes 100+ Content On Weekend/Monthly. We will motivate the needs of any person & make them inspire instantly You, Will, admit Once You Begin Your Journey With Us. The Thought Catalogs platform is a perfect choice.
© Copyright © 2022 - All Rights Reserved | TheThoughtCatalogs.