Ever heard of the phrase “emotional intelligence?”

If you’ve spent any time in a social setting in 2018, it’s probably come up a handful or two. Basically, emotional intelligence is the ability to be aware of your emotions and to control (to an extent) how your feelings impact your relationships with other people.

(To All the Boys I’ve Loved Before via Netflix)

However, just like academic intelligence, building up emotional intelligence takes time, patience and understanding. And unfortunately, it often means overcoming quite a few bad habits.

Unlike biting your nails or spending too much time on Instagram, emotional bad habits are much more harmful in the long run and much more difficult to identify. That’s why we turned to the stars for a little bit of guidance.

Keep scrolling for your most harmful emotional habit, based on your zodiac sign.Related: These MEAN GIRLS Quotes Make Fetch Captions

You’re a very impulsive sign, Aries, and that reckless nature definitely finds its way into your romantic relationships. You come on pretty strong and you become attached easily, often overlooking major red flags in the interest of continuing a relationship with someone you care about. Instead of facing problems head-on and looking for solutions, you avoid the issue altogether, even going so far as to refuse to discuss it when the other person brings it up. However, by sidestepping your problems, you simply breed bitterness within yourself, usually culminating in a huge blow-up over something seemingly small. Deal with problems as they come, Aries—avoiding them can only last so long.

Your Earth element makes you one of the most well-grounded signs in all the zodiac, Taurus. However, there are times when your practical viewpoint goes a little too far, giving you a general mindset of failure. Partly due to your realism and partly due to your natural distrust, you enter all your relationships assuming that they’re going to end badly. Unfortunately, when you already have a negative view of the people around you, your failure mindset becomes its own self-fulfilling prophecy, as your constant skepticism does cause many of your relationships to end poorly. Give people the benefit of the doubt, Taurus, as no one wants to spend all their time convincing someone that they’re worth the effort.

You’re the complicated twin of the zodiac, Gemini. While one side of your personality is carefree, social and communicative, you can quickly become restless and frustrated, without much thought or reason to back up your feelings. Since your personality changes so quickly, you have a hard time letting things go. You may have even talked out an issue and reached an effective solution, and you’ll still find yourself brooding on the problem from time to time. It’s okay to move on after things are resolved, Gemini. Continuing to think about the problem and allowing yourself to become upset by it time and time again only keeps you trapped in the past, which in turn keeps any of your relationships from moving forward.

You’re a very emotional and caring sign, Cancer. You feel everything very deeply, and you have a great capacity for sympathy and empathy. However, you’re also a bit insecure at times. You’re so ruled by your emotions that you often allow your feelings to take over for your logic, which results in constant comparisons to the people around you. You’re always thinking about the ways that you don’t measure up, particularly to people you deeply admire. But by focusing on yourself in relation to other people, you’re really just shifting away from recognizing your own emotional needs.

If you focus on how you can improve yourself and find people who can support you, rather than how other people make you feel, and you’re guaranteed to have much happier and healthier relationships.

Although you thrive in the spotlight and you’re always busy with some activity or another, you’re not really known for action, Leo. In fact, you can become quite lazy if you’re forced to take initiative in any given situation. When problems come your way, you have a bad habit of worrying over them incessantly and even creating a plan for how to solve them, but you never do anything about them.

Instead, you fall into a pit of complaints and self-pity that doesn’t get you anywhere. You’re used to things being done for you, but that just isn’t going to cut it if you want to have healthy interpersonal relationships, Leo. With all the time you spend complaining and worrying, you could be making an effort to improve your situation, which will lead to a lot more happiness for you in the long run.

Virgo, Virgo, Virgo—you’re far too analytical for your own good. You have a very methodical approach to life that’s practical in theory, but sometimes harmful in practice. You tend to get caught up in tiny details that are of little consequence, often becoming overly critical about tiny mistakes and allowing yourself to become consumed by shame. You suffer from a guilty conscience, as you’re always focusing on ways that you could have been better and things you could have done differently. However, by only looking at your flaws, you’re not only ruining your self-esteem, you’re also failing to see all the positive attributes you bring to the table. If you don’t value yourself, Virgo, no one else will value you, either, which will create a lot of tension within your relationships.

You’re known for your indecisiveness, Libra, but have you ever considered just how harmful this ambivalent attitude is for your relationships? You’re unable to make a clear decision about anything, which puts the power and initiative into other people hands. Instead of being an active participant in your relationships, you become a follower, willing to do whatever anyone tells you as long as it avoids a decision on your end. Not only does this become incredibly irritating for the people around you, it also keeps you from setting expectations and boundaries in your relationships, creating a situation where you’re continually taken advantage of, even though you’re not really sure why.

Oh, Scorpio—unfortunately you’re an incredibly misunderstood sign. People often assume you don’t care or that your emotions are lacking, when in reality you tend to feel everything a little too deeply. However, you struggle to accurately express and deal with your emotions, instead choosing to cover them up with coldness and aloof behavior. Passive aggressiveness is your go-to conflict technique, which doesn’t really solve anything.

Instead of stating outright why you’re upset or even trying to explain your complicated feelings, you pull away and act moody, showing that you’re upset without ever working up the courage to state the reason. This behavior only pushes the people you care about farther and farther away and eliminates the possibility that they’ll ever understand you, creating a lot of relationships based upon a completely incorrect idea of who you are.

You’re an incredibly idealistic and enthusiastic sign, Sagittarius. While these qualities make you very optimistic and extroverted, they can also create a lot of problems within your interpersonal relationships. You have a tendency to develop strong feelings quickly, and you often search for meaning within your relationships with other people, rather than understanding that you have to find your life’s purpose within yourself.

You become codependent very easily, relying on others to make you happy and to fill your life with activity rather than creating joy and excitement for yourself. That’s a lot of pressure to put on any one person, and ultimately it only creates feelings of irritation and emptiness in your relationships.

Ah, Capricorn, you’re undoubtedly the ultimate perfectionist of the zodiac. You’re responsible and disciplined, so you find it very difficult to wrap your mind around the idea that everyone isn’t as driven and controlled as you are. You have very high standards for the people around you, and you’re often too stubborn and uncompromising to realize that your opinion isn’t the only one that’s valid.

When people don’t meet your too-high demands, you find it easy to cut them off and search for people who can match your expectations. Not only does this keep you from experiencing viewpoints outside your own, it also feeds a lack of empathy and compassion that interferes with your ability to truly relate to and bond with the people around you.

You’re known for your intellectual nature and your independent personality, Aquarius. While you have a genuine desire to help people, you also enjoy your solitude, as you can become easily overwhelmed if you’re not given space to recharge your batteries. However, there are times when your reserved tendencies manifest in a negative manner.

You have a tendency to pull back and isolate yourself when you become upset, rather than addressing the problem with the person who has angered you. This blocks you from reaching a solution and communicating how you might want to be treated in the future, which in turn keeps your relationship from advancing and moving forward. Holding things in isn’t an effective conflict strategy, Aquarius, as it only increases the overall irritation for both you and the person you’re upset with.

You’re an incredibly empathetic and compassionate sign, Pisces. You have a genuine desire to help the people around you, often with no thought as to how certain situations might affect you. While this selflessness definitely has positive effects, it’s also the major contributing factor to your people-pleasing personality. You’re often so busy helping the people you care about that your needs are forgotten in the process, leaving you feeling very unfulfilled and restless in your relationships.

It’s okay to help other people, Pisces, but you also have to learn to ask for what you need. Otherwise you’re always going to feel incapable of finding someone who cares for you as much as you care for them. 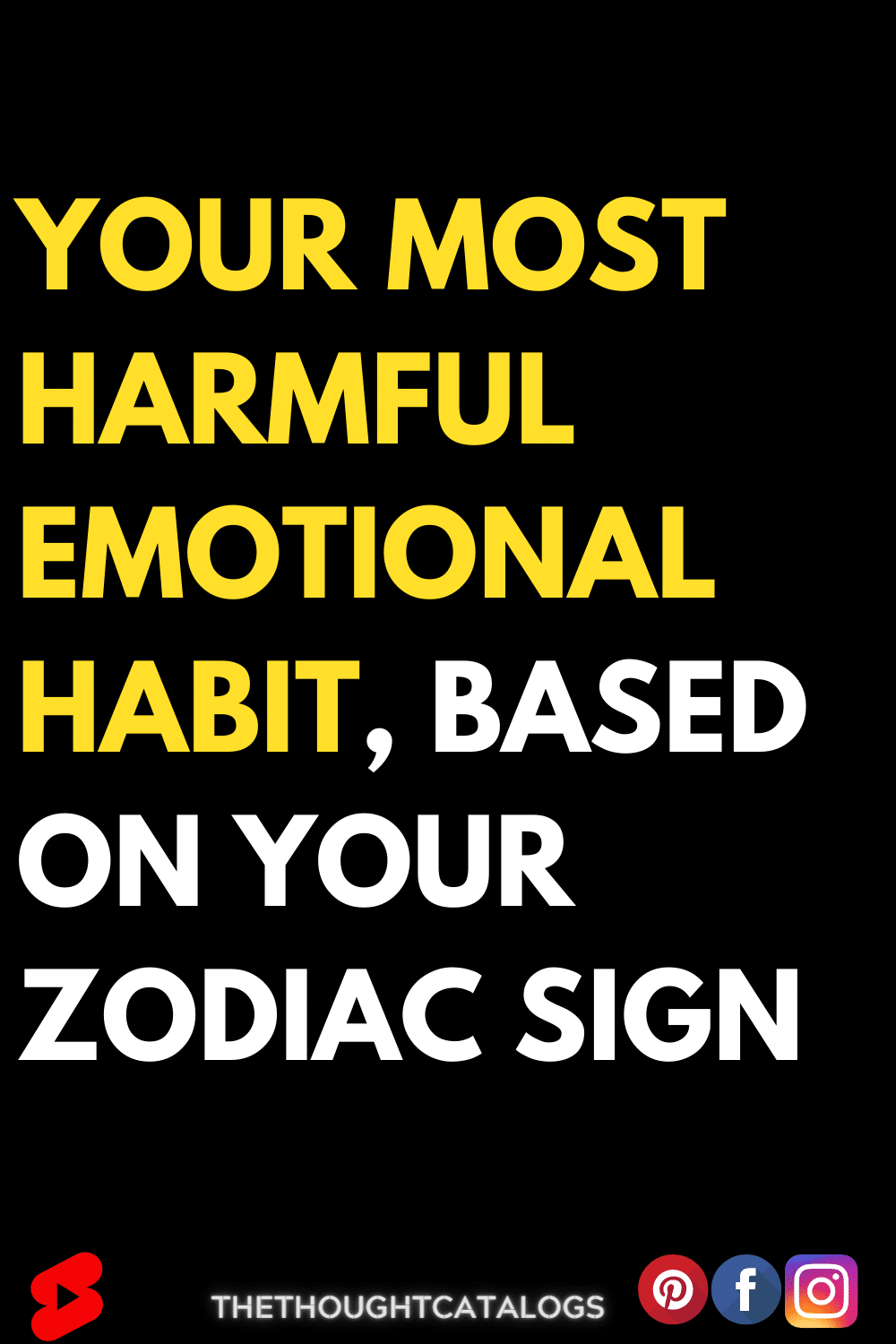 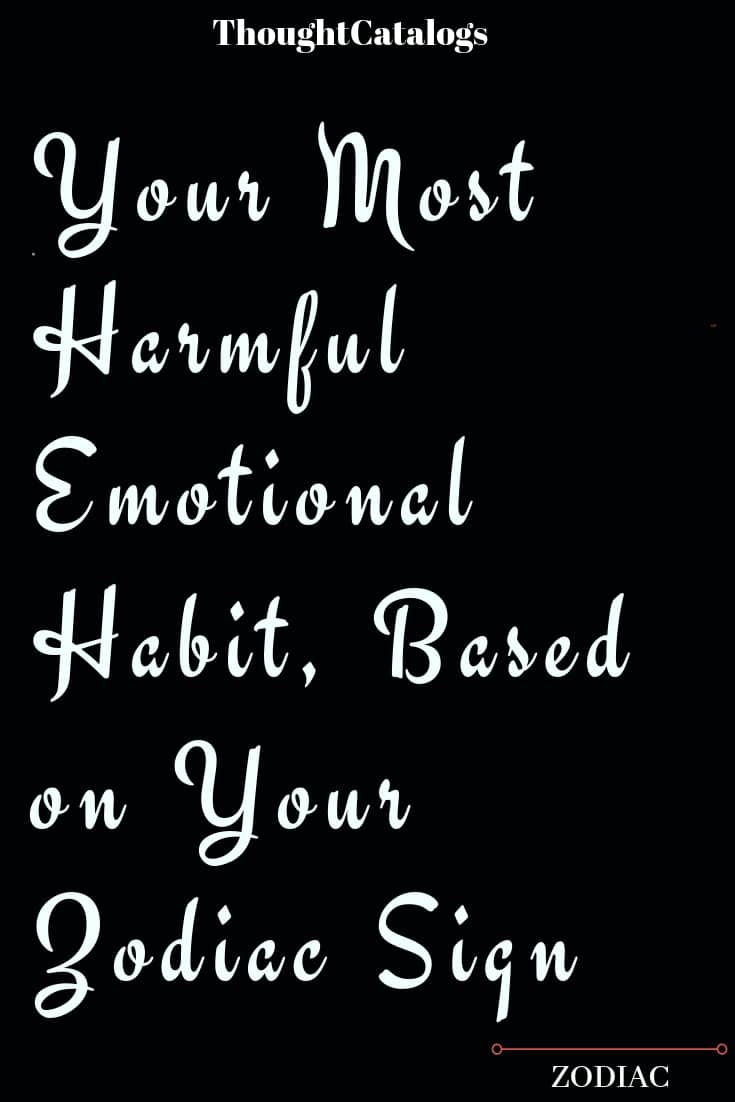 The Superficial Thing You Look for in an S.O., Based on Your Zodiac Sign

What You Need Most in a Friendship, Based on Your Zodiac Sign