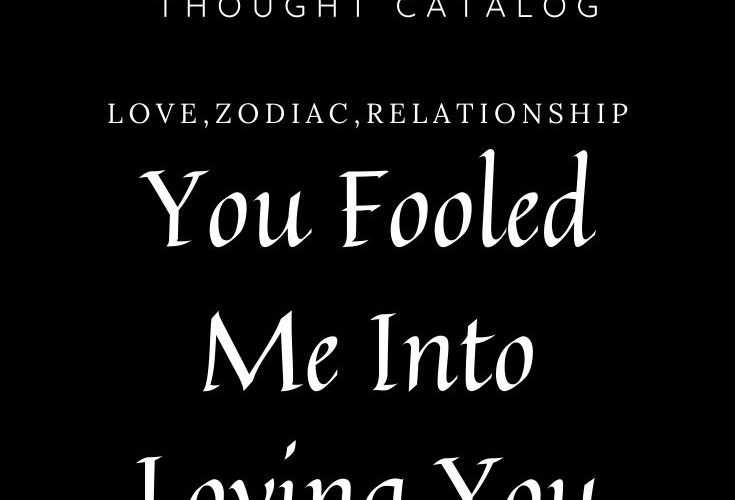 I used to look at you and see my future—our future. I think that’s what hurts the most. From the start you felt different, in this magnificent, almost fairy tale kind of way. I tried to convince myself that it was all an act, but you did everything right. I tried to resist you, but I couldn’t. You broke down every wall I had, and babe, I had a fortress. But you were patient. You took your time and made sure I was comfortable; you made sure I knew I could trust you, love you. You went out of your way to make sure I felt safe, to make sure that I was hooked on you.

And the night we met, damn—the look in your eyes said it all.

It was pure excitement; it was fireworks going off in those gorgeous blue eyes of yours.

Those fucking eyes, full of promises. They kept me hooked on you all this time. You became a drug that I couldn’t get enough of, a magnet I couldn’t stay away from. You grabbed my hand, spun me around and with those beautiful fucking eyes you looked at me with awe and the biggest, purest smile I have ever seen.

After that night, I think I smiled for three days straight.

You showed me off every chance you had. You were everything I never knew I wanted, and I was everything you ever dreamed of. We brought out the best in each other.

A few weeks into it, you asked me when I knew you were the one. I was honest—I told you it took me a few dates until I was comfortable admitting to myself how crazy I was about you. My feelings for you scared the shit out of me. I fell hard and fast, but you were falling even harder, faster; I couldn’t believe I was good enough to be loved by you. You felt too perfect. I told myself that you weren’t for real, that I was making something out of nothing. But you saw right through my insecurities. You went out of your way to prove to me that you were the real thing.

So I let myself fall.

I opened up my heart to you more than I ever have to anyone in my life.

We were far from perfect, but in some weird, almost cliché way, we were perfect for each other. All our broken little puzzle pieces fit together perfectly.

You would continuously go out of your way to not only tell me but show me that you wanted everything with me: marriage, babies, a life full of endless adventures. Why wouldn’t I believe you? And I wanted all of it with you too. We would stay up all night talking about the trips we were going to take, the home we would have one day and the tiny little humans we were going to create, made from the best parts of both of us, running around in our chaotic but somehow perfect home. Whenever I envisioned our future together, it would instantly make me smile and get so fucking giddy.

I almost get sick thinking about it now.

You made sure to tell me every day how smart, amazing, and beautiful I was, that I was out of your league. You made sure to tell me that I wasn’t just some girl, I was your girl, that I meant the world to you. You made me believe in love again, in happily ever after, that everything I went through in my past was worth it because it made me who I am today, that it all led me to you—the man I was head over heels for, the man I was falling in love with.

And then it fucking exploded.

Honestly it’s so hard for me to even think about. It’s a pill I just can’t seem to swallow.

My friend texted me that she had a date with this great guy that night. We got to talking and she eventually sent me a picture of him.

I almost threw up when your fucking picture showed up on my phone. You told me that you had to work the next few nights and that you wouldn’t be able to go out the next night for my birthday. I foolishly believed you.

There was a lot of fighting and yelling. I don’t even remember what your excuse was; it shouldn’t have even mattered.

But I am an idiot.

A few weeks later, and after a lot of effort from you, I took you back. You were special, and I didn’t want to throw that all away from one fuckup. You did every romantic and sweet thing to show me that you were sorry. And I was so in love with you, I foolishly believed that you loved me too.

God, I’m such a fucking idiot.

The first few weeks back together were perfect. Like those cheesy hallmark movies that I hate kind of perfect. We were together nonstop, and you were going above and beyond to make sure I didn’t even have to question your loyalty. And I didn’t. I never brought up the past. I wanted to move forward and not let it ruin what we had.

And we were perfect.

And so I believed it. I believed in us again, and that future we used to picture, and my big dumb smile and that giddy feeling were back.

And then I found out I was pregnant.

I didn’t know how to tell you, but like usual you knew something was up and quickly figured it out. I should have seen it when you questioned me and made me send you pictures of the positive test. I should have seen the kind of man you are when you didn’t talk to me for the next 24 hours. But I gave you the benefit of the doubt and thought maybe you needed time to think. I was freaking out. We just got back together and things were perfect.

What did I want? What did you want? What were we going to do? Too many things were racing through my head that I couldn’t worry about you not calling me for a day; I was worrying about how I was going to care about the tiny human growing inside of me.

But then you did call, and naturally you said all the right things. You told me you were sorry, you were freaking out too, that you were looking into two bedroom apartments and figuring out the mortgage, that it was all going to be okay. We were going to get through it together. You told me that you couldn’t wait to tell your mom and how excited she was going to be, that you hoped it was a little girl, as perfect and as beautiful as I am.

But when I went to the doctor I found out I was having a missed miscarriage. I lost the baby, but my body wouldn’t let it go. And because of my medical history, I couldn’t wait for my body to pass it naturally. I had to have D&C—essentially, I had to have an abortion.

I was a mess. I cried harder than I ever had before. As much as this baby scared me and I wasn’t ready for it, I wanted it. And I wanted it with you. It wasn’t the right time, but it was the right guy, so we would figure it out. We would be okay. I blamed myself. I thought maybe you would hate me for it. The doctor told me it wasn’t my fault, that it wouldn’t affect my having kids in the future, but I couldn’t help but blame myself. I needed you to be there. I needed you to hold me, to tell me it was all okay, that it wasn’t my fault.

But instead you became someone I wish I never met.

You ignored me for 5 days when I told you; I ended up having to take an Uber to the procedure. And then you went out, got drunk, and decided to call me.

And then you went silent.

You were the guy, my perfectly imperfect guy, and I was the girl of your dreams. So what the fuck was going on? I was at work the day after and I thought so much of you that I convinced myself that you were going to show up at my job, that maybe you just needed some time, that you loved me and you would fight for me, support me, be there for me.

I prayed that you would show up and take some of the excruciating pain that I was in away.

But you didn’t show up. In fact, you never showed up again. You refused to even have a conversation about it. You wouldn’t speak to me or answer any of my messages.

You forced me to deal with the most painful thing in my life alone. Not only that—you blamed it on me. That is so far beyond being a player or a cheater or an asshole. That is intentionally hurting someone and not even giving a fuck. If I ever meant anything to you, you would have had a conversation with me.

Still you couldn’t even say you were sorry. You couldn’t say a word. It was just about respect at that point. I was so fucking hurt. I was so confused, and I needed some kind of answer. I needed you to give me enough respect to at least say something to me. At the very least, I deserved that.

And then I found out the kind of guy you really were.

That you were apparently on every dating site the entire time and fucking everything that walked by. Lying to me that you were at work or at your sisters, and in reality you were fucking another girl.

My heart had already been broken before we met and I pieced it back together; I know I’m strong, but you completely shattered my heart and I’m barely holding it together. I’m stuck here trying to figure out what happened, how you, my guy, could be so cruel, leave me feeling so broken, and not even care.

I have a bad habit of trying when I shouldn’t, giving my all and wasting my energy on someone who no longer deserves it.

I’ll never know why you did this.

But I still don’t regret you. I don’t regret opening my heart up and falling in love with you. It made me realize how loving I am and how the right person won’t run away from that love. They won’t ruin something amazing. They will give it right back. I won’t let the pain I’m in right now replace all the good times we had together. I won’t let this change me. I won’t let you consume my thoughts anymore. And I won’t waste any more of my energy trying to understand how we got here. 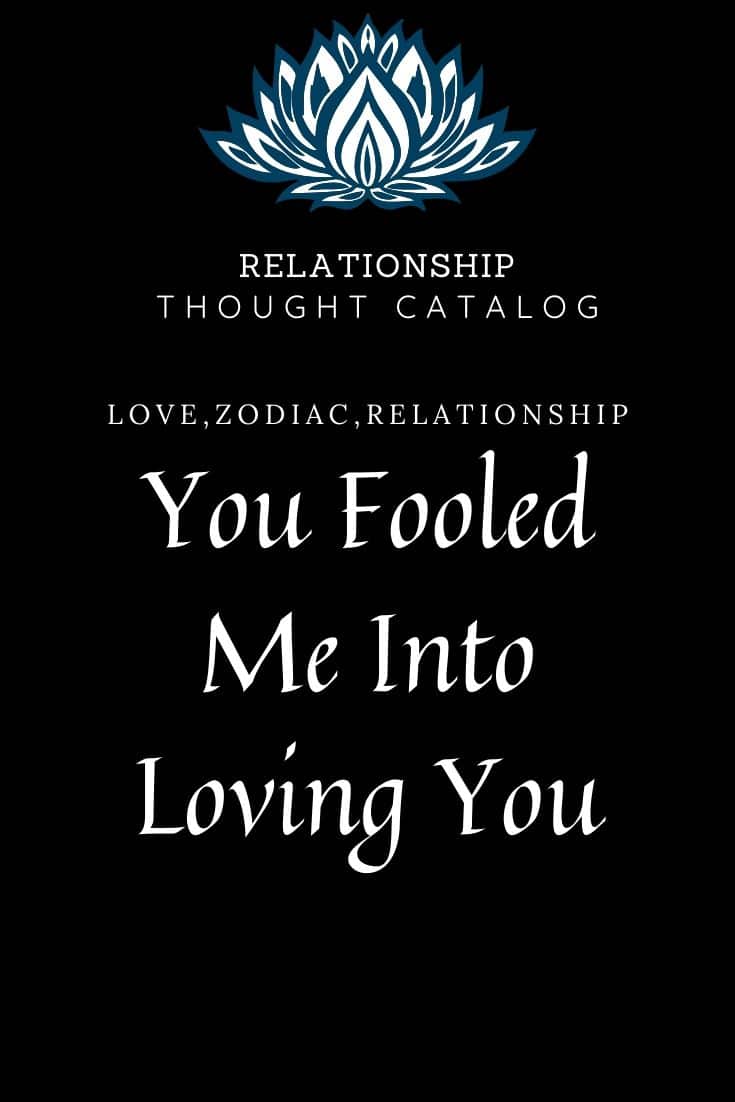