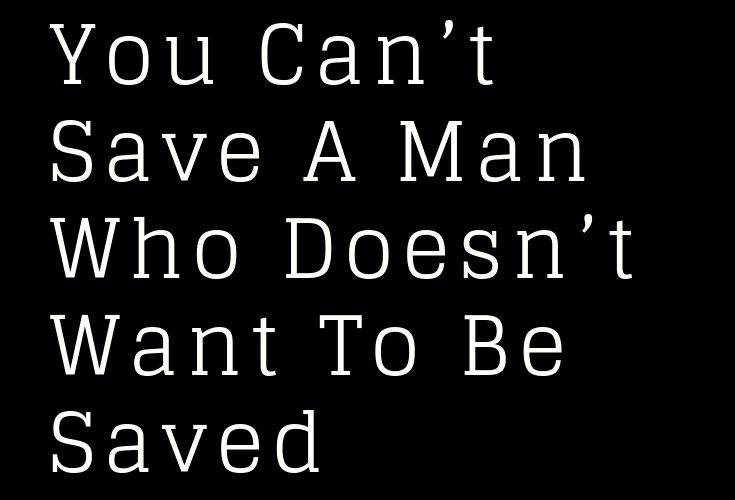 What we want for others doesn’t work unless they want it for themselves. – Bryant McGill

I think that we’re all a little bit broken. We’ve all been through hell at some point of our lives and we fell so deep that we became so desperate and allowed ourselves to think that there was no way out.

The bottom line is that we all went through hell and survived.

Perhaps because of the heavy path we were obliged to take in our lives, we feel like we need to ease the path for those who we love. But the truth is we all need to walk our own truths and destinies so we can grow and be prepared for the bigger things in our lives.

Sometimes, when life puts people under too many tests, they choose not to fight them and they just let themselves go with the flow. But if you allow the things you go through in life determine what your life is going to look like, then what are you living? It’s your task to take care of yourself and make sure you’re happy. Unfortunately, not many people are willing to do this.

What’s even worse than letting life carry you like the breeze carries the fallen leaf is this idea that people plant in their minds about how they can save everyone. Okay, yes, there are some people worth saving, there are people who need just a little bit of guidance, but not everyone can be saved and that’s the ugly truth. Those who don’t want to be saved can’t be convinced into saving themselves.

They say that you can only love broken people and hope they’ll respond to that treatment. But sometimes even love can’t make a man heal if he doesn’t want to change.

If he likes where he is, who are you to try to change that? Perhaps he doesn’t know better, but perhaps he doesn’t want better. It can be the case he’s settling for less, but it can also be that he’s perfectly happy with the place where his mind is at.

I know you’re scared but you need to overcome the fear of losing someone who isn’t good for you. And you need to stop giving all of you to someone who’s toxic. Because if there is something wrong with him and he’s refusing to acknowledge it, there is a high probability you’ll get sucked into the vortex of his toxicity, too.

Regardless of how much you love that person, you should put yourself first. You should always take care of yourself first. Because there might not be anyone to save you when you need it, you know.

And you need to stop believing that story about how life has been too harsh on someone. It has been too harsh on all of us, but that’s not an excuse to just go with the flow and be an asshole towards others. Everyone you meet is fighting some inner battle. And although it would be easier to just give in, we were brought to this world as fighters. So let go of negativity and the futile battle of trying to save a man who doesn’t want to be saved.

If your love doesn’t make him want to change, if having you next to him doesn’t changes things, if your efforts are in vain and he’s oblivious to his state, it’s not your task to save him. You should never lose yourself in trying to save others. You should love them and if love isn’t enough, then there isn’t much more you can do.

Ernest Hemingway said: The most painful thing is losing yourself in the process of loving someone too much and forgetting that you are special.

Don’t allow anyone, regardless of how much you love them, break you or change who you are. Don’t let other people’s pain make your spark shine a little less. Don’t lose yourself in the process of trying to save a man who doesn’t want to be saved. Save yourself.

You cannot make someone understand a message they aren’t ready to receive. – May this be the lesson you’ll remember for the rest of your life. 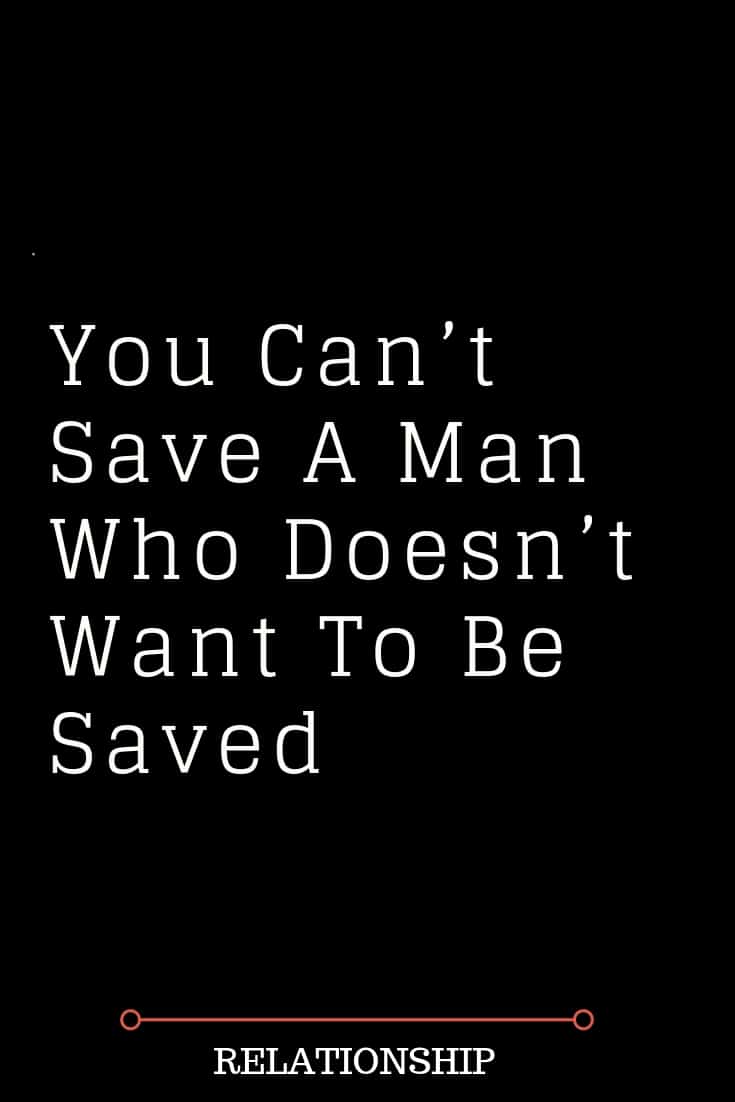