The Aries women are absolute queens when it comes to keeping things under control. You can rest assured that you are in safe hands when you have a woman like that by your side. Nothing will ever go wrong, not under her watch.

She feeds herself with control and power, but she’s also very careful not to do something reckless or stupid.

She’ll think through her actions before she does anything. She’s always one step ahead of her actions.

She knows she’s cool. She knows she’s powerful. She’s aware of her strength. And she takes advantage of that. You can really admire an Aries woman, and you have a lot to look at.

They are strong beyond your imaginings. They can endure almost everything with a straight face. No one will ever see that they are struggling.

A Taurus woman is a great mom because she is highly protective of the people she loves, especially her children.

When she makes a decision, she sticks to it, and there is nothing much that can be done to make her change her mind. Her headstrong personality makes her never give up.

Wherever she appears, she takes a stand, and she says what she thinks. She won’t keep quiet for anyone’s sake if she feels like she has to tell the truth.

Her behavior might seem cold from a distance, but actually, she has a heart of gold big enough to give all the love anyone can take.

She is a woman born to do great things. Her imagination is limitless. She is a classic type of a person who thinks in an unconventional way, who thinks outside of the box.

Anything she imagines, she can make happen. The only thing she needs is to be left alone to be able to enjoy the full potential of her beautiful mind.

It’s not wise to cross her, because a Gemini woman doesn’t give second chances. She is too intelligent to be screwed with.

She’s covered in the veil of mystery. No one knows what she’s thinking. No one knows that much about her. She gives all her attention to others, and she deciates her life to people who need to be heard.

She’s passionate, especially about things she loves and cares about, but she always finds time to show love and affection to those who need it.

She’s calm and the complete opposite of dangerous, but if someone gets on her nerves, she’ll expose them to her wrath.

Her mood changes quickly because she usually can’t control the hurricane of emotions that rage inside of her.

Leo women won’t stop at any cost. They are persistent in fulfilling their dreams and goals. The words ‘I can’t’ or ‘no’ do not exist in their vocabulary.

There is always a solution to the problem. You just need to be crazy ambitious to find it, and Leos are exactly like that.

Besides the fact that a Leo woman is driven, she has an outstanding performance. She looks so confident even if she is not one hundred percent sure what she’s talking about.

She is a great motivator, and her speeches are inspirational. Not only does she want to succeed, but she wants to take as many people as possible with her to the top.

If she fails, she’ll receive the defeat with dignity and in a while, try again. She is humble and persistent. Those who are not like her, admire her.

She’ll never take the easier road just because it’s easier. She’ll take the hard way if it’s the right way, and she’ll give her allt to make it. She is always going to do what feels right.

Virgo women are loving and strong as hell. They have delicate hearts which are easily hurt, but they pull themselves together in the blink of an eye.

They won’t bring others down just because their life is a mess. They’ll keep it to themselves. They have faith in people, and if someone fails them, if they lose someone they love, it’s the hardest blow they can receive.

She keeps her emotions to herself. If someone gets a Libra to crack in public, then it must be something really serious, otherwise, they keep their feelings under control.

A Libra woman is sophisticated and smart, witty enough not to let anyone show how she really feels until they get close enough. Then, she lets people in and shows them the privileges of being a woman like she is.

Her sense of humor is the most charming thing about her. It’s what gives her the amount of confidence she has. It’s what separates her from all the other women.

No one can mess with a Scorpio woman. She knows what she wants, and she knows exactly how to get it. She is direct and bold. She is not ashamed of saying or doing anything that others may consider a taboo.

Her words can hurt, but as long as they are true, she doesn’t give a damn. She is driven and passionate, not only in life but in bed, too.

8 out of 10 things you’ve never tried, you’ll try with a Scorpio woman. Only the sky’s the limit, and she makes everything so much fun.

She is not everyone’s cup of tea because of her intense personality and straightforward attitude, but for the right person, she is everything they’ve ever dreamed of.

Usually, Cancers are the rulers of this side of the Zodiac, but there is someone that can compete for the title of the most emotional one—the Sagittarius women.

They simply get other people. They understand why someone is sad, and they know how to help them. They have a sixth sense to heal troubled and unhappy people.

They will put themselves in their shoes and really live through everything others are in order to be able to understand what they are going through.

This is interesting because they themselves are pretty guarded. They are not comfortable with showing emotions to others. Being careful with feelings is their thing.

If you are one of the few people who has experienced the love of a Sagittarius woman, consider yourself lucky.

Capricorn women know exactly who they are. They are not living in self-denial, and they are perfectly aware of what they can and cannot do. To be clear, not so many things they can’t do exist.

They know what their strengths and weaknesses are, so they go through life according to that. They’ll try to make the best of it taking into consideration what they are the best at.

Some of them may appear cold or ruthless, but what they are doing is telling the truth. They are being honest about everything and are speaking from the soul.

You won’t get wiser words and better advice from anyone than a Capricorn woman.

She dreams of all kinds of things. Nothing is impossible for her. She’ll fight till her last ounce of strength to achieve what she set her mind to.

As highly ambitious and extremely intelligent women, they are able to make all of their dreams come true.

Watching her fight for her goals is like watching the magic happen. You don’t know how she does it, but you want to see it again.

She can make a difference in the world. She is the right kind of material to make the world a better place.

The foundation of their lives is love. Their whole life is based on giving and receiving love. The romance never dies if you ask them.

They try to keep their emotions to themselves because they don’t want to get exploited by anyone. They are extremely sensitive and delicate, easily hurt.

Even if they get hurt, they won’t give anyone the satisfaction to see it. They will quietly suffer alone until it’s all over.

Pisces women are the soul of the world. You can’t get enough of them. 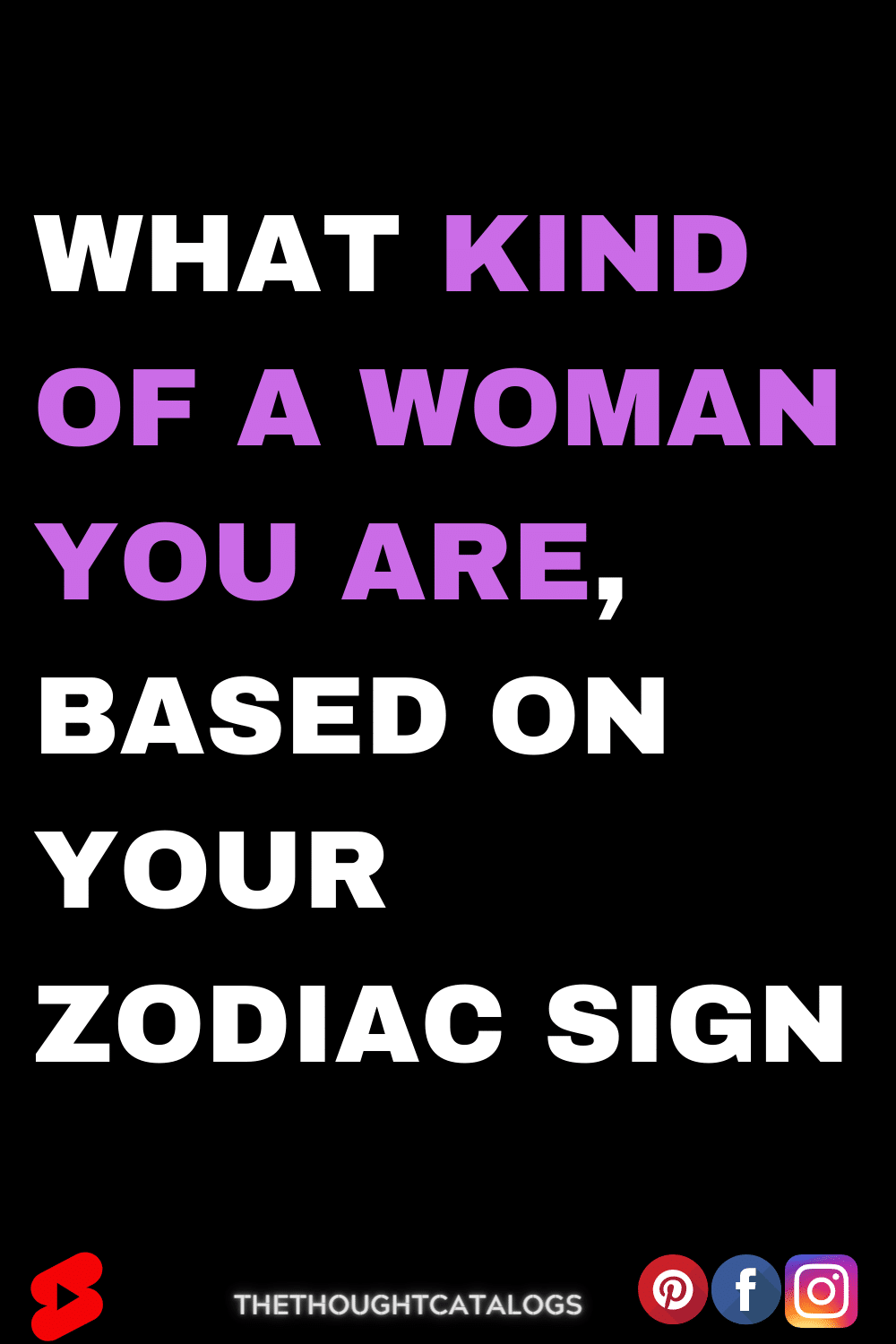 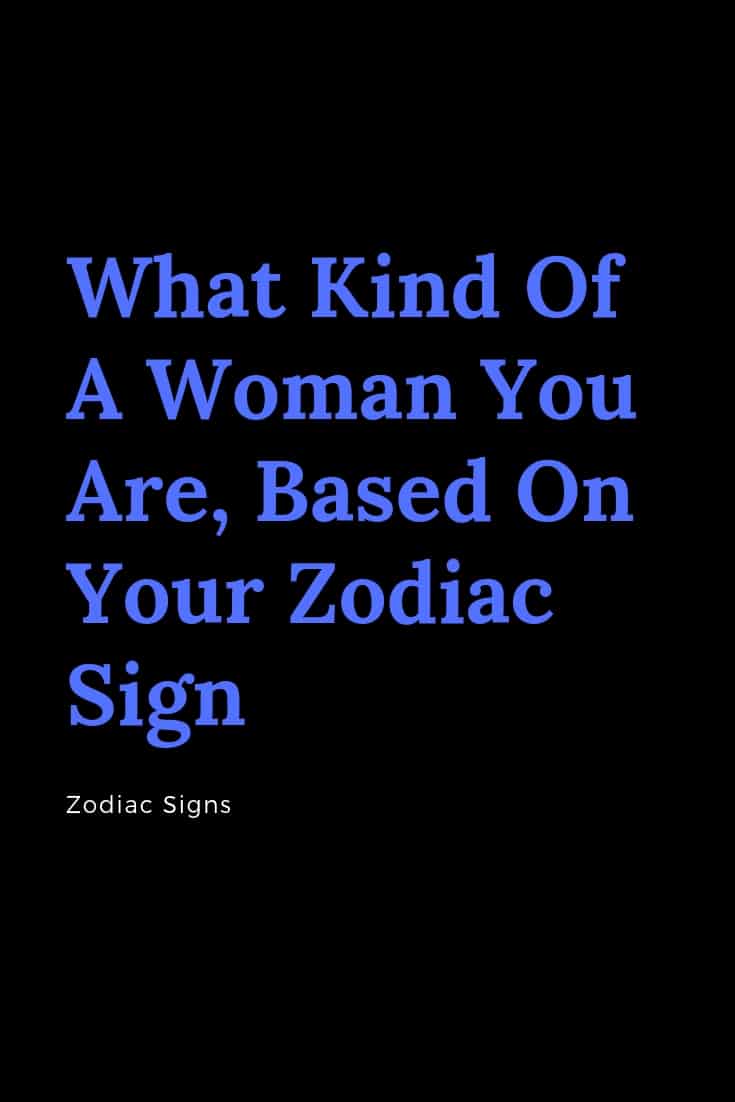 This Is How Fast He’ll Text You Back, According To His Zodiac

If You Know His Zodiac Sign, We’ll Tell The Type Of Boyfriend He Would Make