After you got a taste of the pure evil embodied in him, love never felt the same. You never knew if you would be able to love anyone ever again. Your happiness faded and got replaced with enormous sadness. And when there were moments you forgot how to hurt you were, memories would flash back and remind you all over again how miserable you are.

You were wandering through your own life like a stranger. You were trying to find meaning again, but you failed every time. You had no control over what was happening. Your mind trapped you inside and your memories of him haunted you, even when you were sleeping.

I know you weren’t always like that. I know that you had the prettiest smile I’ve ever seen. I know that you enjoyed life and were grateful for every next moment to come. You were that person who would light up the room wherever she goes.

But when you met him, all of that was gone. You stopped smiling. You wanted to comfort me by pretending that you were okay by forcing a smile on your face. But, I knew always. I knew because there was no spark in your eyes and those cute little wrinkles around your mouth when you smiled sincerely disappeared. I knew you were unhappy and I couldn’t do anything about it.

He changed you from the core. Instead of being that happy, likable girl I’d known, you became depressed and anxious. You lied to me, saying that you were sick, that you couldn’t get out of the bed. But I know that you didn’t want to get up. I know that he broke your spirit and I wanted him to suffer at least half as much as what you were going through. But I couldn’t do anything about it. You kept me in the dark. I was just a friend back then and you didn’t want to admit you’d made a mistake. I would have forgiven you. I would have given you everything, even then.

Later on, you said to me that you were ashamed of letting him change you. You admitted that you were going through hell, but you couldn’t let anyone know because you were angry at yourself for letting a manipulative idiot like him destroy you.

You trusted him because he made you feel safe. He tricked you into thinking that he’ll be there for you whenever you needed him, whenever you were hurt. You couldn’t have imagined that he will be the one who will hurt you on purpose, and pretend to comfort and be there for you. You couldn’t have imagined that such a diabolical being like him could walk this earth.

You lost yourself to a man who was incapable of love. You thought you could teach him to love. You saw that potential in him because he enchanted you. He sweet-talked you and made you believe that he is worthy of giving it a shot. But, you can’t teach a narcissist to love. I warned you back then. I begged you to stay away from him, but you kept answering back that things are going to be fine. I had no idea I love you, not until you’d fallen into the arms of another man. A man who didn’t deserve you.

There was nothing I could do but watch you suffer quietly and under the radar. But, you could never hide anything from me. I always knew when you lied right to my face. But I let you think that I’m clueless because I knew that one day, you’ll open up and when that day came, I stood there with my arms wide open, waiting for you to come.

I felt how broken you were. I felt every nasty word he had ever said to you. I felt every punch in your heart. Your bruises hurt me, too.

I wanted to take it all away from you. I wanted to erase everything with only that one hug. And that was only the beginning. That one hug was just the tip of the iceberg.

We’re in this together. The only thing I regret is letting you go with him. I regret I was stupid for not seeing that I loved you even then more than life itself. But, our story has a happy ending after all because I swear on my life that I’m not going to let anyone hurt you ever again.

And in the end, to him, I’ve only got one thing to say: Sleep tight while you can because at the end of our journey, we will all be faced with whatever we’ve done so far. We will all answer for our sins. Just pray you will be able to take whatever awaits you. 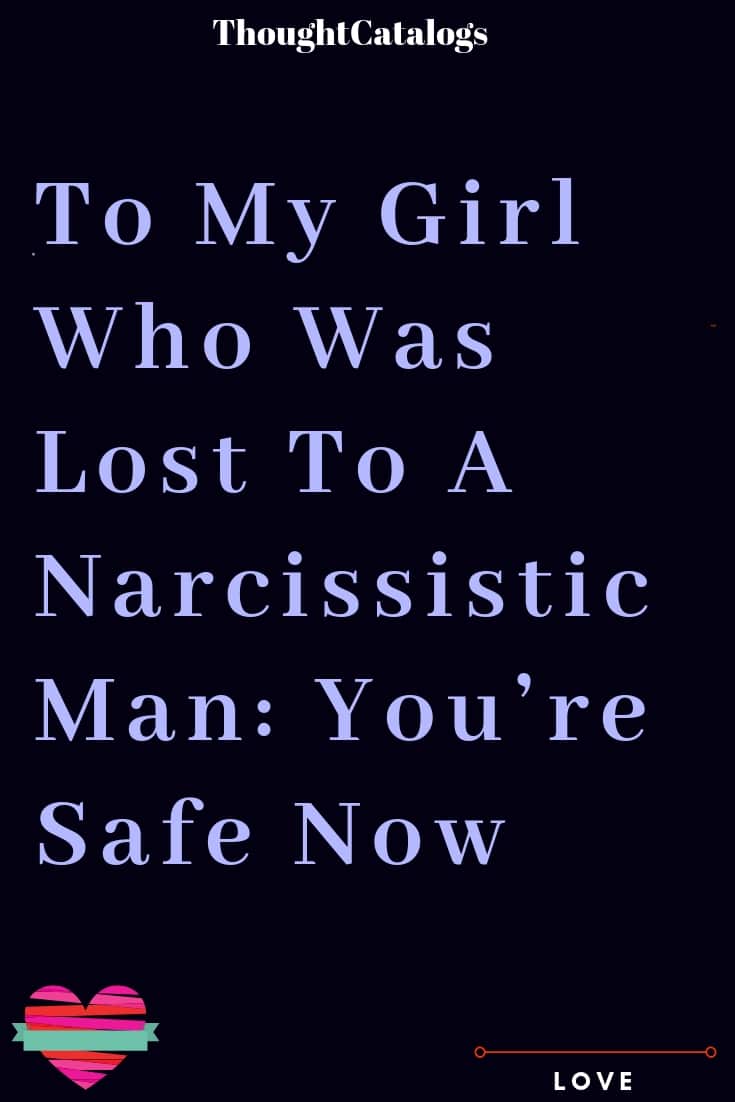 To The Girl Who Wants To Go Back To Him: You Don’t Need Him