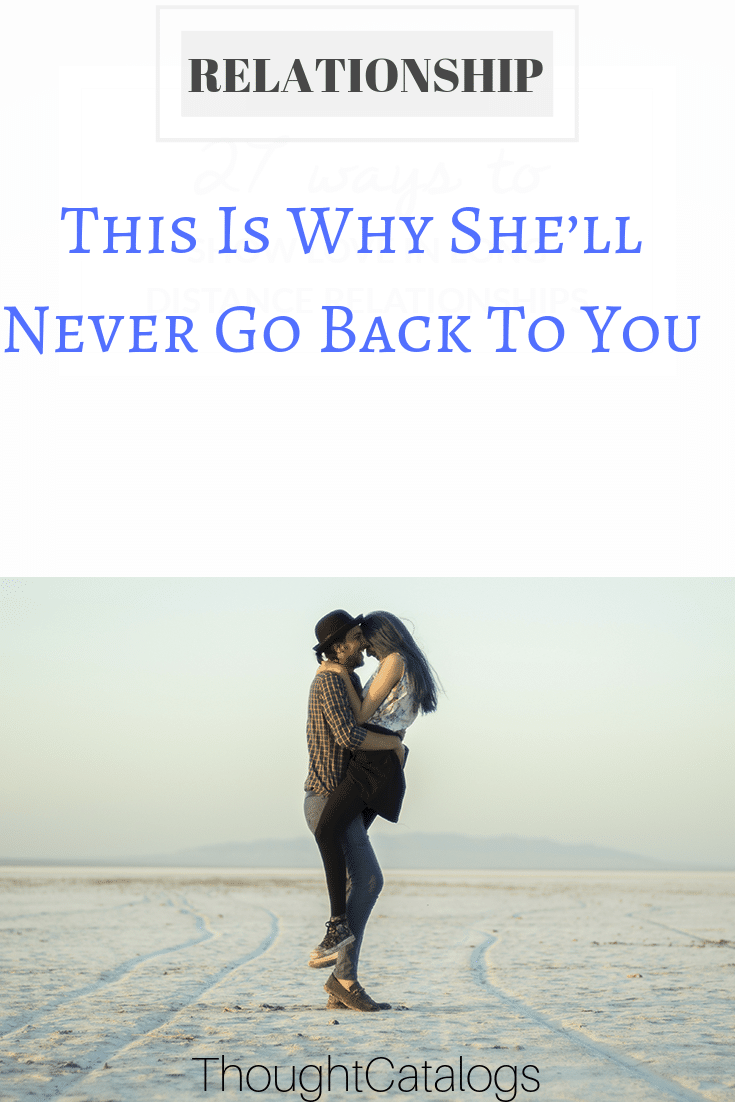 After all, you always had a way of sliding back into this girl’s life. You were always able to sweet talk her into getting back together with you, no matter how badly you screwed up.

And why would this time be any different? Yes, she left you and she told you she couldn’t put up with your bullshit anymore.

But she left you and went back to you numerous times. And this time will surely be no exception.

For years, she’s been trying so hard to keep this relationship alive. She’s been chasing you and trying to keep you around, even when that was the last thing you deserved.

But this time she’s done. This time is the last straw and the last nail in her emotional casket.

Even though you don’t believe me now, wait and you’ll see that this time will be different. And you know why? Because now, for the first time ever, she isn’t going back to you. And there is nothing you can do about it.

This time, she has closed all the doors to her heart and changed the locks. This time, you’ve lost all the keys to her forgiveness.

She’ll never go back to you because she is done hoping that she can save you and that she can make your relationship better. Because she finally accepted that you are the piece of trash you’ve always been.

Because she decided it’s time she starts fighting for herself instead of being the only one struggling for this relationship. She’ll never go back to you because she realized she is stronger than you and stronger than all the feelings she might have for you.

Now she knows that you never were and never will be this man. And she finally stopped looking for him in you.

The Key To Rediscovering Your Happiness, Based On Your Zodiac Sign

7 Places He Touches You: What Do They Mean?

The Energy The New Moon In Leo Brings You, Based On Your Zodiac Sign

Your Zodiac Sign Reveals Why People Feel Intimidated By You

ThoughtCatalogs - March 17, 2019 0
Being single over the holidays can be hard because holiday activities seem to be specifically catered for two: work parties, snowman building, New Year's...