We all have two kinds of people in life: the ones who tear you down and the ones who build you up. Unfortunately, somehow it seems like there are more of those who tear people down in this world.

With time, people have grown distant and somehow careless of other people’s feelings.

“It was just a joke; I didn’t mean it like that!” is just not enough of an excuse. It seems like people enjoy making jokes regarding your insecurities especially when you’re in a large group of people. Their insults tear you down.

Their constant criticism tears you down. Maybe they do it unconsciously, but what are the odds?

It seems like all they notice about you are bad things. It’s like they are watching each step you take and waiting for your mistakes just to rub your nose in them.

They’re ignoring you tears you down.

All your unanswered questions, unanswered calls, and your inability to speak when you are all together just sucks. It’s like they’re doing their best to make you invisible.

Eventually, you’ll get tired of people who blame everything on you. You’ll see how they don’t make you grow and how they don’t add value to your life.

You’re not even aware of what they are doing to your self-esteem. It’s like the more you feel good, the more people need to find what’s wrong and say it out loud. What you fail to realize is the fact that they have nothing else to offer you. They throw shade at you all the time because that’s all they have in them.

They use you as their punching bag to dispose of their insecurities. That’s the only way they can do it. They want you to be successful, but they don’t want you to surpass them. You’re only good to them until you are not better than them. Once you’ve outgrown them, you are representing everything they wish to be, but can’t.

They want to be as funny as you are or they want to be funny at your expense—laughing at your insecurities. They want to have the things you have in life and all that’s good, but once they see that’s too much of an effort, they switch to diminishing the values of those things. It’s a bit sad, isn’t it?

If you don’t believe in yourself, nobody else will. Their words and their intentions will affect you only as much as you allow them to. What they are sending towards you is a gift that you don’t have to keep. Instead, you could thank them and leave their words hanging in the air. Whenever they say something that might make you feel bad, do respond with: “Thank you for your ‘gift’—but I think you should keep it.”

Make a mental note of their faults and list them in your head. That’ll give those people the places in your life which they deserve. It will be your way of reminding yourself how they are not perfect either.  Don’t go down to their levels. Don’t be a shitty person as they are, insulting out loud, because if you do, you’ll make somebody feel as same as you do. Now that you know how it feels, you probably don’t want anybody to feel the same.

As said in the beginning—you have two kinds of people in life: the ones who tear you down and the ones who build you up. Thank them both. 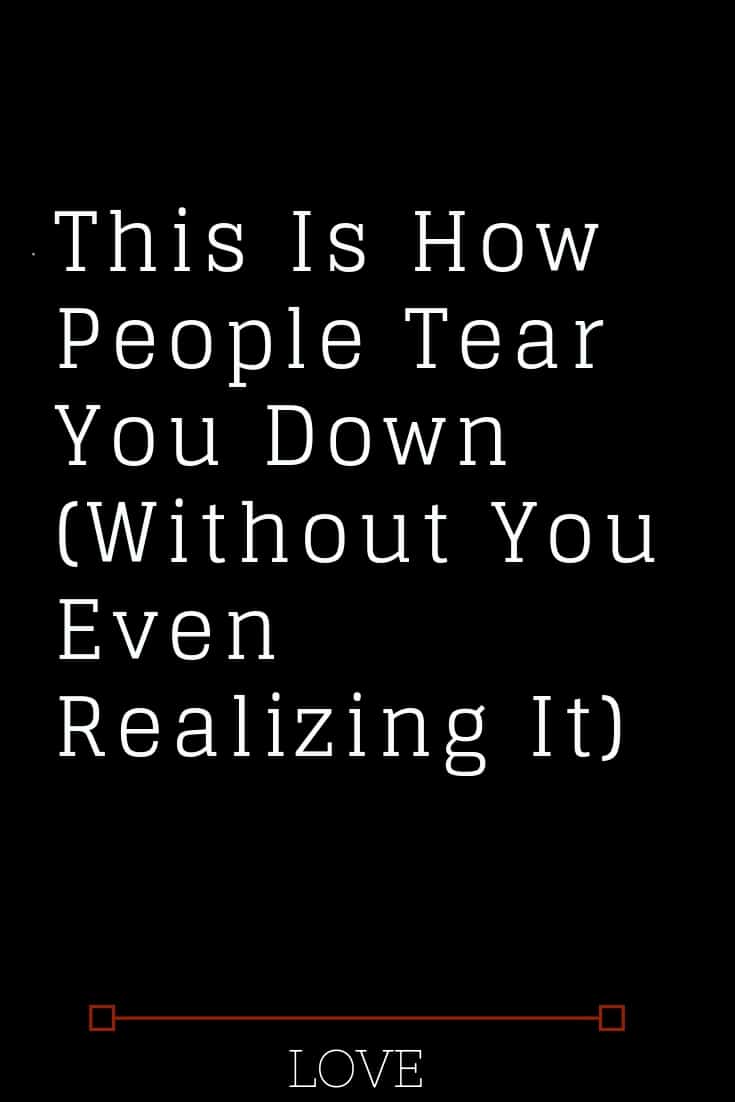 I'm A Virgo; It's In My Sign To Be Hard On Myself.

Virgos Are Very Cautious When Entering New Relationships. They Want To Be Sure They Are Making The Right Decision.