Here we go again. Yet another guy left. I shouldn’t be surprised at all. You would have thought I would get used to it by now, but… no.

No matter how different the ending is, it still hurts. I really need to stop putting my heart on a silver platter for everyone to feel free to help themselves to. Every time it ends the same.

And what do I get from that?

I end up wallowing in my own pain and choking on my own tears. I end up lying in my bed for days, unable to move. I end up disappointed in life. I end up blaming myself.

Or I find myself in a public place where I try so hard to stop those tears from rolling down my face. But, it’s so hard. I cry anyway. My sunglasses get misty because of all the tears. I try to hide so that no one sees me.

But my heart won’t listen. My heart has a mind of its own. My heart gets broken every time.

Life is hard. It’s so hard because you know you depend on someone who you think will eventually leave. At least, in the past they all left. So how can you trust someone completely and invest all of your emotions in a relationship if you know they are going to leave you and that all of your effort and the love you gave was in vain? The only thing you were left with is a broken heart.

Tell me how this can’t hurt?

You have to restart yourself and go back to the time before the previous ending. You have to pick up where you left off. You have to have the courage to do that.

You have to have the strength to keep trying from the start. You have to be strong enough to keep reliving endings.

Surviving these, one after another, only tells you how strong you are and how much you can take. This ending hurts as well, but the last one hurt, too, remember?

They are necessary, because in order to begin something, you need to end something first.

Maybe you shouldn’t look at them as hurtful endings, but unusual new beginnings. 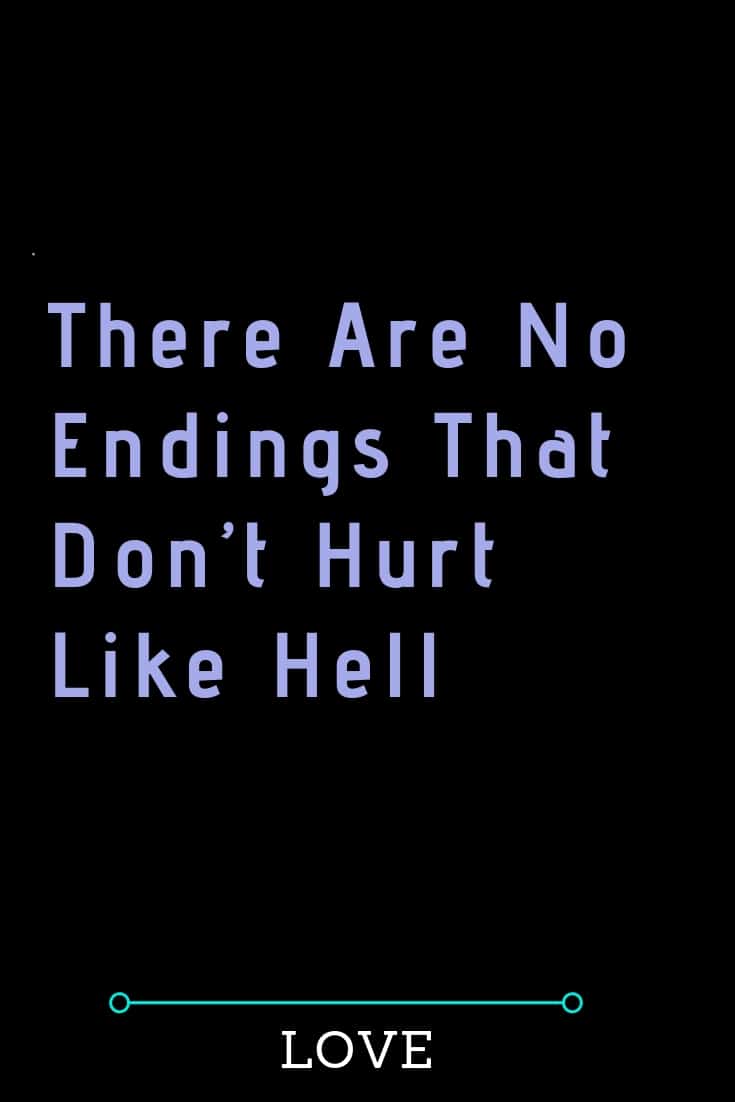 Here’s Why You’re Stressed (And What You Can Do About It Right Now), Based On Your Zodiac Sign

Here’s What It Feels Like To Date 12 Women Of The Zodiac, Based On Your Zodiac Sign
19 hours ago