Have you already, ahem, loosened up on your New Year’s resolutions a little? Well, if so, you’re not alone, since the one I made about cooking every meal at home has already been casually and repeatedly thrown to the wayside, as has my resolution to totally kick sugar. But a little word to the wise: Sometimes, making multiple habit changes at once can be overwhelming. Still, that doesn’t mean you need to give up on them entirely. With the help of the stars, I’m here to guide you into reckoning with the one habit you need to quit for sure in 2018, all according to your zodiac sign.

Yes, while it can be all too easy to lean into familiar bad habits, they can also cause more trouble than they’re worth. So, why not take a little time for self-reflection on which of your rather pesky personality traits and daily tendencies are ones you are definitely ready to ditch this year?

As the saying goes, Rome wasn’t built in a day. So please, be easy and kind with yourself as you try to throw out old patterns and welcome the new. Give yourself the same allowance you might when teaching a little kid how to rollerblade. It’s hard at first, but all of a sudden, you’ve learned a whole new way to move through the world. Here’s the one habit you need to quit, according to your zodiac sign.

Boy, do I relate to this one, dear Aquarius. Because you are so intelligent and often abstract, your range of emotions can sometimes feel a little overwhelming to you, if not rather, well, repulsive.

But you’ve got feelings, too. What might it look like for you to get in touch with them, if just a little bit? Would you consider therapy, or even making a habit out of talking to a friend you trust about what’s going on in your day to day? Even keeping a journal or starting a meditation practice might help you start finessing that emotional vocabulary.

As I often hear in my recovery meetings, the opposite of fear is faith. It doesn’t matter what exactly you have faith in, either, just as long as it’s something other than doom and gloom. But you do have a tendency to worry, Pisces.

The trick with the whole “having faith” thing is to simply start recognizing when you’re making decisions out of fear, or if you’re avoiding things because you’re too focused on the bad that might come of it. You are strong, Pisces — stronger than you think.

Do something each day that feels like the total opposite of your usual MO. Tell that crush that you like them. Ask your boss for that raise you deserve. Take that trip that’s been on your bucket list for ages. Know that whatever you decide, you’re going to be OK either way.

You might — just might — be the type of person who calls your Seamless delivery guy when your food is exactly one minute past the scheduled drop-off time. And you might also be the kind of person who texts your friend five times in a row when they don’t answer within the first few seconds of your initial message.

But patience is a virtue, Aries, so before you act fast, as you often do, practice pausing. Give yourself an extra few minutes every time you feel your internal temperature rise in a situation or you make a snap judgment about someone. You might be surprised how things shift when you allow them just the littlest bit of air.

While you are social and loyal, Taurus, you do tend to be a homebody, and it takes a lot for you to get out there and try new things around new people. But nothing changes if nothing changes, darlin’. So, this year, say yes to the invites more often than you say no, and when that new pal from your pottery class asks you to meet for drinks, smile and nod.

Cancer, Enough With The Mental Merry-Go-Round

You can read people pretty well, Cancer. You’re intuitive and your emotional intelligence is generally top-notch. But that also means you can tell people what they want to hear, or you can tell people about themselves, so to speak, even when they didn’t ask.

Use your powers for good; if you feel like you’re using people to your advantage and their disadvantage, be honest about that with yourself and remove yourself from the situation.

There can be so much indecision in your life, Gemini — so much so that you have trouble making choices about even the simplest things, like what to eat, what to wear, and what to tell people when they ask you whatever it is they ask. Trust me, it usually doesn’t matter if you wear the green pants or the black ones.

Practice going with the first choice that pops into your head and see what that feels like for a while. You might find that, if nothing else, it saves you some time.

It’s Not All About You, Leo

Leo, you are so magnanimous and charming, but TBH, being around you can, at times, feel a little like being a mere spectator at “The Leo Show,” so to speak.

So, take some time this year to work on being less focused on yourself — whether that means signing up to volunteer somewhere or simply asking your pals how they’re doing before you launch full force ahead into that hilarious, albeit lengthy story about your family reunion. Trust me, it will make that big heart of yours even bigger.

Does holding a grudge sound at all familiar to you? Maybe semi-obsessing over the way your co-worker made a comment in that morning meeting? Trust me, I hear ya. People can be difficult to get along with, but holding onto it all only brings more negativity into your life.

Practice letting whatever it is you’re harping on, be it bad or good, take up less space in your mind. Whether that means writing it out in a journal or relegating yourself to one — and I mean one — complaint session with your BFF, do the things you need to do to let it all go and keep on movin’.

You might be the type to avoid an acquaintance’s eyes on the train instead of just saying hello, or perhaps you tell your waiter the food is just fine when in reality he brought you the wrong dish.

While your shyness can be cute, and your tendency to move full speed ahead at times admirable, I urge you to ease up a little this year, Virgo. Say hi even when it makes you uncomfortable, and speak up for yourself, even if it feels scary. Sometimes, ruffling a few feathers is OK.

Scorpio, Try To Be Happy For Others Instead Of Jealous Of Them

Your passion and inner fire are some of your greatest strengths, but when it turns ugly, oh boy — it can get ugly.

Yes, Scorpio, you have a tendency to be jealous and to compare and despair. Why not actively try to wish someone well when they get that promotion? It might feel a lot more freeing than you expect.

Sagittarius, Just Keep It To Yourself

Ah, Sagittarius. You, too, have the tendency to tell people about themselves and say it like it is, all in the name of telling the truth. Well, sometimes, what you think actually isn’t always the end-all-be-all truth of the matter, and can simply make things more tense or confusing.

If you expect the worst, you can only be pleasantly surprised, right?

Well, sure, except that you spend most of your time thinking negatively and waiting for the other shoe to drop. This year, Cap, you are all about thinking positively, or at the very least, not harping on the possibility of doom. When you start planning out all the possible ways things can go wrong, try the opposite. Or, at the very least, put in your headphones and focus on your breathing until all feels right with the world again. 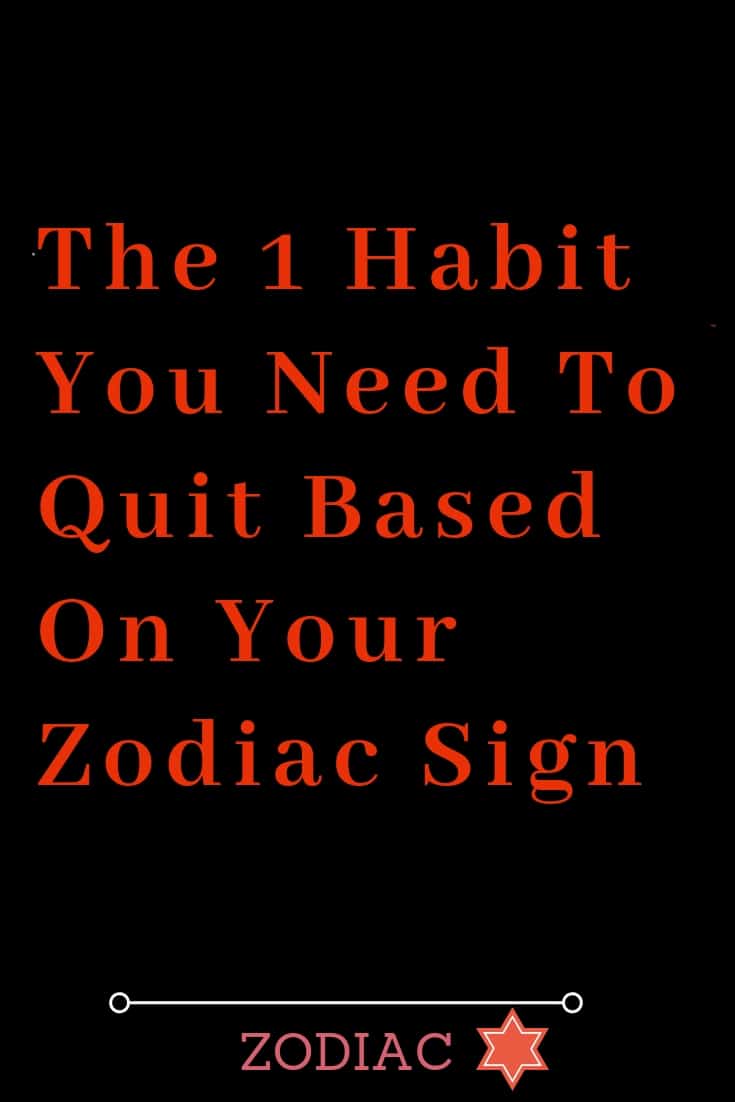 You’re constantly looking into which signs match up with yours. You know, like which zodiac signs will make the best of friends (and only...

What It Means To Love A Woman Fighting Mental Illness

There are so many stereotypes about mental illness, so many times people speak words filled with ignorance and stupidity regarding mental illness. Loving a woman...

How You Find Success Vs. How You Deal With Failure, Based On Your Zodiac

Life comes with both successes and failures. The good and the bad. While we need failure in order to appreciate success, failure in itself...

Here These Are 20 Things That Will Get His Attention

There are many ways to reel in a man, although thanks to social media platforms nowadays, some women believe that being revealing and showing...

The Mercury retrograde is an event in space in which it appears that the planet starts moving backward. Of course, something like this causes changes...
𝐓𝐡𝐞 𝐭𝐡𝐨𝐮𝐠𝐡𝐭 𝐜𝐚𝐭𝐚𝐥𝐨𝐠𝐬 is an Educational & Entertainment Platform theme. Our Team Publishes 100+ Content On Weekend/Monthly. We will motivate the needs of any person & make them inspire instantly You, Will, admit Once You Begin Your Journey With Us. The Thought Catalogs platform is a perfect choice.
© Copyright © 2022 - All Rights Reserved | TheThoughtCatalogs.