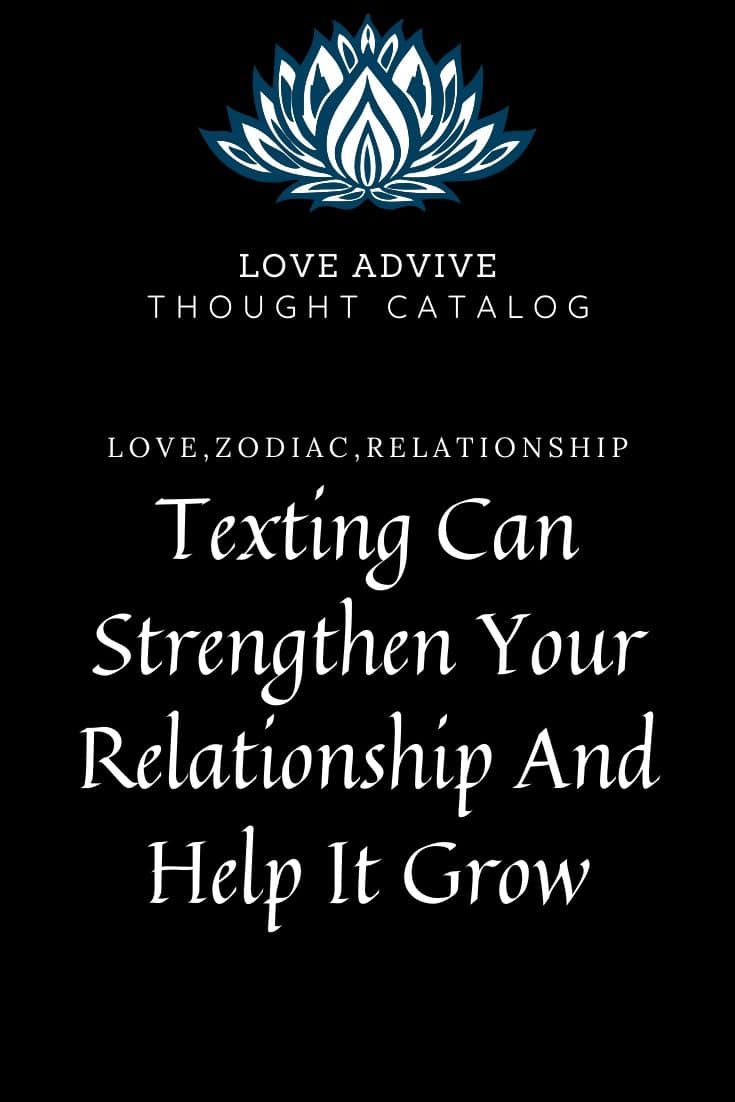 You might feel silly for getting so worked up about someone ignoring your texts or taking too long to answer you or posting on social media without giving you a response. You might feel like it shouldn’t matter all that much to you since it’s only texting.

While seeing each other in person is great, there’s always a chance you’ll fill the time with kisses and make-out sessions without actually learning anything new about each other. But when you’re talking to them over text, you can see whether your personalities align. You can test whether your sense of humor works on them. You can see if the conversations flow easily or if it’s a chore to hold their attention for longer than a few minutes.

When you’re texting them, you’re given the chance to develop a relationship that goes deeper than the superficial level. You’re able to really get to know them.

While you don’t want to be stuck talking to someone you’re interested in over text forever without spending any time with them in person, it’s not a bad idea to get to know them a bit over the phone first. Texting might need seem like the most important thing in the world, but it’s a big part of communication in the modern world — and communication is key to any healthy relationship. If you can’t talk to them, you can’t sustain a relationship with them.

The Pros And Cons Of Dating Her, Based On Her Zodiac Sign