Look at yourself. Look at what you’ve become. Could you ever recognize the woman you are now? Your mind is full of thoughts that don’t lead you anywhere and your heart is broken into little pieces that don’t give you the ability to breathe properly. Your anxiety is getting stronger all because you’re giving yourself away.

Stop fighting for him and leave. Don’t look back at your past, don’t try to change it—or to change him. Put yourself first and let go of that man who doesn’t know how to treat you with respect. This is your time to shine.

You will never be able to change him. You’ve tried so many times to tell him that what he’s doing is wrong and that what you deserve is way beyond what he gives you but he refuses to listen. Stop fighting a lost battle. Can’t you see that he doesn’t care?

Stop fighting for someone who doesn’t want to listen. Whenever you try to tell him about your feelings it backfires because he always has an argument that you don’t know how to respond to, because it hurts you too much at the time. You want him to know how his behavior makes you feel, you want him to know that you’re not happy, but he doesn’t care. Did he ever care?

You can’t save a sinking ship. It’s who he is. The charming, caring, sweet man you met years ago was an illusion. It was an act that he put up to seduce you and make you his. He just wanted to feel needed and loved but loving someone else isn’t his strength. He will never be able to love.

Stop fighting for him because all you’ll get in return is misery. Misery that slowly creeps up your skin and which will send shivers down your spine. It won’t let you stand on your own two feet at all. You will lose all your energy on someone who doesn’t care. Someone who will never care.

That man only cares about himself, while you do the same. You care about him, too but he’s not able to see that without taking advantage of your pure and beautiful heart.

I know that you are a warrior but put your weapons down. You have always gotten what you wanted because you fought for everything you have and are today. You fought for it with the strength that only a woman has. It’s probably very disturbing to know that you can’t change someone’s heart by fighting for it. But there are many more things in life that are way more important than he is.

When you focus on yourself, Mr. Right will come along when you least expect it. He will treat you right and never let you fight on your own, because he will fight with you to have a better life together. It’s better for you to leave now and prepare yourself for someone who’s worthy of your trust and love. 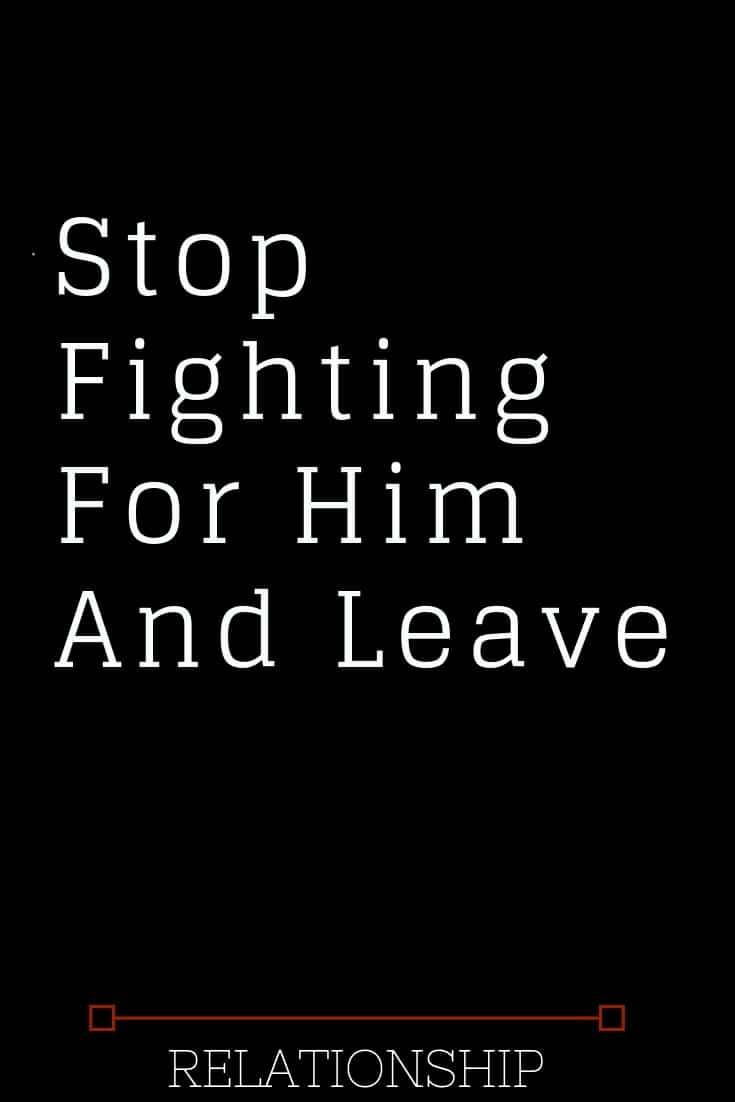 To The Man Who Left Me Without Saying A Word

5 Phrases Guys Use To Break Up (And What They Mean)