The heart wants what it wants.

Should you go out with someone that you’re generally incompatible with?

There are lots of reasons why you might like a person but when it comes to your innate astrology, horoscopes and zodiac signs may not be soulmates right from the start.

No one enjoys being heartbroken after dating someone you loved and later learned you were incompatible.

Finding the right person to date can be hard.

It’s even harder if astrology tells you that you can’t date someone just because of their zodiac sign.

Of course, you can learn from a lover who you mismatched with. If you prefer someone who enjoys literature because of your introverted bookish ways, it can be a refreshing change to love a party animal who helps you to break out of your shell.

When things don’t work out, you’re not exactly surprised, but it would be nice to know how to work around horoscope sign incompatibility.

I mean, how many successful relationships have you seen where the couple’s zodiac signs are considered incompatible? I have actually seen quite a few of them.

This led me to realize that there are certain horoscope pairs who should date each other, even though it’s not written in the stars.

Let me explain: Astrology tells us that Sagittarius and Taurus do not work well together for numerous reasons including the fact that one of them is a fire sign and the other on earth.

But I have personally seen so many long-term successful marriages and relationships consisting of these two signs that it has really made me wonder if astrology is always right when it comes to such black and white assessment.

I have also seen many Geminis pair well with apparently incompatible horoscope signs like Virgo and Cancer, and Pisces and Aries couples having fun even though it’s not supposed to be written in the stars. All these very successful pairs are never told that they can make it according to generic astrology advice.

Over the years, I have tried to find and note the apparently mismatched astrological pairs who somehow made it. And I am going to reveal the list here so you can figure out the zodiac sign you should date even if it’s not written in the stars.

Here is a running list of potential zodiac sign couples who overwhelmingly appeared to have successful relationships with each other, even though they are generally considered to be incompatible.

So let’s dive in to see what zodiac sign you may be incompatible with but that should go out anyway. When the chemistry is there, but the astrology says the stars won’t align just right, there is still hope!

Aries and Pisces have very different personalities. Ruled by Mars, Aries is all about action and forthrightness. They are the go-getters and trend-setters of this world.

Whereas the Pisces is gentle and prefers to wait and watch usually. But when these two come together in a relationship, they can actually make a very loving pair.

Think about these Sun signs’ personalities a little deeper and it would start making sense. Aries is known for its independence, and Pisces can give them their much-needed space since this water sign is also known to retreat in its own dream world sometimes. how to love an Aries and Secrets Things You Need To Know About An Aries

In turn, Aries will also understand when Pisces goes silent for a few days since they value personal space so much.

Also, the fact that Pisces are dreams and Aries are doers can actually work in this couple’s favor since Pisces will usually think about an idea and Aries will help materialize it, making both of them happy in their respective roles.

In terms of their personalities, Taurus and Sagittarius seem almost opposite to each other. Taurus loves its security but Sag constantly tries to get out of its comfort zone and explore new horizons.

On a rainy day, Taurus would love to be under the blankets, perhaps reading something after a hearty home-cooked meal. In contrast, the Sag would probably want to go out and dance in the rain. Or just go out, period. Taurus Man Secrets: Put That Hot Taurus Man Under Your Spell

But there are many things that this two share. Firstly, and most importantly, the bull and the centaur are both very sensual creatures. So there is almost that instant chemistry between the two, and they are often seen having their own favorite places to eat at and similar musicians they listen to.

They are also very honest people and do not like faking anything. This allows a mutual trust to grow, which, let us face it, is a very important element in any relationship.

The childlike Gemini and almost maternal Cancer are not supposed to pair well. But I have personally seen many Cancer-Gemini couples make it to happy marriages. How does this happen? Well, it is very obvious but allow me to spell it out to you! Gemini Man Flirts. But NOT if You Know The Secrets of HIM

Gemini and Cancer can both be very moody in their own ways, and a lot of the signs can find it difficult to understand these two. But when one of these two gets moody, the other seems to instantly know what to do. Here are some qualities of Cancer men and how you should treat them the right way.

Also, many people can get tired of Gemini’s many faces and childlike behaviors. But Cancers can actually find it adorable. In fact, many Cancers feel protective of their Geminis and can lash out at you if you dare say anything against their beloved. So these two should definitely give each other a chance.

Other signs are told they cannot be together because of their differences, whereas the Leo and Scorpio are advised to not date due to their similarities. Both of these are fixed signs, you see. And what happens when two rigid minded, inflexible minds get together? Usually a lot of fights. But surprisingly enough, certain similarities can actually work in their favor.  Leo Man easy to get, but easy to Lose. “HOLD TIGHT” Know the SECRETS

Firstly, you have to understand that both of these signs are very, very passionate.Scorpio’s are more about their emotional intensity, but Leos actually like that about the Scorpios.

Both of them demand loyalty and can have violent tempers should anyone dare to cross certain boundaries. These shared wants and traits can actually bring them together.

And once they are in a relationship, Leos warmth will make the Scorpio feel deeply loved and Scorpio’s intensity will be reassuring even flattering to the Leo. They can definitely make it if they decide to put their egos aside. If you’re planning on dating a Scorpio then you should know the 15 Brutally Honest things about Scorpios.

To many, this is a mismatched pair because Virgo is all about work and responsibilities, whereas Aquarius is about change and revolutions. Virgos are married to their routines and Aquarius love to think about the next big thing. So how can these two make a beautiful pair?

The answer lies in their minds. You see, both of these signs are very intellectual and prefer to lead with their heads. They can be sometimes too cold and rationale for the other emotional signs in the zodiac. Here are the secrets things that you should know about loving a Virgo

So when they finally meet, they can be pleasantly surprised. Also, like the Virgo, Aquarius is also dedicated to his or her work. It’s just that their work tends to be more about breaking the status-quo.

And let’s not forget, Aquarius is the ultimate humanitarian and Virgo, the service-oriented sign, can easily decide to join the water-bearer in his or her quest to bring positive change to the world. How to get a Aquarius Man fall for you

Out of all the pairs listed here, this one seems like the most understandably perfect option that truly belongs in this list. To me, at least, these two seem made for each other.

However, astrology cookbooks would tell you that since Libra and Capricorn make a square aspect, they are incompatible. Don’t pay attention to these generic statements. Just look closely at these signs!

Libra and Capricorn both care deeply about their public image and try to do the right thing, according to their own beliefs of what the right thing is. They can both be very diplomatic and self-conscious. How to get a Libra Man fall for you

These similarities can definitely attract them to each other. However, it’s their differences that can  truly keep them happily together. You see, Capricorn are legendary for their decisive natures, and Libras are complete opposites.  If you’re planning on dating a Capricorn then you should know the Brutally Honest Secrets things about Capricorn.

Capricorns love to be the ones to direct, and Libras love it when someone else takes over. Naturally, when these two get together, they can each feel like they have found their soul mate. 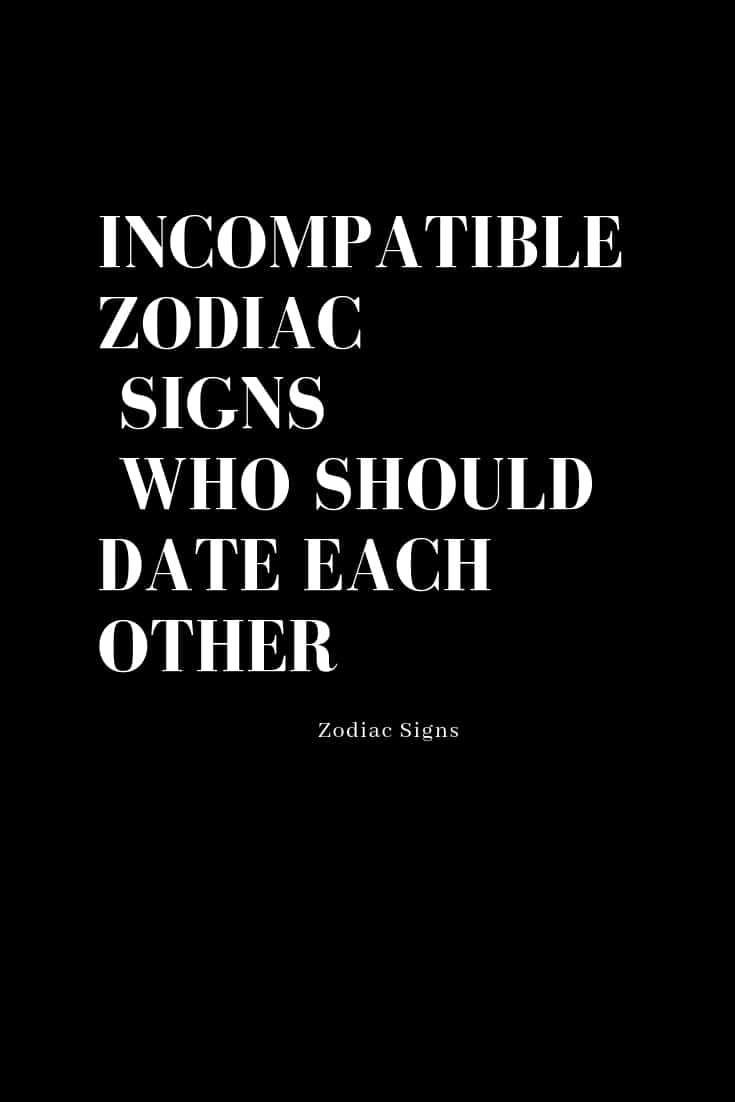 The Best Ways To Overcome Anxiety, Based On Your Zodiac Sign