You know you’re with the wrong person when you feel like all they are doing is stifling you and holding you back instead of adding to your life. With this person, they’d rather sit on the couch all day and watch the same show over and over rather than go out on a little adventure with you – even if that ‘adventure’ is just wandering around the city or going to lay in the park and read a book. But at the same time, they get jealous or anxious when you want to go out and do things on your own. Instead of this relationship bringing you joy and support, all it does is hold you back.

You know you’re with the wrong person when you’re consumed with feelings of insecurity and jealousy – either because your partner is unwilling or incapable of reassuring you, or simply because you’re in the wrong relationship and your gut realizes it before you do. All this person is doing is exacerbating your trust issues, and you can’t help but constantly stress over who they’re texting, why you’re not emotionally connecting, and why you two can’t simply be on the same page. Instead of this relationship making you feel cherished and safe, it just makes you feel constantly uneasy and on edge.

You know you’re with the wrong person when they make you feel like you have to explain your feelings or apologize for them. Instead of feeling like you can open up and talk to them about your worries, your anxieties, your relationships, etc, they tend to close off and keep things to themselves (and want you to do the same). Instead of being in a relationship where you feel like they understand you better than anyone, you feel more isolated and alone than ever.

You know you’re with the wrong person when you feel like they drain you instead of energizing you. You’re such a creative, hardworking, and enthusiastic person, so it’s really important to you to be in a relationship where you feel supported, encouraged, and excited. But the person you’re with now tends to bring out the more complacent side of you, letting you get away with whatever you want instead of calling you on your bullshit and challenging you when you need to be challenged.

You know you’re with the wrong person when the relationship only seems to cause you consistent anxiety and stress instead of doing the opposite. The best kind of relationship for you is one where everything is out on the table, there are no games, you’re completely honest with each other, and you’re with someone who makes you feel relaxed and steady and okay – even when you’re not in control. But instead of being in a relationship like that, you’re with someone who just makes you feel like you never know where the two of you stand and like you can’t stop overthinking every single little thing.

You know you’re with the wrong person when you feel like you have to make yourself smaller in order to make them feel more comfortable. Rather than being with someone who can keep up with you, you’re with someone who feels obsessively insecure and inadequate about how many friends and activities you have going on at all times, which ends up making you spend more time trying to change yourself for them and no time simply being in a relationship that brings you joy.

You know you’re with the wrong person when you keep retreating further into yourself and defaulting to keeping things from them rather than feeling comfortable enough to share your deepest worries, secrets, and insecurities with them. You also feel like rather than being supported by them and encouraged about pursuing your goals and chasing after your dreams, all they’re doing is making you feel inadequate and alone.

You know you’re with the wrong person when you spend all of your relationship feeling weighed down and overwhelmed by their pessimistic, needy, defeatist, and negative nature. Instead of feeling like you can relax and be your three-dimensional self around them, you feel like you have to overcompensate with an unnecessary amount of optimism and positivity just to get yourself (and them) through the day. And the worst sign of all that you’re with the wrong person is that rather than being excited to see them or be around them, all you feel is a heavy dread.

You know you’re with the wrong person when you feel like they misunderstand every single aspect of you. They don’t get your humor and you’re constantly having to explain that you were kidding or being sarcastic. You also feel like you’re constantly sifting through a bunch of arbitrary and pointless dating/relationship expectations just to make it work. Instead of being in a relationship that makes you feel understood and fulfilled, you just feel constantly tired and frustrated.

You know you’re with the wrong person when you feel completely incapable of talking to them about the deeper and more emotional things. You have a hard enough time with that already, and a difficult time with trying to avoid your instinct of wanting to remain aloof and closed off. So this relationship is just a nightmare for you because you don’t feel safe enough to open up and be your most authentic self in front of them.

You know you’re with the wrong person when being with them only makes you feel more lost, listless, and isolated. You have a great imagination and a lot of big ideas about where you want to go, but your relationship with this person has fallen into an awful, monotonous, and lethargic routine. Instead of feeling like your partner is someone who can help you, encourage you, and grow with you, you just feel like being with them makes you more confused, spiritless, and lost in terms of who you are and where you want to go. 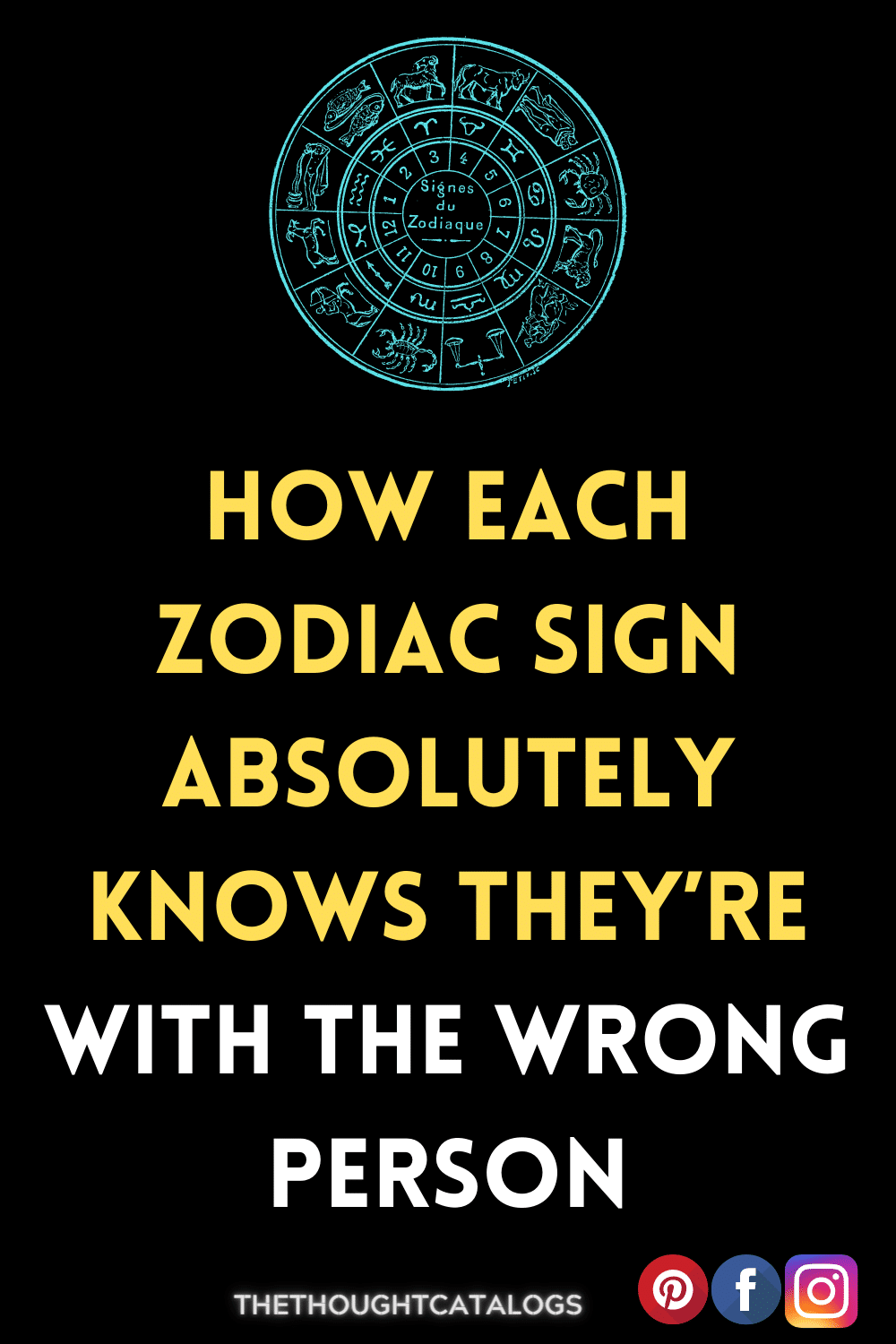 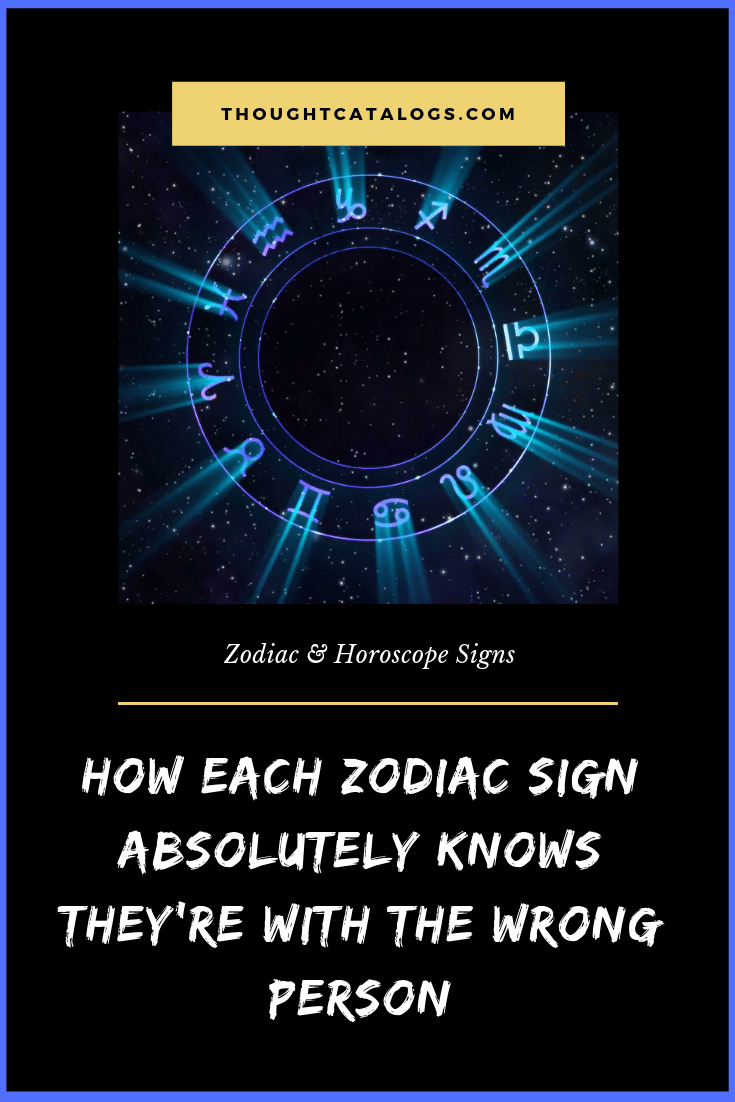 1. Aries Let your feelings show. You have the tendency to bottle up all the emotions you feel and go and do pretty much anything, instead...

On Thursday, you will tend to focus your attention mainly on children or family members. Your homework will be your priority. Everything will be well...

I’m really tired of stumbling upon emotionally immature men a.k.a. boys in the dating world. I used to wonder: “Aren’t there any real men left? And,...

2022 Will Be All About Learning What Balance Is

2022  brings equilibrium within us. We can be guided by idealism and also high desires but as we start moving forward, we can ground...

Learn from your mistakes. Let your past guide you to a better future and don’t gamble away the best thing that has ever happened...
𝐓𝐡𝐞 𝐭𝐡𝐨𝐮𝐠𝐡𝐭 𝐜𝐚𝐭𝐚𝐥𝐨𝐠𝐬 is an Educational & Entertainment Platform theme. Our Team Publishes 100+ Content On Weekend/Monthly. We will motivate the needs of any person & make them inspire instantly You, Will, admit Once You Begin Your Journey With Us. The Thought Catalogs platform is a perfect choice.
© Copyright © 2022 - All Rights Reserved | TheThoughtCatalogs.