It really is a different kind of break up. And even though they’re both unfortunate circumstances to find yourself in, one is definitely worse than the other.

Naturally, we are all going to deeply love our best friends and our boyfriends. However, it’s no secret that the pain of losing one is always going to be significantly much more than the other. It’s a different kind of pain when you have to break up with a best friend.

Think about it for a second. She’s your absolute favorite person in the world. She is someone who you know will always give you a shoulder to cry on whenever necessary. She is the one who is going to be open to anything you have to say about life. In fact, there are a few things that you can always go to your best friend about and not your boyfriend.

It’s going to be a really tough task for you to try and replace someone like that in your life. In fact, that might be a void in your life that you will never be able to fill. The harsh truth is that your best friend is irreplaceable. This person is one in a million. Sure, you can fall in love with a guy and have things not work out between the two of you. But you can move on to someone new and be totally okay.

Is it the same with a best friend? Not necessarily.

Once you lose a best friend, that’s the kind of loss that not even a boyfriend would be able to replace. There are so many reasons as to why best friends might have to part ways. Maybe an unfortunate accident takes place and then they’re just gone from the face of the earth.

Maybe the two of you have a fight and you just can’t find a way to meet each other halfway ever again. Maybe it’s a matter of miscommunication and misunderstanding. Or maybe, she just vanished from your life without a trace and you don’t really know the reason why.

It always hurts whenever a best friend has to leave you. You always feel somewhat empty and lost. You feel like you’ve been hurt and abandoned even though it might not really have been anyone’s fault.

In all honesty, its’ really hard whenever you lose your best friend. And it’s going to be a lot harder to recover from that kind of loss than it would be to lose a boyfriend. It’s so hard to find that one person who is going to have so much in common with you. It’s going to be nearly impossible to find a friend with whom you are just always connecting with so seamlessly. It’s always so hard whenever you lose a best friend because you’re not just losing a person, you’re losing an external connection of yourself.

In order to establish a really strong friendship with someone, you always need to have a healthy sense of honesty and realness with one another. There are so many things that can go wrong in a friendship. But if you stay honest, then it’s much easier to stay on the same page so that you don’t have to worry about facing the challenges together. It’s only through such openness that you would be able to establish a strong bond with one another.

Yes, best friends are supposed to last forever but that isn’t always going to be the case for everyone. And sometimes, it’s going to be completely out of your control. Sometimes, you will want to fix it without really knowing how. And that kind of helplessness is just devastating. It’s never easy to lose a person like that. But you just have to believe that one day, you’re going to be okay.

You should also check  10 Brutal Reasons Why Women Left Relationships

One day, you will get up and get back out there. You will meet new people and you will develop intimate friendships again. Losing a best friend might be one of the worst things to ever happen to you. But it isn’t the end of the world. 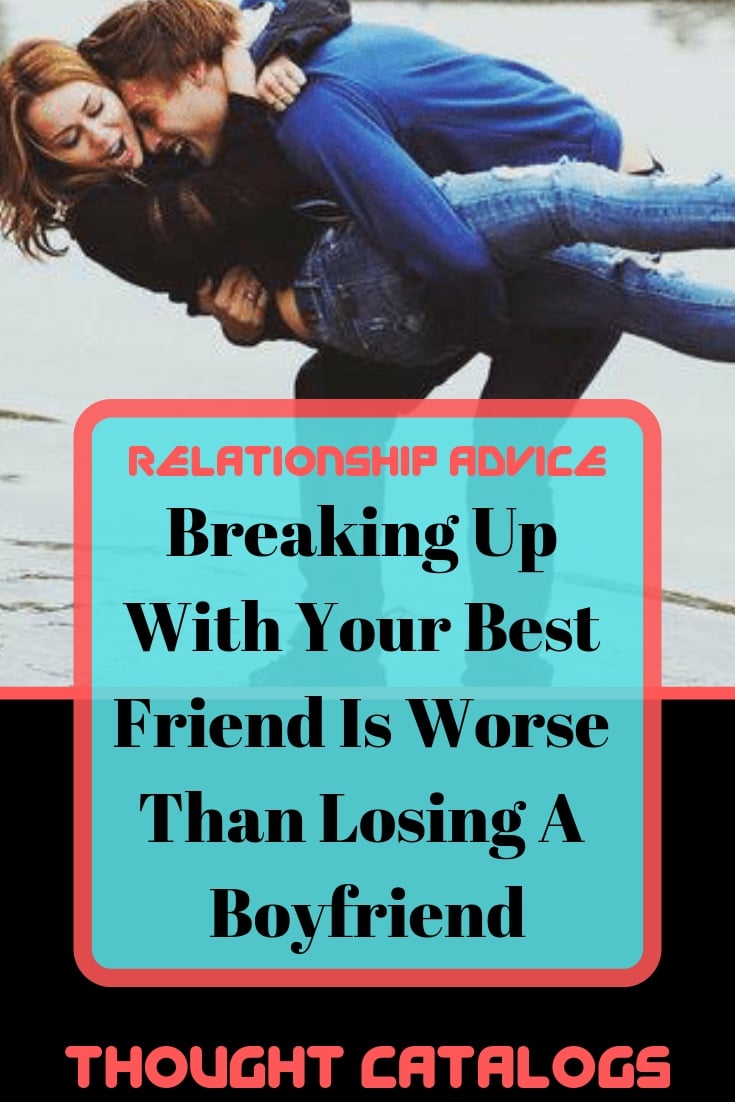 Check Also
Close
Featured Posts
2023 Horoscope: Male Zodiac Signs Who Stay Forever Single In 2023 (No Matter What You Do)
21 hours ago

How These Beginning in 2023 Is Going To Test, Based On Zodiac Signs
22 hours ago

These 4 Zodiac Couples That Are Most Likely To Divorce Or Break Up In 2023, Based On Zodiac Sign
22 hours ago

Here’s What It Feels Like To Date 12 Women Of The Zodiac, Based On Your Zodiac Sign
22 hours ago